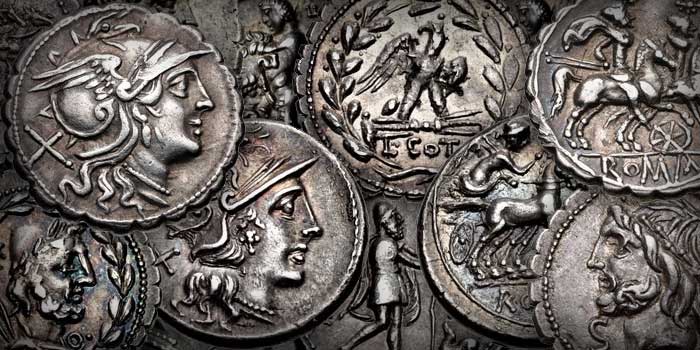 The following is a statement delivered at the Wednesday, July 22 meeting of the Cultural Property Advisory Committee (CPAC) by lawyer and numismatic advocate Peter K. Tompa concerning proposed updates to the 2021 renewal of the Memorandum of Understanding (MOU) with Italy. These updates threaten American collectors’ ability to collect ancient Roman coins. Tompa’s statement was originally published on his blog Cultural Property Observer. —CoinWeek

Thank you for listening today to Global Heritage Alliance’s concerns about the MOU with Italy. I am also happy to answer questions about the GHA’s and IAPN’s papers on both Italy and Colombia, which I authored.

Current events, including mobs tearing down historic statues and Erdogans’s conversion of Hagia Sophia from a museum to a mosque, as well as the reaction of archaeological advocacy groups and some of their prominent members, raise the fair question whether lobbying on behalf of foreign governments directed at suppressing market demand is really about conservation, or about exercises of power and control.

That in turn suggests that it is time for this Committee to consider a new paradigm, one which focuses not on suppressing all trade of every conceivable artifact with embargoes, but which instead facilitates lawful trade in objects, especially those legally available for sale within the country seeking restrictions.

There is no better place to start than this renewal. Legal trade in cultural goods of Italian types has already been embargoed for 20 years. During this period, Italy’s Carabinieri have mounted a successful campaign against looters. However, largely due to the sheer number of historic sites, lack of funding and corruption, the Italian State has failed to preserve all the cultural heritage already in its care. As set forth in the IAPN’s study, this is particularly true for small, commonplace items like coins.

What does GHA request?

First, we join hundreds of coin collectors to ask that under no circumstances should the designated list be expanded, particularly to late Roman Republican and Imperial coins. As set forth in IAPN’s papers, only 2.8% of Roman Imperial coin hoards containing coins from Italian mints are found within Italy itself making it impossible to fairly consider them Italian cultural patrimony.

We also believe that the Cultural Property Implementation Act (CPIA) mandates that the current Italian designated list needs to be reformed to ensure it only covers items only found in Italy. For coins, this means—using the Greek designated list as a model—that at least larger denomination coins that circulated in international trade should be delisted.

We also request that any renewal be conditioned on Italy immediately facilitating the licit export of any item legally available for sale within Italy itself. Despite solemn promises to do so under each of the prior MOUs, Italy has actually made it harder to export ancient coins of the sort openly and legally sold within Italy itself.

Finally, this Committee should also facilitate lawful trade by requiring US Customs to accept legal exports from sister European Union countries as legal imports of items on the Italian designated list into the United States. As set forth in our papers, such a modification of the MOU is not only consistent with the UNESCO Convention but Italian law. Thank you.

CoinWeek Podcast #137: Standing Up for Coins and Battling MoUs (with Peter Tompa)