Morton & Eden, the specialist London coin and medal auctioneers, are delighted to announce an important single-owner sale of ancient Greek coins of exceptional quality and rarity. The collection will be offered in London on Monday October 24 and is expected to realise a total of £1-1.5 million.

Being sold anonymously, the collection was formed over the last 50 years. It comprises 168 individual coins covering mainly the archaic and classical periods (6th to 4th centuries BC). Many significant examples were purchased in the 1960s and 70s which are only now being returned to the market having been previously unavailable to present-day collectors. 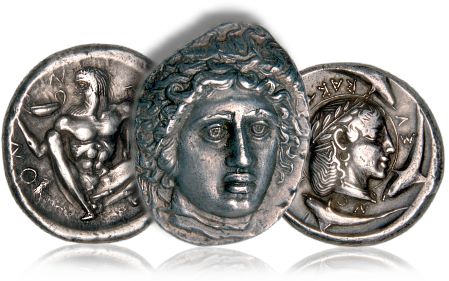 The owner of the collection has researched and recorded the provenance of each coin to be offered and details will be incorporated within the fully illustrated sale catalogue.