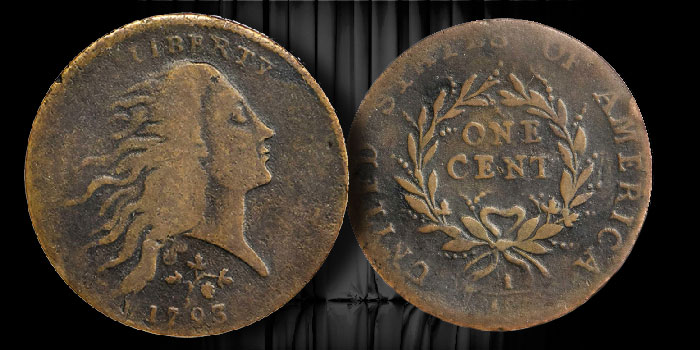 Stack’s Bowers Galleries is thrilled to present the ESM Collection of United States Large Cents as part of our August 2020 Auction.

The collection comprises a virtually complete set of large cents by major variety, spanning all issues from 1793 through the end of the type in 1857. Featured are all of the most iconic issues and the rarest Guide Book types, often in Condition Census quality.

Included are three examples each of the legendary 1793 Chain cents and 1793 Wreath cent – including the Parmelee specimen of the famous Strawberry Leaf, the finest known of the variety.

Also featured is a 1794 Starred Reverse and two different varieties of the 1795 Jefferson Head. The Classic Head, Matron Head, and Braided Hair varieties are often represented in the ESM Collection by Choice or Gem examples, including an exceptional MS-66 RB (PCGS) 1811 Sheldon-287 and a Superb Gem MS-67 BN (PCGS) 1830 Newcomb-6.

Rarely has such an impressive offering of early, middle, and late dates been offered in a single sale, and we expect considerable interest from students of early American copper.

The ESM Collection of United States Large Cents is now available for preview on our website and will be included in our printed catalog to be published in early July. Contact us today for more information on this incredible collection or to secure your copy of the printed catalog.