According to the firm, the collection is a true treasure trove featuring nicest, finest, rarest Proof Sets, Tokens, and Paper Money, among Others…

Coined “The Philadelphia Collection,” William M. Rosenblum is preparing to auction one of the best, most impressive and varied collections of major rarities of Israeli, Palestine, Egyptian and WWII materials.

Rosenblum, one of the world’s premiere numismatists, will be presenting “The Philadelphia Collection,” over the course of multiple mail-order auctions, the first scheduled to open in mid-October. Collectors, buyers, historians and curiosity-seekers should visit www.rosenblumcoins.com to be alerted to the sale and sign up for the catalog.

The Philadelphia businessman purchased his first coins from Rosenblum in 1973, and quickly became a true collector and aficionado, who received much joy in assembling his robust portfolio. From early small-change tokens, to the famed 1927 Palestine Double Proof Set, remarkable provisional issues of 1948, among hundreds more, “The Philadelphia Collection” would still be growing, if it were not for his passing.

“This truly is the best overall collection I’ve ever offered via auction in my 44 year career,” Rosenblum said. “Many of the items have passed through my hands before. It’s also quite a sentimental collection. Not only did I help procure many of these pieces for the collector, several were sold to him by my father.” 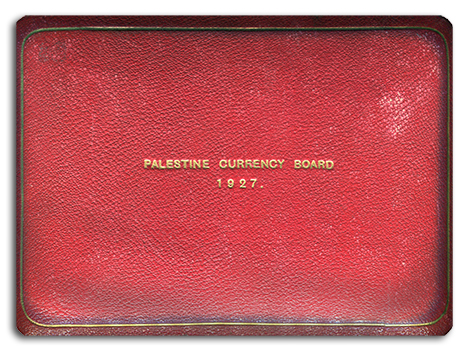 The sales will also contain perhaps the largest and most varied offering of “Kollel” notes ever assembled. “Kollel” notes are basically promissory notes issued to support students studying in the Holy Land during the last years of the Ottoman Empire. The notes were usually backed my either communities in Europe or notables living in the Holy Land. A few other areas that are especially strong in the collection are emergency small change tokens used in both the British Palestine Mandate as well as the young state of Israel from the early 1940’s through the early 1950’s, stock certificates and other large financial instruments used in the Holy Land during Ottoman and British rule and a number of letters, documents and signed photographs.

Rosenblum has been issuing price lists and conducting auctions since 1971 and continues to be a leader in the field of Jewish and Holy Land related numismatic material. His sales do not have a buyer’s fee. The catalog, when ready in mid-October, will be available in both a printed version and an on-line version. Virtually all lots will be available for viewing at Rosenblum’s table at the October Denver Coin Expo, October 23-26.

The Philadelphia Collection auction will be available mid-October, closing November 13. A printed catalog will be sent gratis to Rosenblum’s regular clients, others can reserve the catalog (with prices realized to follow after the sale) for $15 for US delivery or $25 everywhere else.

For more information contact Bill Rosenblum at [email protected] or via phone at 720-981-0785. Other details will be announced from time to time at www.rosenblumcoins.com.