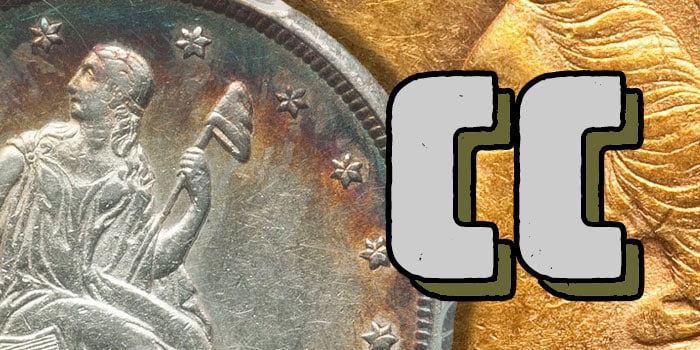 Anthony Ray Arnold–Tony to those who know him–achieved success, serving the United States admirably, during his 29-year naval career. During retirement, he fulfilled a goal that sort of just evolved when he added the 107th piece to his well-matched Carson City coin collection.

Enlisting in the US Navy in July 1960 as a Seaman Recruit at age 18½, Tony was eventually deployed to Vietnam’s perilous combat region north of Danang in March 1966 at the age of 24½. Serving as a hospital corpsman (an enlisted medical specialist) Tony experienced the brutalities of war casualties, providing medical care and trying to save lives mostly among Marine units. Injured during battle conditions himself, he received a Purple Heart.

Following his Vietnam deployment, Tony progressed through the ranks to the rate of Chief Hospital Corpsman. Through a special program offered to eligible enlisted Navy personnel, Tony accepted a commission as an ensign in the Navy’s Medical Service Corps in February 1970. He became what is respectfully called a “Navy Mustang” officer.

Although Navy Mustang officers don’t originate from the same so-called “thoroughbred” stock as do Academy-trained and college-degreed Navy officers, Mustang officers possess field experience, enabling them to perform duties requiring commissioned ranks and protocol. Just as mustang horses (because of their free roaming on the wild ranges) might often adapt better to unique situations than their thoroughbred counterparts, Mustang officers exhibit similar traits. Such officers are said to sometimes offer greater technical expertise and efficiency in certain missions than their Academy-trained colleagues. Mustang officers take pride in their adopted motto, sursum ab ordine, or “up from the ranks.”

After receiving his commission, Tony served as an instructor at the Hospital Corps Schools, did tours at Naval Regional Medical Centers, taught applied medical science at various Navy and Marine schools, held a commanding officer position in the First Medical Battalion, and was an aide to a Surgeon General of the Navy. The Navy promoted him to the grade of Commander in October 1984, the rank at which he retired in April 1989.

Nearly 10 years later, Tony says he “rediscovered the joys of coin collecting.” His best friend and longtime loving wife, Mary Ann, encouraged him then and continued to stand by him each step of the way as he pursued his numismatic dream. Mary Ann, herself a retired Navy captain whose career spanned decades as a nurse, willingly inspected every coin Tony bought. She learned vicariously about what makes coins desirable and thus shared in Tony’s passion.

Tony and Mary Ann first visited our coin shop in Reno, Nevada, in late 2001, shortly after we opened it. By then, Tony had dabbled in many U.S. coin series, from Shield and Liberty Head nickels to various issues from the early 20th century. He bought his first Carson City coin, an 1881-CC Morgan dollar, in May 2000. Little did he know at the time that he would count that silver dollar as Coin No. 1 in his quest to accumulate as many of the 111 different date-denominations as possible in a basic complete set of Carson City coinage.

During his frequent visits to our Reno coin shop and influenced by his membership in the club we launched in summer 2005 (Carson City Coin Collectors of America), Tony directed his attention to the 111-piece “CC” coin challenge. He gradually traded in all his non-“CC” coins so he could advance his Carson City coin-set efforts. Though he occasionally bought at coin shows and from other dealers, Tony eventually enlisted me as his “CC” coin provider and—what he calls—his mentor.

Along the way, Tony contributed articles about his coin pursuits to our club’s journal, Curry’s Chronicle. He also presented talks about his numismatic experiences at regional club meetings.

We christened his “CC” coin set the Navy Mustang Collection, which resonates deeply with Tony because of what “rising up through the ranks” meant to him many years earlier. By the summer of 2013, Tony achieved a major milestone. His article about his acquisition of Coin No. 100 for his “CC” coin collection—a handsome 1879-CC eagle ($10), PCGS XF45—appeared in our club’s journal. Knowing the coin’s rarity and appreciating the obstacles faced by collectors in building a complete set of Carson City eagles, Tony stated in his Fall-Winter 2013 Curry’s Chronicle article: “I love all of the Carson City Mint coins, but I especially enjoy the $10 gold pieces because of the elusiveness of most issues from the 1870s in any grade.” He added (relative to acquiring the 1879-CC eagle): “I’m so pleased that the coin that earned me admittance into the Century Club is not only the lowest-mintage Carson City eagle but is also the lowest mintage gold coin from Nevada’s hallowed mint.” The Century Club denotes all collectors who have acquired at least 100 (out of 111) different date-denominations with the “CC” mintmark. Much work remained after Tony’s admission into the Century Club. He realized that four “CC” date-denominations (the “Royal Quartet”) would remain beyond his reach: the 1873-CC Without Arrows dime and quarter dollar, the 1876-CC twenty-cent piece, and the 1870-CC double eagle have eluded more than a few determined pursuers of a complete 111-piece “CC” coin set. Nevertheless, the other seven issues standing between Tony and the “doable” 107-piece goal presented him a perpetual thrill-of-the-hunt adventure during the next ensuing nine years.

He systematically and perseveringly acquired each of the seven pieces, working with what Tony admittedly calls a “limited, retired Navy Commander’s budget.” In May 2018, Tony jumped a major hurdle, with the acquisition of Coin No. 105, a PCGS VF25 1870-CC eagle. If the 1879-CC eagle excited Tony in 2013, this first-year-of-issue key date made him jubilant!

By reaching the magic number of 107, Tony achieved something that many “CC” coin collectors aspire to but few attain. Only the most advanced (and fortunate) collectors have ascended this number, with only two (Louis E. Eliasberg, Sr. and Mr. Battle Born) having thus far achieved completion by rising to the revered 111-piece pinnacle.

The fruit of Tony’s determined efforts allowed him to assemble an unquestionably impressive Carson City coin collection far beyond the scope of what he could have imagined when he purchased Coin No. 1 (1881-CC Morgan dollar) in 2000. Additionally, he discovered through his journey that the kingdom populated with Carson City coins fulfills his love of history. He also learned that passionate persons of all stripes sharing his curiosity for interesting facts inhabit this realm. Studying the Carson City Mint’s rich history transports them back to a time and a place when precious metals served as money. Residents of the small Nevada town where coins clanged off a minting press danced quadrilles at balls and picked political candidates based on the candidates’ positions on the silver question.

Tony began his quest in the humblest manner, and never claimed to be an expert. As he confessed in his 2013 Curry’s Chronicle article, his pursuit of his complete-as-possible “CC” coin collection “could best be described as fumble, stumble, and regroup.” However, by the time he hit his best stride, Tony could explicate like a seasoned veteran reasons why certain coins delighted him. As an example, when speaking of the lowest graded piece in his collection—an 1871-CC quarter dollar, PCGS FR2—he called it “The ‘Fairest’ 1871-CC Quarter of Them All.”

To him, its captivation lies in its honest-to-goodness original appearance and all the stories it could tell of its travels through many decades.

Tony’s approach to coin collecting is like his Navy career path insofar as he started at the lowliest rank and, through grit, study, dedication, and perseverance, he rose in rank and respectability. In comparing Navy Mustang officers with Academy-trained officers he makes a keen observation. According to him, those who graduate from formal training and immediately enter the Navy as commissioned officers, “go through a rigorous schooling of custom, courtesy, and tradition.” On the other hand, “Mustang officers, like me, are commissioned first and then attend ‘knife and fork’ school.” In considering the wholeness of Tony’s “CC” coin collection, one can see that, regardless of any “fumbling” or “stumbling” on his part, he executed his task with dignity. This is especially borne out in the three gold coin series. Tony’s complete half eagle and eagle sets, and his nearly complete double eagle set (missing only the 1870-CC) earn him much pride. Many very desirable high-grade specimens glitter the gold categories in his collection. The 1870-CC half eagle, PCGS XF45 CAC, for one, exhibits much charm.

Tony also deserves commendation for his silver-coin sets. Ranging from some conspicuously lower-grade pieces up to the About Uncirculated to Mint State sphere, this entire grouping computes to an undeniably impressive grade-point average. “Well-matched” appropriately defines the sets across the board.

The Navy Mustang collection exemplifies how a person on a military pension with limited financial resources can, through a desire to learn—with forbearance—build an outstanding and comprehensive Carson City coin collection.

Tony turned 80 in February 2022. After contemplation, he believed the time had come for him to pass on his cherished “CC” coins to other collectors. He and his wife, Mary Ann, will relish knowing that Heritage’s auctioning of his collection (late August 2022) will scatter the coins in all directions, with Tony wishing all new recipients “fair winds and following seas.”

Aye aye, commander. We salute you not only for the wonderful Carson City coin collection you assembled, but for your honorable military service for our country.