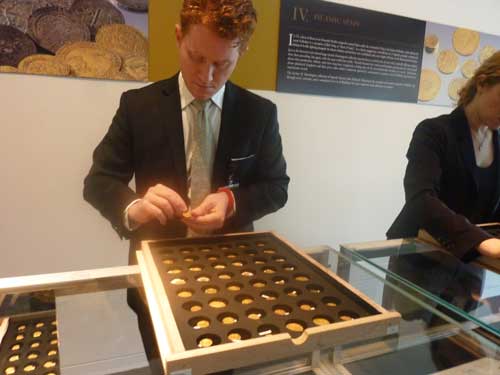 [More on this here, regarding possible deviation from founder Archer Huntington‘s trust indenture.]

One’s worst fears are now being realized regarding the Hispanic Society of America‘s recent sale of 37,895 coins. This incomparable collection—the entire history of Spain, from the 5th century B.C. to the early 20th century, stamped in gold, silver and bronze—had been given to the HSA (a New York City institution devoted to Spanish art, literature and history) by founder Archer Milton Huntington. Now it is being broken up and is likely to be widely dispersed.

The stepson and megabucks heir of railway magnate Collis Huntington, Archer enriched the HSA not only with his acquisitions (including masterpieces by Goya, Velázquez and El Greco), but also with the property for its palatial Beaux Arts home (designed by his cousin) and generous financial support. His 1907 trust indenture governing his benefactions to the nascent institution included a no-sale stipulation (pp. 3-4).

Although the HSA’s director, Mitchell Codding, had told the NY Times last fall that the coins would be sold only to another public institution, they were (after attempts to find an institutional buyer failed) offered to all comers in a sealed-bid auction at Sotheby’s that ended on Mar. 8. Although they were sold as one lot, there were no strings attached regarding the possible (now likely) dispersal of the collection through resales.

Here’s my CultureGrrl Video of Sotheby’s vice president David Redden, describing the importance and the marketing of the collection to a small group of journalists who showed up for the presale preview:

The winning bidder—thought to be a dealer consortium that included Jesús Vico, a prominent coin seller in Madrid—is now breaking up this previously important cultural and scholarly resource. Some 1,004 coins are being offered (click: “Subasta Extraordinaria”) at a Vico auction on June 26. Missing from the eclectic selection are any of the Roman gold and Islamic coins that were part of the HSA’s jettisoned holdings.

Ten Excelentes (front, back and detail), as seen in Vico’s online auction catalogue

Here’s a better image of that coin: 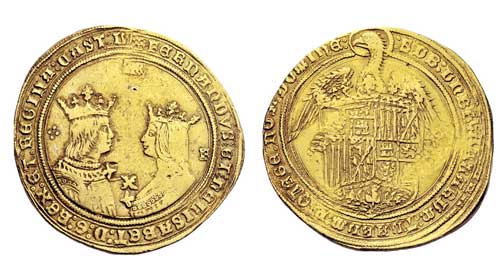 The good news is that some 10,000 of the dispersed coins are returning to the American Numismatic Society, the institution that had custody of them since 1949 and never expected to lose them. Among those retrieved were the pieces that the ANS most coveted—some 1,004 coins of the Visigoths, for which the HSA’s holdings were second to none. Those coins are already in ANS’s hands, with the rest expected to arrive tomorrow. (More details on those coins, below.)

Placed on loan at the ANS by the HSA, at the direction of Huntington, the entire trove was hauled away last year for sale through Sotheby’s, after the ANS unsuccessfully attempted in State Supreme Court to prevent the disposal. Huntington had explicitly given the HSA permission to recall the loaned coins at any time, but surely never envisioned their removal for disposal.

How important were these HSA coins?

With no hyperbole, Sotheby’s touted this collection (the bulk of which came to the HSA from Huntington in 1946) as “the most spectacular collection of coins related to the entirety of Spanish history that is housed outside of Spain.” The greatest prize was the Fifty Excelentes—a massive gold coin (66 millimeters wide, 176 grams in weight), struck under the reign of Ferdinand and Isabella and depicting them in profile. Sotheby’s called it “arguably the most important and valuable European coin in existence” : 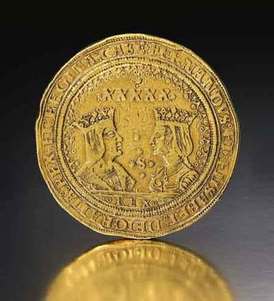 Fifty Excelentes, 15th-century, not coming to the ANS and not part of the Vico auction

While the final price paid for the entire collection by the dealer consortium was not disclosed, the collection’s approximate value had been estimated by the auction house at $25-35 million—a whopping windfall for an institution that had publicly confessed its financial distress in last fall’s NY Times article (linked above)

Notwithstanding pressing financial and infrastructure needs and its publicly acknowledged desire to expand, the Hispanic Society has steadfastly maintained that the sale proceeds would be applied exclusively to new acquisitions, in accordance with museums’ generally accepted professional guidelines for use of income from collection sales.

That said, in fiscal 2010, the HSA for the first time described the coins on its Form 990 tax return (p. 46) as “precious and other metals.” They were categorized as “investments,” along with such other financial assets as stocks, bonds and hedge funds. The $18-million estimated value of the “metals” exceeded the entire combined value of their strange bedfellows on the “investments” list.

My persistent, repeated efforts to obtain clarification from the HSA on this and other questions (other than its reiterated vow to use of the proceeds only for acquisitions) were unavailing.

But let’s get back to the silver lining of this murky story, as described to me by Ute Wartenberg Kagan, the ANS’s executive director (who revealed that she had “heard from a number of people” that the winning bid at Sotheby’s was “slightly over $26 million”). 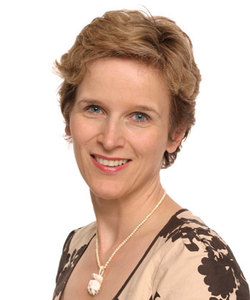 Kagan said that the return of 10,000 coins to her New York City institution will greatly enhance the public accessibility of the ex-HSA treasure, which had been tucked away in storage and seen mostly by scholars. When the coins were previously at the ANS, they had been restricted by the HSA’s rules and could not (with rare exceptions) be publicly exhibited. Under new ownership, they can now be displayed however and whenever the ANS pleases. A future public display (perhaps to be mounted off site, instead of being confined to the ANS’s relatively  small exhibition area) is being contemplated.

While the ANS hopes eventually to receive a donation of these coins, they are currently on permanent loan from their purchaser, an ANS benefactor who wants to remain anonymous. Having just received the catalogue for the Vico auction, Kagan said she was looking it over with an eye to additional ANS acquisitions.

Here, in Wartenberg’s words, is a rundown regarding the returned Visigothic trove and the additional 9,000 coins expected to arrive at the ANS tomorrow:

—A group of 1004 Visigothic coins (with some other early Medieval coins of the Merovingians, Burgundians, etc.). The Huntington Collection of these coins is the largest in the world, containing many of the great rarities of this series. The Huntington collection was preserved in its entirety [for return to the ANS]. These coins are now already back at the ANS: 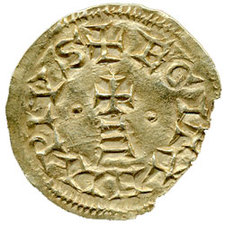 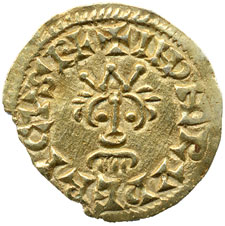 Coin of the Visigothic King Roderick, one of the very rare pieces in the Huntington Collections

—About 3,000 Roman coins. Here all silver and bronze (not the gold) coins of the Huntington Collection are returning. Most of these coins were collected in the late 19th century and early 20th century and have excellent pedigrees: 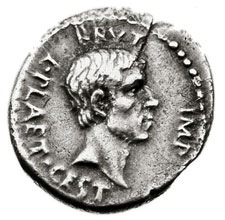 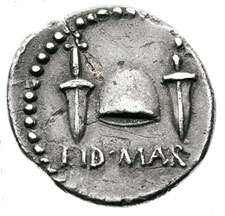 Roman coin of Brutus, which commemorates the murder of Julius Caesar on the Ides of March

—About 2,000 Celt Iberian coins. The ANS has not received this material and doesn’t know what is being picked. (The total is well over 5,000.)

—51 Admiral Vernon Medals (my link, not Ute’s)—the complete Huntington holdings of these. The medals were struck to commemorate his famous victory at Porto Bello with six ships. They are very sought after by U.S. collectors. 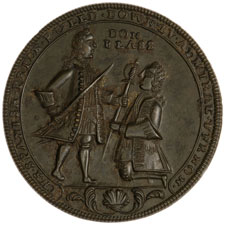 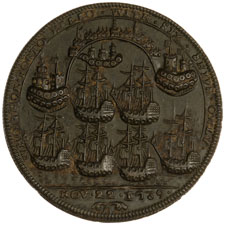 Admiral Vernon medal, with the six ships on the reverse

Our pleasure at the return of these coins should be tempered by the knowledge that they were once in the public domain and are now (at least for the time being) privately owned. If, as Wartenberg hopes, they are eventually donated to the ANS, the public will have to pay for their return, through the tax deductions taken for donations to a nonprofit institution. Meanwhile, the other 28,000 coins from the HSA’s former collection, which had great value as an educational and scholarly resource, are likely to be widely dispersed, as evidenced by the upcoming Vico auction.

What makes this outcome particularly regrettable is that if the donor’s wishes had been scrupulously honored by either the HSA (or, failng that, defended by New York’s Attorney General), this dispersal would likely not have occurred.

COMING SOON: What did Huntington’s trust indenture say? What did the State Attorney General say?

Editors Note: It appears from the second follow-up article above, that the June 26th Jesús Vico Auction is just the first of three scheduled for this year.