Over $13.94 million in United States coins and Numismatic Americana was sold in the Stack’s Bowers Galleries August 2020 Las Vegas Auction, contributing to overall prices realized of $21,739,851 USD for the sale across all categories. The auction was held August 5-7 at the Bellagio Hotel and Casino alongside the PCGS Members Only Show, with additional Internet Only sessions hosted on the Stack’s Bowers Galleries website August 10-12. All prices realized include the 20% buyer’s premium. 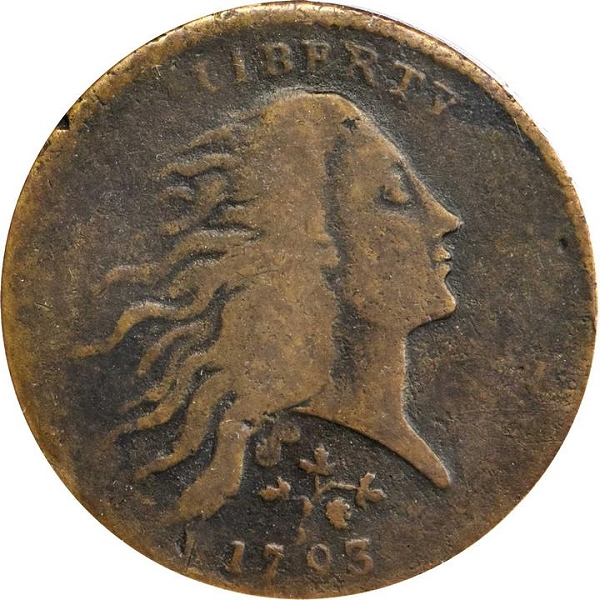 The incredible ESM Collection of United States Large Cents, perhaps the most highly anticipated selection from this legendary cabinet, realized over $4.6 million. This offering was highlighted by the famous Parmelee 1793 NC-3 Strawberry Leaf cent, which realized $660,000 in lot 1006. Graded VG-10 (PCGS), it is the finest of just four known examples. Bidding continued the following day with Session 3 on Friday, August 7. The session opened with a significant offering of Numismatic Americana highlighted by the D. Brent Pogue Numismatic Library. Together with rare Spanish Colonial gold coins in Session C, these selections from the Pogue Collection realized over $592,000.

Total prices realized for the D. Brent Pogue Collection now exceed $131,980,000, reaffirming its status as the most valuable numismatic collection ever sold. The highest-priced lot among the literature was Louis E. Eliasberg’s personal Green’s Checklist offered in lot 2036. This incredible accounting, in Eliasberg’s own hand, of the formation of this famous American collection brought $28,800.

The Sherwood Collection of Civil War Tokens was another remarkable Americana offering, showcasing Condition Census quality and several Rarity-9 examples like a copper Fuld-328/328a brockage that brought $1,680 in lot 2225.

The Numismatic Americana was followed by an impressive selection of U.S. coins that spanned colonial issues through modern commemoratives. Among these were Indian cents from the BSC Indians Set, highlighted by an MS-65 RD (PCGS) 1868 that sold for $10,200 in lot 2326.

Specialists were also delighted by the Henry Collection of Liberty Seated half dimes, which offered such rarities as an 1867 graded MS-67 (PCGS) CAC in lot 2574 that earned $20,400. A remarkable selection of cast United States Mint silver ingots attracted record prices toward the end of the session, including a new auction record for a dated U.S. Mint silver ingot set by the 1959 San Francisco Mint ingot in lot 3184 that realized $28,800.

Additional U.S. coins and Numismatic Americana were offered in Internet Only Sessions 4 and 5, hosted on the Stack’s Bowers Galleries website on Monday, August 10, and Tuesday, August 11. Included in Session 4 were counterstamped coins from the Steve Tompkins Collection of Exonumia, Part I, offering a wide array of desirable stamps and rare host coins like the MS-66 BN (PCGS) General U.S. Grant medal struck on an 1850 Braided Hair large cent that brought $840 in lot 4314.

Stack’s Bowers Galleries is now looking ahead to their exciting schedule of auctions through the end of the year and into 2021, including their monthly Collectors Choice Online (CCO) sales, their November 2020 Baltimore sale of U.S. coins and currency, and their January 2021 NYINC sale of Ancient coins and World coins and paper money. Contact Stack’s Bowers Galleries today at 800-458-4646 or via email at [email protected] to consign your collection.