By Steve Roach – www.steveroachonline.com
First published in the April 9 issue of Coin World

Buyer’s fees are a fact of life when buying at auction. While a seller typically pays a fee to an auctioneer for including a coin in an auction, increasingly auction houses are raising buyer’s fees as a way to increase revenue. The accompanying press release stated that the increase was “in keeping with current industry trend” and allowed the firm to continue to provide buyers “with ever-increasing auction opportunities and outstanding service.”

In the online auction arena, Teletrade typically imposes a flat 15 percent buyer’s fee with an $8 minimum per lot and GreatCollections has a buyer’s fee of 10 percent with a minimum of $5 per item.

Historically, major auction houses have followed one another when increasing premiums.

When buyer’s fees of 10 percent were first implemented by Christie’s in 1975, Sotheby’s followed shortly after.

The buyer’s fees at coin auctions still have room to rise if the premiums associated with fine art auctions provide any indication. For example, at Christie’s New York, the buyer’s fee is 25 percent for the first $50,000 and then drops to 20 percent up to $1 million, after which it is 12 percent.

Typically, post-auction prices realized released by auction houses include the buyer’s fee as this represents the price that a bidder ultimately paid for an item.

The end result of increased buyer’s fees is that bidders adjust their bids accordingly, planning for the higher buyer’s fee when deciding what to bid. 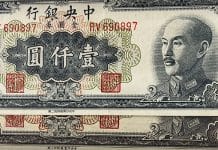