Gold & Silver PAC update from Mark Olanoff
The House and Senate are home in a district work period so now is the time to let your legislators know how you feel on the 1099 issue. Both the Senate and House have taken some action on the 1099 issue. On Feb 2nd , the Senate voted on an amendment by Sen. Debbie Stabenow of Michigan to repeal the 1099 requirement scheduled for Jan 1, 2012. 81 Senators voted for this amendment. However this amendment was put on a Federal Aviation Agency Authorization Bill. This bill has passed the full Senate and must go to the House for consideration.

Bills that are passed by the Senate and House are usually different so then a Conference Committee would be needed to agree on a single bill. Also, the bill is fully paid for by a reduction of $44 billion dollars from FY 2012 budget accounts excluding defense, veterans’ affairs and social security. Although the amendment was voted by an overwhelming majority, this is the first step of a long process for this bill to become law.

On February 17th, the House Ways and Means Committee passed two bills that have been sent to be considered by the full House. HR 4 (Rep. Lungren of CA) and HR 705 (Rep. Camp of MI and Chairman of the House Ways and Means Committee) were both approved by the Committee. These bills are a step further to eliminate the 1099 requirement, however action must still be taken by the full House, the Senate Finance Committee and the entire Senate. 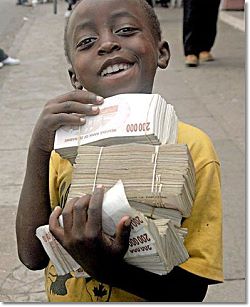 Is Inflation A Problem?
The common measure of inflation comes from our friendly government minus food and energy costs which has never made sense to me but everyone seems willing enough to accept the number. So each year for decades I have heard that the inflation rate remains low if our Fed Chairman is to be believed. And I’m a good citizen and think he is an honorable and worthy public servant. So like everyone else I’m man enough to take him at his word.

Still the cost of living which directly relates to the much talked about inflation rate seems to grow year after year. Maybe it’s just my age group but most folks I talk to seem to believe it does cost more to live these days because they are shelling out at rates thought unimaginable just 20 years ago.

I also don’t remember ever remarking to my family how nice it was that prices at the grocery store are moving lower. My last visit cost $162.00 and my family is not only small but we are also not big meat eaters. But I have leaned to avoid these conversations, if for no other reason than to keep my daughter from rolling her eyes and claiming everyone’s in for another long story.

I know my place in life even though a modest new car costs more than my first home and I have faith that Uncle Sam is working hard in my best interest to insure inflation is not a problem.

For all the rest of you consider the following: “The very latest inflation related news from leading world media sources discussing US inflation, rates, data and impact on economies.” US Inflation Calculator