Gold continues to struggle under the weight of a stronger dollar, higher US interest rates and a subdued physical market. Keep in mind however that the bullish scenario of “higher prices through year end” was common just a few weeks ago. It’s too bad we ran into this turbulence but I’m still part of the now smaller group that believes we will see all-time highs in 2020.

You have heard this before but frankly nothing much has changed – except the mood. And it won’t take much to refocus traders on the reality that drove gold prices higher this past year. There is just too much money floating around for real assets not to move higher over time.

The initial sell-off Tuesday of this week (down $27.20) was prompted by the news that the great impasse in trade issues between China and the US was, at last moving forward. This created a rally in stocks both here and overseas which produced more headwinds for gold bulls.

The following day gold moved higher by $10.00 – perhaps just short-covering. If it was bargain hunting however it might suggest the first initial selloff along with a still technically sound pricing picture would keep gold at least firm through the year’s end.

But Thursday’s drop of another $26.00 confirmed a solid downtrend for our shinny friend most likely created by a profit-taking round that was late to the dance.

Analysts will now have to consider what it will take to keep gold bullion in the financial game as stock enthusiasm grows and money gets cheaper. But central banks of the world are walking a fine line here – the cheaper money gets the more important gold bullion becomes for everyone.

Still the substantial contingent of physical world gold buyers seem content to let the price of gold “settle” as it lost momentum. China’s central bank for example slowed down what was essentially a barnstorming 10 year program of gold bullion acquisition.

With gold prices at three-month lows and the breakdown of shorter-term support at $1,485.00 the technical fellows will look at the six month pricing picture and consider the next line in the sand.

There is substantial support between $1,400.00 and $1,450.00 – in place from June through August of this year but a defensive market is an anxious market.

And it’s easy for the gold trade to get too bullish or too bearish on the shorter term. In this down market traders will wonder if the move from $1550.00 through $1450.00 will be enough to bring in a fresh group of eager physical buyers?

Picking bottoms is as tough as picking tops but I think $1,425.00 gold is cheap and in this kind of twilight zone the best deals are made and those which hold on to fundamental conviction shine.

At the very least this recent drop in prices is a perfect example of how fickle the physical market can be even with a bullish year still fresh in everyone’s mind. But it should also be instructive in that cheaper prices bring out bargain hunters and enthusiasts. People not worried about speculative profits and those which just want to hold physical metal in uncertain times.

Worth noting is that while gold weakness was orchestrated by enthusiasm over the US/China trade deal it’s amazing that world stock markets seem ready to move all-in before seeing any compliance. In the past these “backroom” deals have always been more political than substantive and quickly subject to change over whimsy. I would, at least wait to see what is really going on after the smoke clears – there could be genuine opportunity developing.

And a reminder that we will be closed this Monday for Veterans Day.

This from Zaner (Chicago) – “Global equity markets overnight were weak with the exception the Japanese market. However the declines overnight were very minimal with most losses of less than 1%. Not surprisingly there is some fresh doubt on whether or not the US/Chinese trade deal will proceed on a straight line to the first set of tariff reductions. Overnight economic news included Chinese imports and exports which contracted relative to prior readings but were not as soft as expected. From Japan leading and coincident indicators were stronger than expected. From Europe German exports came in stronger than expected in a surprise development with the German trade surplus also besting expectations. The North American session will start out with October Canadian housing starts which are forecast to be roughly unchanged with their September reading, but September Canadian building permits are expected to have a sizable drop from their August reading. October Canadian unemployment is forecast to hold steady at 5.5% with a modest net increase in their employment. September wholesale trade is expected to have a moderate downtick from August’s 0.2% reading. A private survey of November consumer sentiment is forecast to have a modest uptick from the previous 95.5 reading. San Francisco Fed President Daly will speak during morning US trading hours while New York Fed President Williams and Fed Governor Brainard will speak during the late afternoon. Earnings announcements will include Enbridge and Duke Energy before the Wall Street opening. 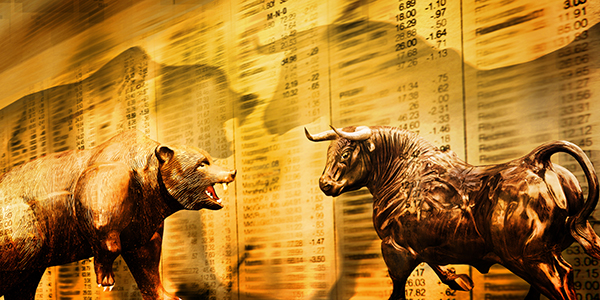 While today might present a less volatile trading session there continues to be some questioning on the capacity to proceed directly to a reduction of tariffs without a break down in the phase 1 execution and that could help gold respect yesterday’s lows. While the headlines overnight tout ETF gold inflows of nearly $2 billion in October ETF’s yesterday posted a second day of reductions in holdings with a sale of 86,814 ounces. Surprisingly silver ETF’s added 2.7 million ounces to their holdings and that was the largest single day inflow in over a month. In a minor negative development for gold two large bank strategists on Wall Street have apparently stepped aside from gold investments and one also has to wonder if other investors might migrate from gold and silver toward somewhat more attractive yields in treasuries. If there is a bright spot for the bull camp it is the fact that open interest in gold continued to rise despite this week’s high to low washout of $56 as that could suggest there was a measure of bargain-hunting buying cushioning the washout. However as we have been indicating for the past two weeks, the gold and silver markets were very vulnerable to a liquidation wave as internal fundamentals have consistently shifted in favor of the bears, and that combined with a sudden let down in global safe haven interest from the trade front leaves the prospect of more longs fleeing to the sidelines. In fact, with the gold market recently holding a net spec and fund long 328,000 contracts and very large gold ETF/ETN derivative holdings that should also leave the potential for further stop loss selling in place. While we think the market remains vulnerable to a further slide to the $1,450 level the market seems to have found an interim value zone today around the October 1st spike low. At least to start today it would appear as if prices are drafting some support from second thoughts on a direct progression toward sequential tariff rollbacks.

In retrospect this week the news for the PGM markets favored the bear camp with charts deteriorating, talk of a possible labor dispute settlement in South Africa and noted liquidation of other precious metals markets. However the long term palladium bull case was bolstered earlier in the week by UBS predictions that “tightness” would remain in place next year because of the industries lack of capacity to expand output. However UBS also cited the potential threat of increased scrap availability. We think because prices in 2019 have averaged $500 an ounce more than 2018. In the end, the bull camp will need to see the invisible hand of soaring pollution control inspired demand continue to inspire buyers and one could suggest that fundamental theme was given added credence this week with palladium rebounding directly off the news of phased tariff rollbacks. However in the short term, the palladium market does appear to have lost upside momentum with seven straight days without new all-time highs and in turn the $1,800 level becoming some form of significant resistance. We would also point out that the stalling of the rally at $1,800 has coincided with a decline in open interest as if some longs are banking profits and moving to the sidelines. In the platinum market, a significant failure on the charts and a possible solution to a wage impasse in South Africa leaves the market vulnerable to a slide down to the October consolidation lows of $886.

Yesterday we thought gold and silver were poised to see unrelenting downside follow-through action today but apparently the market has temporarily exhausted its downward march perhaps because second thoughts about a straight line progression to better trade relations. However the dollar appears to be in an uptrend pattern after a month of sideways action and fresh weakness on the charts early today suggests the bear case in gold is still unfolding. At least today, we see some measure of support at the October spike low of $1,465 with an obvious fresh failure point seen at yesterday’s low of $1,461.40. In order to reverse the technical tables on the bear camp today might require a rally back above $1,478. Unfortunately for silver bulls the charts are even more problematic with prices early today remaining near the lowest levels since August 13th in a fashion that suggests more liquidation is expected. On the other hand, the silver market has not seen as much bullish fanfare as gold and has not been the tip of the investment flow into precious metals and that could help the market ultimately hold up settle around the $17 level.”