When you see gold and silver future price projections put out by the likes of Goldman Sachs, JPMorgan Chase, HSBC, Bank of America, Citigroup, and other trading partners of the US government, keep in mind that they are almost certainly being told what to say by the US government.  These forecasts are not independent, unbiased analyses of the Precious Metals Market.

In other words, their pronouncements, which often receive wide media attention, are what they are hoping for  rather than reflecting their genuine evaluations. 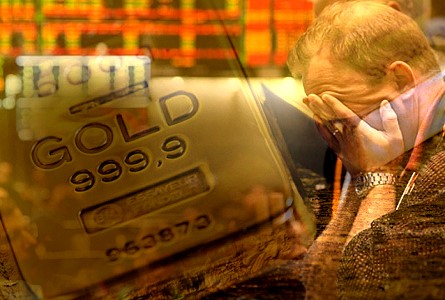 Even the members of the media that pretend to be experts but really just parrot the “official” line cannot be trusted to provide objective information.

If you want more valuable analyses, look for genuinely independent market observers.  Some of these people work for companies that manage investments and some are paid for their independent research.  You can find a wide spectrum of opinions and forecasts among them.  However, by tracking the long-term accuracy of their forecasts, you can distinguish those who are worth your attention.

Late last year and early this year, there were a large number of such market observers (including me) who analyzed the global financial markets and came to the conclusion that crises would pile up enough over the course of 2013 that gold and silver prices would shoot upward.  A high percentage of the predictions of major price increases called for them to start around September.

As most everyone reading this now knows, gold and silver prices were hit hard multiple times this year.  It is quite likely that the year-end price will be less than it started the year—for the first time since the beginning of this century.  Both gold and silver prices are likely to turn in their worst annual performances since at least 1999.

These prognosticators, me included, have been deluged with questions as to why our crystal balls were so far off the mark this year.  We can explain the major blatant manipulations to suppress prices, but people still want to know why we couldn’t have anticipated such developments.

At the annual Silver Summit held in Spokane, Washington in late October, the last panel’s final question was to predict the spot price of silver one year in the future.  In previous years, some of the panelists made what appeared to be outrageously optimistic forecasts, but even some of these came to pass.  The five members of the panel this year made consistently conservative predictions, from $24 to $35.  Only one of them wanted to guess slightly higher than what the silver spot price was at the beginning of October 2012.  The rest came in well below that price.

My observation on these predictions is that the analysts were so devastated at being so far off with their predictions for the 2013 market, with prices turning out much lower, that they have lost their nerve to predict a quick recovery.  If you ask these same people where silver prices might be in two to three years, they almost all come up with very high figures, usually in the $50 to $200 range.  But, in the shorter term, most of these independent market watchers are afraid to call for a major financial catastrophe that could cause gold and silver prices to skyrocket.

The state of the world’s financial markets today is mostly worse than it was a year ago.  Still, unlike last year, the independent analysts are taking the conservative line for the next six to twelve months.