By Patrick A. Heller
Commentary on Precious Metals Prepared for CoinWeek.com ……..

By now, I suspect that many of you have heard about the 60 Minutes program two Sundays ago. It exposed the impact of high frequency trading at 1) increasing the profits of brokerage firms, and 2) resulting in individual investors selling their holdings for a lower price and paying higher prices to purchase their investments.

The main thing that surprised me about this story is why it took so long to be covered by the major media. I exposed this activity at least five years ago, and other commentators and analysts who never seem to get the time of day from the popular media have been talking about such shenanigans for up to 20 years.

What didn’t really surprise me is that the 60 Minutes coverage only included the tip of the iceberg about how US stock, bond, currency, and commodity markets are manipulated. The US government has been involved in manipulating these markets since the mid-1930s! Further, high frequency trading is just one small tactic used to rig markets.

To augment the 60 Minutes story, let me share with you part of “the rest of the story.”

The US government’s Exchange Stabilization Fund within the Treasury Department was established way back in 1934. It began operations 80 years ago this month. It was initially financed by $2 billion of the profits the US government realized when it raised the official price of gold from $20.67 to $35 per ounce. The ESF was explicitly authorized to deal in gold and foreign exchange markets and was not subject to legislative oversight.

In 1970, the law was modified so that the Secretary of the Treasury, with the approval of the President, can use the ESF assets to “deal in gold, foreign exchange, and other instruments of credit and securities.” 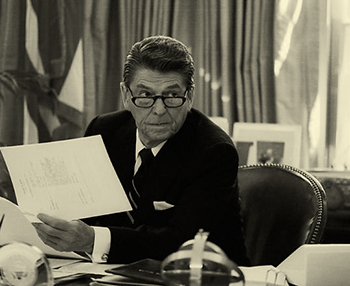 Next, after the stock market crash in October 1987, President Reagan signed Executive Order 12631 creating the Working Group on Financial Markets. The four members of this group, commonly called the Plunge Protection Team, are the Secretary of the Treasury and the chairs of the Federal Reserve Bank, the Securities and Exchange Commission, and the Commodity Futures Trading Commission. This team is charged with “enhancing the integrity, efficiency, orderliness, and competitiveness of our Nation’s financial markets and maintaining investor confidence.” To achieve this market manipulation to prevent major declines in the stock market or the US dollar, the Plunge Protection Team is authorized to use direct government action as well as coordinate its tactics with exchanges, clearinghouses, self-regulatory bodies, central banks, private banks, and brokerages.

Turning flowery language into plain English, the purpose of this group was to reduce the risk of falling profits at these companies. In order to achieve this goal, six measures were identified. The first was to arrange for the confidential sharing of trade secrets among members of this group. This included disclosure of important counterparty relationships and details about each company’s trading and investment strategies. If any other group engaged in such conspiracies, all sorts of US regulatory agencies would come down on it.

Many of these same companies are also approved primary trading partners of the US government. In this capacity, they earn fees in return for executing trades to manipulate markets as directed by the US government. Much of this activity takes place in thinly traded futures markets before daily trading begins or in the last few minutes before a market closes.

All of the declassified government documents thus far have confirmed that the US government, directly or through intermediaries, has manipulated gold prices from the 1930s into the late 1990s or at least made arrangements to be able to do so. In the official records, people such as Paul Volcker, Alan Greenspan, Henry Kissinger, and others made statements confirming, at a minimum, that the US government stood ready to manipulate gold prices. Why should the US government have changed this practice in subsequent years when the existing legal authority and financial arrangements were already in place? The value of the US dollar, despite long-term efforts by the US government and its allies to support it, has fallen about 78% against gold since December 31, 2001 (and down about 77% against silver over the same period).

In recent weeks, partly as fallout of events from the Ukraine and Crimea, there are significant efforts underway to displace the use of US dollars in major parts of international commerce. To the extent that such efforts are successful, they will weaken the dollar’s status as a global currency and lead to potentially trillions of dollars of US currency and Treasury Debt being repatriated. As this occurs, the value of the US dollar is at a high risk of falling significantly in value.

It seems to me that much of the market rigging activity by the US government and its partners and allies over the past few weeks has focused on propping up the value of a shaky US dollar. One of the major tactics pursued to support the dollar is to suppress gold and silver prices. I suspect that the recent dip in precious metals prices was pretty much all an artificial manipulation rather than a result of free market trading activities.

Until we know for sure, what would you rather trust: A politician’s promise or an ounce of physical gold or silver that you have in your direct possession?

Patrick A. Heller was honored with the American Numismatic Association 2012 Harry J. Forman Numismatic Dealer of the Year Award.  He owns Liberty Coin Service in Lansing, Michigan and writes Liberty’s Outlook, a monthly newsletter on rare coins and precious metals subjects.  Past newsletter issues can be viewed at http://www.libertycoinservice.com.  Other commentaries are available at Numismaster (http://www.numismaster.com under “News & Articles) and at http://www.coininfo.com.  His award-winning radio show “Things You ‘Know’ That Just Aren’t So, And Important News You Need To Know” can be heard at 8:45 AM Wednesday and Friday mornings on 1320-AM WILS in Lansing (which streams live and becomes part of the audio and text archives posted at http://www.1320wils.com.  He is also the financier and executive producer of the movie “Alongside Night” (go to http://www.tugg.com/titles/alongside-night for a list of scheduled theatrical showings across the country and to purchase tickets).