At this year’s World’s Fair of Money, several hobby supporters were honored for encouraging coin enthusiasts to join the American Numismatic Association (ANA). The recruitment period was from January 1 to December 30, 2020. The John and Nancy Wilson Booster Award (named after the duo who have recruited more than 2,000 new members) went to ANA Past President Steven K. Ellsworth, Ronald I. Macfarlane, and John Youngblood III.

Numismatic professionals and companies who have sponsored members through their business activities are recognized with the Dealer Booster Award. This year’s recipient is Coin World. The 2021 Century Club Award, presented to those who have signed up a cumulative total of 100 or more ANA members, was awarded to Michael Contursi, ANA Governor Mark Lighterman, and Mike Dinger. 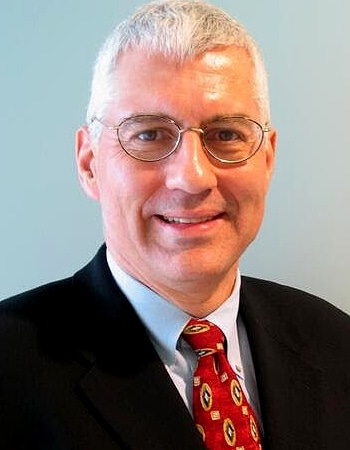 The Burnett Anderson Memorial Award for Excellence in Numismatic Writing is presented annually to a researcher, author, or journalist in recognition of their body of work and career contributions to numismatics. First conferred posthumously on its namesake in 1999 at the ANA’s 108th Anniversary Convention, the award is intended to recognize quality and integrity in numismatic wordsmithing of every kind. The recipient is selected in a cooperative process by the ANA, the American Numismatic Society (ANS), and the Numismatic Literary Guild (NLG).

This year’s recipient is Joel J. Orosz, a prolific researcher and writer who has been working in the field for four decades. Burnett Anderson’s son Mark Anderson accepted the ward on Orosz’s behalf at the Awards Banquet held August 13 at the World’s Fair of Money.

Orosz found a vocation in philanthropy and an avocation in numismatics. These interests brought balance to his life, for, as he puts it, he dedicated his workdays to giving away large sums of money and spent his leisure hours trying to claw a little bit of it back. Over the years, he has focused on tracing the literary byways of early American numismatics and also on gathering association copies (books inscribed by their authors and notable previous owners).

His numismatic corpus originated in the early 1980s. His research has been published in Rare Coin Review, The Numismatist, The American Journal of Numismatics, and several other periodicals. He is currently a columnist for The Asylum and for Coin World. Orosz has authored two numismatic books and co-authored three more. His three most recent works – The Secret History of the First U.S. Mint (2011); Truth Seeker: The Life of Eric P. Newman (2016); and 1792: Birth of a Nation’s Coinage (2017) – all received the Numismatic Literary Guild’s prestigious Book of the Year Award.

The philanthropic numismatist also has been honored with three first-place ANA Heath Literary Awards (2000, 2010, and 2017) and the Wayte and Olga Raymond Memorial Literary Award (2018). In addition to the NLG, Orosz has earned numerous accolades from the Professional Numismatists Guild (PNG), the John Reich Collectors Society, and the Society of Paper Money Collectors. The Numismatic Bibliomania Society named its annual writer’s award after Orosz, who shared the 2020 NLG Clemy Award (the organization’s highest honor) with Len Augsburger.

The ANA’s Numismatic Art Award for Excellence in Medallic Sculpture is an annual honor given to an artist whose lifetime work in the field rises above all others. The 2021 recipient is Belgian artist Paul Huybrechts.

Over the course of 50 years, Huybrechts has designed countless medals, coins, and dies. His work displays exceptional quality and innovation.

In his younger years, Huybrechts honed his artistic skills in Belgium and Germany. He spent time in Switzerland engraving at the firm Huguenin to further refine his technique. At age 23, Huybrechts returned to Belgium to establish himself as a professional in medal engraving and currency art.

In an interview with the Société Archéologique de Namur, Huybrechts explains that his desire to enter the field blossomed during his childhood. He recalls digging through the trash and cutting out stamps from letters his father received from various European countries. Huybrechts notes that history – and what we can learn from it – serves as a major source of inspiration for his work. He enjoys learning from ancient cultures and significant past events while employing modern artistic techniques.

While Huybrechts has designed dies for over 40 postage stamps and 12 coins for the Belgian government, his medallic work is where his artistry truly shines. Shown here is Huybrechts’s 2005 Kraepelin-Alzheimer medal that was exhibited during the 2007 International Art Medal Federation (FIDEM) congress. The obverse of this bronze piece features Emil Kraepelin, a German doctor who is considered to be the founder of modern scientific psychiatry. The reverse depicts Alois Alzheimer, a German psychiatrist who helped identify the disease that later became his namesake.

A retrospective of Huybrechts’s work commemorating his 50-year career will be on display in Leuven, Belgium, in April-June 2022.