The FUN Convention rings in the new year

The annual Florida United Numismatists (FUN) Convention that is held every January is viewed by many as a harbinger of things to come for the numismatic community each year. Everyone is eager to see how the market is poised to kick off the New Year. The FUN convention is an excellent opportunity to see how the market is doing because of its tremendous size. There are over 600 booths and nearly 1,000 dealers from around the world attending. This year had an even greater global representation because, for the first time in many years, it did not conflict with the New York International Numismatic Convention (NYINC).

The FUN Convention has traditionally been held in Orlando, Florida, for decades. In the last few years the show has been moving around the state and this year landed in Ft. Lauderdale.

Ft. Lauderdale is in a beautiful part of the state, even though it’s a bit remote for some collectors in the state to attend. This year its location was also drastically impacted by the mass shooting that occurred just a few miles away from the show. Numerous collectors and dealers experienced serious travel disruptions due the horrific events at the airport. As much trouble as the travel delays were, they are minor inconveniences compared to the suffering of those that happened to be in the wrong place at the wrong time.

As mentioned above, this year’s convention was an enormous event. It was difficult to see everything and everyone. Someone mentioned to me that there were 26 rows of booths on the bourse floor. By week’s end, I had failed to visit many, which is unusual for me. I hate to miss anything. When the convention opened on Thursday morning, there was a considerable crowd that was anxious to get in. The retail crowds were steady all week and most booths seemed to have ample activity throughout the convention. Our table was busy most of the time with serious buyers looking for rare coins.

In my opinion, the rare coin market seems on ample footing. There are still plenty of collectors buying rare coins. If activity at my table was any indication, buyers are looking for everything from Colonial coins to double eagles. There was particular interest in Morgan silver dollars and gold coins. Both of the series have seen price declines in recent months and serious collectors seem to be taking advantage of the opportunity.

Regardless of price, however, buyers are seeking quality. Coins with great eye appeal sell quickly and everything else sits in the case with little or no interest from fussy buyers. I believe this is due to the fact that most buyers in the market at the moment are somewhat educated collectors who understand quality and grading. Investors typically lack this sophistication and will buy coins based on charts and graphs. 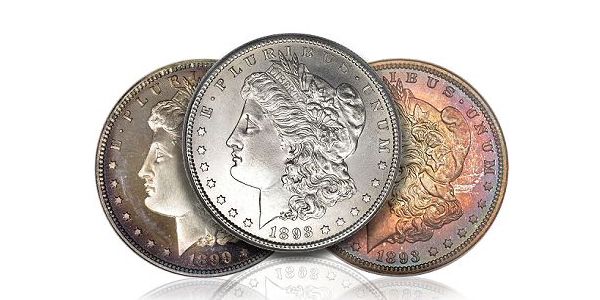 It has also been reported to me that the activity for coins in the upper price ranges has risen dramatically since the presidential election. There have been several major buyers of rare coins that are infusing the market with some desperately needed capital. For the last few years the liquidation of major collections has strained the supply and demand ratios of the market. It has been very difficult for the market to absorb the waves of coins that were being sold at auction on a regular basis. The tide seems to have shifted and the majority of these coins seemed to have found new homes and are no longer a drag on the market. It’s amazing to witness the capacity of the rare coin market to find the millions of dollars needed when these collections cross the auction block.

From a buyer’s perspective this year’s FUN convention presented a challenge when looking for new material. I tried to visit as many tables as possible, looking for new stock at reasonable prices. The task was difficult and for the size of the show, I was able to buy much less than expected. One of the factors that explains this is that I have also become a fussier buyer. I cannot buy coins based on price alone. If a coin is unattractive for the grade, it will not sell unless deeply discounted. The supply of attractive coins at fair prices is extremely limited. There is also the problem of the fact that there are dozens of seasoned professionals looking for the same coins. Competition is intense to say the least!

Another fascinating factor at this year’s convention was the international presence of collectors and dealers. There were lots of tables with world and ancient coins being offered. The rare coin market in the United States is becoming much more international. A considerable number of domestic dealerships are now offering ancient coins for the first time. They could be found throughout the bourse floor. NGC has done a tremendous job of assisting this part of the market. Third-party grading has added a comfort level that is being warmly received by American buyers. For many dealers this is the highest growth segment of their business.

The annual FUN convention also offers a host of educational opportunities and meetings for specialty numismatic clubs. The calendar of events certainly kept me busy every day and night. I have mentioned many times the advantages of attending rare coin conventions. It’s a great place to see coins you have only dreamed about and to meet legends of the numismatic community. If this year’s event is any indication, we have a lot to look forward to in 2017.