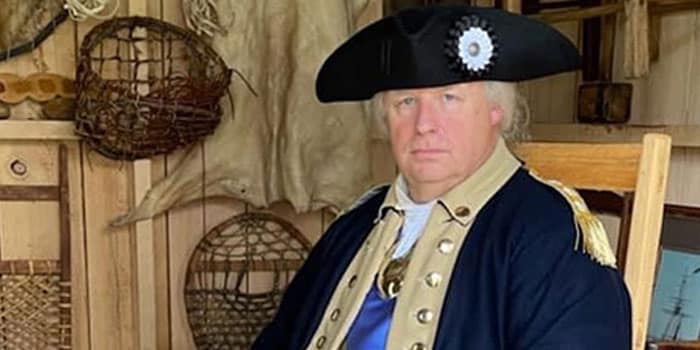 The Pennsylvania Association of Numismatists (PAN) Fall Coin Show and Convention to be held on October 20-22 at the Monroeville Convention Center is pleased to announce the addition of George Washington as part of the PAN Living American History Program. Abraham Lincoln (Dennis Boggs), Benjamin Franklin (Patrick McBride), George Washington (Curt Radabaugh), and General William Sherman (Kris Gunvalsen) will all be present at the Fall PAN Coin Show on Friday and Saturday. They will talk about their roles in American History and their impact on our nation’s coinage and currency. The history personalities would love to see young people, homeschoolers, Colonial and/or Civil War reenactors, and all history enthusiasts and numismatists! Come to this unique gathering to meet, chat and take photos with these four outstanding Americans, and make unforgettable memories at the same time.

Admission is free and open to the public, but we are accepting donations to keep this program viable. Checks may be made out to PAN and mailed to the address below or go to www.PANcoins.org and click the “Donate to PAN” link. PAN Bourse Chair Ed Hammond (Running Bear Coins) is the PAN Living American History fundraising chairman.

The Fall PAN Show will once again host the Civil War Showcase area operated by authors Rick Lank and Becky Rush. They will conduct talks and displays that cover the coinage, currency, and gold bullion that was a vital part of Civil War history. Mr. Lincoln and General Sherman will be part of the discussion and the folklore surrounding the war era money and banking.

John Mercanti plaster sculpts to be auctioned at the PAN Fall Banquet on Thursday evening October 20 at the LeMont Restaurant, Pittsburgh, PA.

Former Chief Engraver of the United States Mint John Mercanti has created two bas-relief plaster sculptures that will be the highlight of the PAN Benefit Auction to occur on the evening of Thursday, October 20, during the Pennsylvania Association of Numismatists banquet that is held in conjunction with the PAN Fall Coin Show and Convention.

The first sculpture is a beautiful likeness of the 26th President of the United States, Theodore Roosevelt Jr., on Horseback. The piece is hand-signed by Mr. Mercanti. His work is world-renowned and this sculpture of TR is a stunning example of his accomplished talent.

The second item is the First United States Mint Building hand-signed by Mr. Mercanti. On April 2, 1792, Congress passed the Coinage Act, establishing the first national mint in the United States. Congress chose Philadelphia, what was then the nation’s capital, as the site of our first Mint. This piece is a very high relief of our nation’s first built federal structure.

The PAN Banquet will be held at the LeMont Restaurant on top of Mt. Washington overlooking the popular view of the city of Pittsburgh. Tickets and details can be found on the PAN website www.PANcoins.org or by calling PAN President Tom Uram at (412) 418-0783.

Proceeds from the auction will benefit the PAN Living American History Program. Our PAN reenactors will be present at the banquet with remarks and will be available for photos.