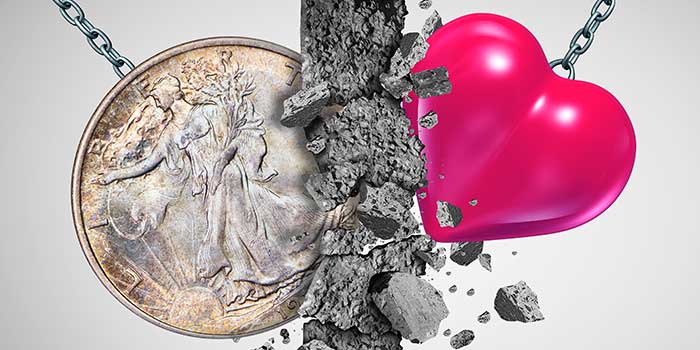 To succeed in collecting a set, make sure your target is financially feasible

When I began collecting decades ago, my first goal was to complete a set of 1941-to-date Lincoln cents. I lived in Florida at the time and locating the early San Francisco Mint issues in circulation was very difficult. After several months of searching in vain, I made my first numismatic purchase.

For just 25 cents or so each, Littleton Coin Co. helped me complete my first numismatic coin album set. I knew that, with my limited resources, completing the 1909-1940 set of Lincoln cents would be nearly impossible. The 1909-S VDB and 1914-D would be my “stoppers”. Given my compulsive nature, an attribute of many collectors, I decided to pursue a series that could be completed with my resources. I think Jefferson nickels were my next passion.

This scenario is one that nearly every collector faces when deciding what to collect.

Some collectors are happy to start a set that they know can never be finished. But for most this is unacceptable. Starting a set of Liberty Half Eagles 1839-1907 would be a good example.

For somewhat reasonable money, a collector can purchase dozens of circulated examples from many dates and mint marks. But, unfortunately, there are quite a few “stoppers” for even the most affluent collectors. Only a few 1854-S half eagles are known in any grades and the last one that crossed the auction block sold for over $2 million USD. Several others would cost six figures for a nice example, including the 1875 and 1887 issues.

For this reason, many collectors choose to collect subsets of series. Using the Liberty half eagles as an example, assembling a circulated set of Dahlonega half eagles from 1839-1861 is an expensive but doable task for some collectors. The 1861-D is the most expensive of these coins, costing around $25,000 for a Very Fine example. Many collectors also collect the same series from the Charlotte and New Orleans Mints. Collecting southern gold coins has become very popular in recent years. If these sets contained a single issue that cost $1 million or more, many would be discouraged from even starting the task.

There are several series of classic United States coinage that can be completed without a “stopper” issue. Remember that stoppers are relative to one’s budget. Many years ago, the 1909-S VDB Cent was a stopper for me. But for the average adult collector completing a nice set of Lincoln Cents is completely possible. This series is one of the most popular with collectors. Indian cents 1859-1909 are very popular as well.

The Flying Eagle set 1856-1858 is an example of one that would give many collectors pause. The key date of the short series, the 1856, starts at $10,000 or more. An average collector can purchase many of the dates in the Large Cent series but many never make the attempt because of the 1793, 1799, and 1804 issues. Nice examples of these cost many thousands.

Some of the classic series that can be collected in circulated condition without brutal “stoppers” include:

Morgan silver dollars 1878-1921 are one of the most collected series in United States coinage even though the set has many expensive dates and mint marks. Most collectors try to choose a grade that they would consider affordable and then purchase as many as possible over a long time. I have bought dozens of Mint State Morgan silver dollars sets over the years that were missing examples of the 1892-S, 1893-S, 1895 Proof, and 1895-O. Considering that these coins all range from $15,000 to $100,000-plus in mint condition, it’s not surprising they would be absent from most sets. The interesting thing is that so many collectors start the set knowing they will never finish.

One important decision for many collectors who take on a tough series is whether they would be happy with lower-grade coins for the “key” dates. Someone assembling a choice set of Morgan silver dollars may opt to buy an Extremely Fine 1893-S. For many collectors without unlimited funds, the quest for completeness requires this compromise.

For these reasons, many collectors have turned to Modern Coins as an alternative. A complete set of NGC MS 69 Silver Eagles, 1986 to date, can be purchased for less than $2,000. Many other modern-issue sets can be started and completed for a fraction of the cost of the classic early issues. The State quarter series that began in 1999 is a great example. Millions of individuals started coin collecting trying to assemble a complete set of these as they were issued.

Many other Modern-issue collectors also are drawn to the competition of completing set-registry collections. These collectors desire completeness and quality. These two characteristics, combined with the competitive aspect, have been a boon to the hobby. Thousands of collectors are trying to assemble complete sets of dozens of series. I urge collectors to find out more about the NGC Registry program of building online sets at www.ngccoin.com/registry.

United States gold coins 1795-1933 are one of my specialties as a numismatic professional. Nearly every series has what would be considered a “stopper” for the average or even above-average collector. Gold dollars 1849-1889 have many affordable issues, but the 1849-C Open Wreath is hundreds of thousands of dollars in any condition. The same can be said for nearly every series.

Another set of gold coins that many collectors could complete are the classic gold commemoratives struck from 1903-1926. These are currently selling at multi-decade lows and should be considered a value by any collector.

Every new collector is faced with the dilemma of what to collect. For most, it is very important to be able to complete the set in the grades chosen. Whether your stopper is the 1909-S VDB Cent or the 1933 double eagle, try to avoid numismatic failure by choosing your series wisely.

The thrill of victory once your set is complete will be a great reward!