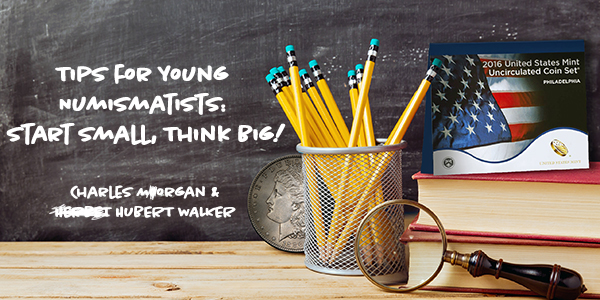 Coin collecting is a fun and exciting hobby that captures the imagination of young and old. In what other hobby will you find yourself immersed in art, economics, history and science?

Think about it. To understand the meaning behind the design of a quarter pulled from change is to understand the customs, cultures and traditions of the the people of the United States:

—The effigy of George Washington on the obverse is the result of a design competition held in 1930. A contest that solidified a design trend that marked the age of modern coins in this country.

—The multicolor sandwich of grey-copper-grey all around the quarter’s edge reflects a seismic shift in the meaning of money. Once made of a quarter dollar’s worth of silver, today’s quarter has no value beyond that imposed upon it by the Treasury of the United States.

—The reeds on its rim go back to Sir Isaac Newton and a simple yet brilliant innovation that greatly reduced the practice of shaving valuable metal off of the edges of a coin, a process known as “clipping”.

We could go on. The point is that a quarter, while relatively small, has big implications as a numismatic object!

And it’s this journey of discovery that one can go on–a coin at a time–that makes it such a fabulous hobby.

It’s certainly a hobby that you can grow with the more you take the time to learn.

At any rate, if you’re a new collector or want to start collecting, we offer the following five tips. They are basic guidelines that can be adjusted to your taste. Among them are things we wish we knew when we started.

For generations, coin collections have been started by selecting nice coins from circulation. It is through this process that one begins to gain a sense of perspective of the times we live in and the flow of money in circulation.

We were children of the 1980s, and as such our main circulation finds were “wheat” cents, which last saw production in 1958.

Most of the “Memorial” cents we saw in circulation were copper ones made before 1982.

The nickels we found were Jefferson nickels dated 1954 or later, with the occasional well-worn Indian Head nickel or Jefferson dated 1938-1953.

Washington quarters from 1965 and on were common, but it was always an exciting moment to see the occasional Bicentennial quarter (1777-1976) turn up in change.

After 1986, you’d seldom if ever see a Kennedy half dollar in circulation. But we remember spending them on school lunches in elementary school.

And don’t even ask about the Susan B. Anthony dollar. They were issued and disappeared from circulation in the blink of an eye (not that we didn’t find one or two in change, here and there). 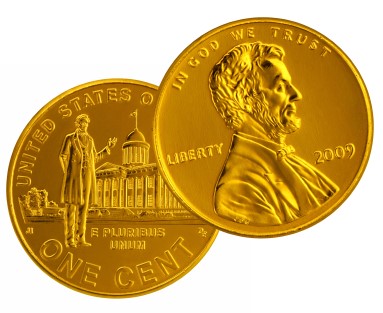 We didn’t have “Shield” cents, Westward Journey nickels, 50 State or America the Beautiful Quarters. Ditto for Sacagawea and Presidential dollars.

The point is, even if they’re not valuable, the coins you use today are money of the moment. The money your kids spend will look much different. Some of the pieces just mentioned will be strange or exotic to them. Who knows, some might even be valuable, or at the very least worth more than face!

And as far as variety is concerned, never has there been so much in circulation!

A simple look at the numbers shows that there are nearly 1,000 different coins that you can collect without buying a single piece from a dealer.

That’s an astonishing number of coins to hunt down simply by sorting through your change.

2. GET THE FACTS (AND A GOOD MAGNIFYING GLASS)

There are many great resources, both online and in print, to aid you in the process of learning about coins.

Coin reference books old and new are essential for everyone seriously pursuing the hobby.

We recommend Whitman Publishing’s A Guide Book of United States Coins (2017) as a first resource for new collectors, though not so much as a price guide (the prices listed are dealer “retail” or “ask” prices and not necessarily the actual “value” of the coin) but as a handy reference for dates, denominations and mintages.

You should also read CoinWeek every day. It’s a free resource that’s updated regularly and has great educational content in the form of articles, coin profiles, audio podcasts and videos.

To see all there is to see on a coin, you will also need to buy a good optical magnification device. Typically, hobbyists will use a folding magnifying glass called a loupe. They can be had cheaply enough, and they’re good to take along with you to coin shops and shows.

Personally, we prefer the increased field of vision and quality of magnification provided by magnifiers such as the Bausch & Lomb 5x Packette [Only $6.39 at the time of writing! —CoinWeek] and the Hastings Triplet 10x Magnifier (which can be had for under $40 if you shop around).

As you gain skill, more professional magnifiers (like the Eschenbach 3-6-9 Achromat that we use) will make more sense. And while magnifiers have their purpose, don’t let yourself become overly reliant on them–especially when grading coins. A great coin will look great to the naked eye. In fact, most professional graders use loupes to grade coins only on occasion, and require them only to determine the very highest grades. Don’t believe us? Watch this video we shot with NGC (Numismatic Guaranty Corporation) and see how the world’s leading service grades coins on location at a major coin show.

3. YOU CAN’T HAVE EVERYTHING, AND THAT’S OKAY

We see it all the time with new collectors. “Red Book” in hand (the previously mentioned Whitman’s Guide Book), they go to coin clubs or local coin shops or auctions and try to buy up everything they can afford – so long as its cheap or priced below guide.

This is a horrible way to experience the hobby, and in the long run it’ll do you no good!

Having said that, cheap coins are not to be shunned. You can have a spectacular and well-thought-out collection with coins costing only a few dollars each. But cheap coins consumed en masse without caution or care are coins that most certainly won’t be enjoyed to their fullest.

Don’t fall into this trap. Unless you’re trying to buy ultra-rarities and have millions of dollars to spend, know that every coin you could possibly want will be available to you at the right price, in the right quality, at the right time.

Buy coins that pique your curiosity or fit into your collecting style. Seek them out; don’t develop a collecting style around coins that you would otherwise have no interest in except for the fact that they are made available to you.

If you want to specialize in a series, great! Some of the most interesting collections ever built were highly specialized and built by collectors who became that area’s foremost experts. If you want to spread a wide net and collect examples of many different things, that’s fine, too.

There are more right ways to collect than there are wrong ones. So long as you’re learning and having fun, you’re doing it right!

4. LEARN TO GRADE, AND CONSTANTLY UPGRADE

Whether you buy coins from a coin dealer or pull pieces out of circulation, you have to learn how to grade coins. Your collection should have the best examples of the coins you like and that you can afford.

If you’re pulling coins from circulation, the process of constantly upgrading your set by continuously seeking out new coins in rolls makes perfect sense!

Charles: About 20 years ago, I spent about a year penny roll hunting for lincoln cents. My goal was to build rolls of uncirculated coins Memorial coins from change and to save every wheatie I could find. I was able to build about 100 date and mintmark rolls of wheat cents from 1910 to 1958 – just pulling coins out of rolls from my local bank. I also found, in change, several rolls worth of bright red coins from the 1960s and 1970s.

At the same time, I began to fill a Dansco album with circulation-find cents. I considered no coin a part of the “permanent” collection and cross-checked my choice new roll pulls with the coins in the folder. Over time, the composition of the collection changed and improved, and by the time I was “finished” with the album I only had a handful of challenging coins to buy.

I sold all of my rolls of found coins for enough money to buy my 1909-S, my 1909-S VDB, my 1914-D and my 1931-S. Everything else cost me no more than a penny! And in return for my time and patience, I developed a pretty good eye for grading circulated coins.

There’s a saying that collectors should buy the best coins they can afford. To the cynical collector, this suggestion makes sense because it seems to benefit the dealer that charges you extra for nice coins.

Honestly, there’s more than a grain of truth to that.

But as a practical matter, I’d rather a collector buy the right coin for their taste and set and realize at the point of purchase what they’re getting for their money.

If you don’t intend to spend more than one or two hundred dollars putting together a set of Indian Head nickels, it doesn’t make sense to spend most of that budget buying a super-Gem 1938-D example while the rest of the coins are graded Good to Fine.

But even a Good to Fine collection of Buffalos can improve with careful planning and precision buying. Set the standard of what’s reasonably for your budget and interest and continue to nudge it forward. You’ll learn so much in the process.

5. READ UP BEFORE YOU BUY FROM A DEALER

Even if your preferred dealer goes the extra mile to help you on your purchase, it is your responsibility, not theirs, to make sure that you buy the right coins at the right price and for the right reasons.

This goes for all budgets and levels of experience. You’d be amazed how many well-educated professional people fall victim to their own hubris, purchasing tens or even hundreds of thousands of dollars worth of coins without spending even one minute to do a google search to find out who they’re buying their coins from or whether it’s even a good idea!

Becoming knowledgeable about the coins you want to buy before you do helps you choose not only the right specimens, but the right people to do business with and the right collectors to share information with.

At the end of the day, coin collecting is what you make of it. It can be as social or as private as suits you personally. Your collection can be big or small. Valuable or affordable.

Every collection is imbued with the personality of its builder.

So go out there and build the next great set! The one that makes you a proper Numismatist.