When it comes to confusing coin pricing, April was in like a lion and out like a lamb. It was a month that produced the good, the bad and the downright ugly.

Perhaps the biggest steal of the month, maybe of the year, was the astute buyer who snatched a copy of the King of VAMs at the Heritage Auction. The 1878-P VAM 44 in a PCGS AU55 holder went for $3,682 USD. Pricing history and the 2013 VAMview Retail Price Guide lists the coin at $10,000. 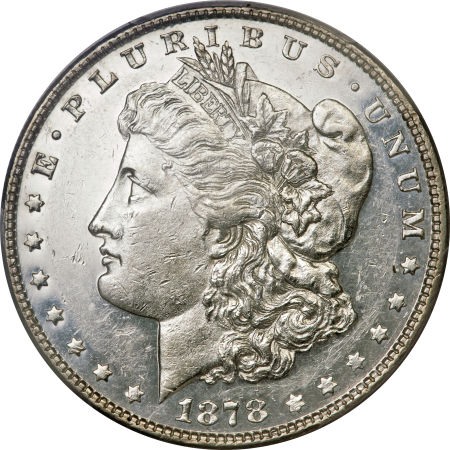 But all was not down the slippery slope during the month. Several coins stayed right in the price range as expected. Among them were: 1878-P VAM 14.9 in a PCGS EF45 holder that sold for $1,150 between private parties. The retail price listed is $1,500.

As always is with the pricing of coins, there were some that just take off. April was no different.

An 1878-S VAM 57, a long nock, hit the high notes with both the highest grade publicly exchanged and the highest price publicly recorded. The coin in a PCGS MS62 holder was sold between private parties for $12,000. The VAMview Retail Price Guide gives its highest price and grade of $9,000 for an MS61 example.

And, while The VIEW suggested in the last edition that the glow may have been diminished for the 1880-P VAM 39A, a couple of private parties went a long way in showing that the coin is not losing its luster. An MS63 example in a PCGS holder was sold for $1,800. Before there was any talk about a reduction in value, the same coin had a suggested retail price of $1,500.

Dennis Halladay records all public sales of VAMs for the VAMview historical record and as the fodder for compiling the numbers for the annual VAMview Retail Price Guide.

In April, he listed dozens upon dozens of prices. But the month was probably summed up best by the sale of three coins in the April Heritage auction. In that auction, there were three 1888-O VAM 1B coins sold. Commonly called the Scarface, the coins have been highly sought after by collectors across the spectrum, from hardcore to casual. These coins, all housed in PCGS holders, sold as follows: