One of the most controversial categories of U.S. coins is Mint Errors. Many dealers and collectors, as well as coin auction houses, buy, sell, and trade many rare, exotic, and unique major mint errors. Obviously, some of these defy logic and were intentionally created and taken out of the Mint. 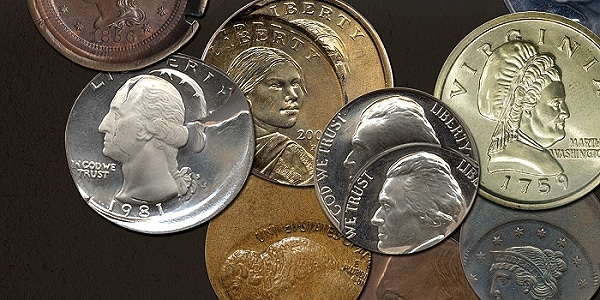 In the early 2000s, a group of several hundred U.S. error coins was found in a safe-deposit box. Dealer Fred Weinberg purchased this group, which included coins struck for Proof Sets and also coins struck for circulation. This group was auctioned by the California State Controller’s Office of Unclaimed Property. The United States Secret Service inspected and released this collection to the State of California determining that it was legal to own. The State of California then auctioned the collection and the rest is history.

Another example of U.S. error coins escaping the United States Mint occurred in the 1970s. A hoard of Proof error coins were smuggled out of the San Francisco Mint inside the oil pans of forklifts that were being serviced outside of the Mint. This topic was discussed in the June 6, 2022 issue of Coin World, which covered Fred Weinberg’s account of this story.

Obviously, the marketplace accepts these coins, and some collectors are happy paying thousands of dollars for coins that show every indication of having been created through illegal means.

In Episode 11 of the PCGS video series Slab Lab, Seth Chandler interviews Fred Weinberg. In part 2 of the interview, Fred explains in detail why mint errors that are decades old are not recovered by the U.S. Mint. Fred’s recollection of conversations in his office with the Chief of the U.S. Mint Police are extremely insightful and explain why the Mint doesn’t attempt to recover error coins from decades ago.