The experts just concluded that the FUN Show was, by all accounts, a rousing success. Attendees and dealers described an invigorating and raucous environment for both sales and buying during the show’s run. And the series of Heritage Signature Auctions of the same name roared to over $88.3 million USD. Along the course, 10 — that’s right, 10 — US coins catapulted to over $1 million! As we get our feet wet in 2023, we are already wading into unchartered territory!

Oh yes, for those keeping track, this is also the final installment of my 12th Annual Year in Review. So pull up a comfy chair, kick back and enjoy Part III.

A lot of “blind” money is being channeled into the numismatic marketplace. If your new customer wants to entrust $250,000 for a starter portfolio, what would you include?

I’ll go back to the old adage, “Buy the book before you buy the coin.” If a new buyer is looking for investment upside, it’s especially important to know the downside risks as well as the upside potential. I like recommending key dates to those not as attached to the hobby as a collector. I always tell people, “I am not sure coins are a great investment, but collecting coins is a great investment.” I am against buying anything blindly. If you are going to spend substantial amounts on coins, you owe it to yourself to learn something about them. It would be like me buying into racehorses blindly — not much chance of success there.

I like to mix it up a bit and split it three ways: gold/silver bullion; rare pre-’33 gold; and rare modern gold/silver.

High-quality coins. I’d aim for CAC-stickered certified coins but not necessarily the Top Pop coins. There’s a balance between quality and rarity that must be followed.

I’m not sure it’s “blind” money like you think. We’ve found the buyers of serious six-seven-eight [figure] coins to be very knowledgeable and passionate collectors. They are not saying “here is a fortune, go buy me some coins”.

When people are starting out, we always recommend going with what you like as a first step. Always stick to certified coins, and deal with reputable companies. Be careful of the scams on eBay and other online venues that do not offer the guarantees like reputable coin dealers offer.

Gold and silver at a hedge with at least 50% into bullion, then balance into MS 65 US classic commemoratives and MS 64-65 US gold type coins.

Generally, what are your customers targeting? Have their collecting habits been altered due to escalating prices? I think more collectors are focusing on completing their collections and especially focusing on the rarer coins that don’t turn up on the market very often. We have seen a very healthy increase in the number of collectors participating in our auctions each week.

I’m not sure that I’ve noticed collecting habits really change. I think that a number of collectors have decided to sell parts of their collections recently due to the higher prices in the marketplace, but collectors tend to be a rather consistent force for DLRC.

My customers are targeting all aspects of the market. If anything, the demand has increased.

I think advanced collectors are naturally grappling with some of the new and higher prices across nearly all segments of the marketplace, and have slowed down their buying, while newer entrants to the market are excited about building their collections and portfolios in the current market. We’ve seen a lot of interest in bullion, and our weekly Precious Metal Auctions have proven extremely popular. But I think all players recognize that there is a finite and limited quantity of trophy rarities and other super coins in existence, so buying them now is paramount. Who knows when another will appear?

My customers are attracted to coins with great stories. That is one of the reasons we expanded into ancient coins several years ago. Higher prices have dampened some demand, but in general, great coins remain easy to sell regardless of price.

Our best clients are still targeting the high-end world and ancient coins and US gold coins in the higher grades.

Answering this question as a collector, I believe it’s human nature to buy more when you encounter a perceived bargain, and buy less when you feel you’re paying top dollar. Which probably means the average collector has hesitated more this year than in the recent past. I know I have. 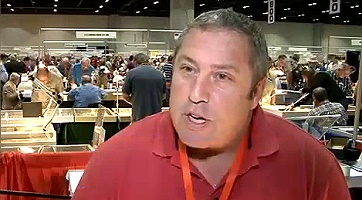 The same buyers who had a “wait and see” philosophy have determined that this can be a costly decision, particularly when it comes to filling in the scarce key dates that do not come to market often, such as a 1930-S $20 Saint-Gaudens in MS 64, or Civil War and Carson City Double Eagles in MS 60 or finer.

Liberty Proof Double Eagles and Proof Indian Eagles have been very hot for us over the last several months. It seems like whatever we take in goes right out the door; sometimes before I can even get into the office to look at the coin! Generally, we have always targeted the upper echelon of the coin collecting totem pole, and they have welcomed increasing prices because it proves they’re doing something right!

Due to higher premiums, any backdated American Silver Eagle is currently quoted nearly 60% over spot, which places them at around $40 retail. Conversely, common XF Morgan Dollars are selling at about the same price. Which is a better value for the silver enthusiast with a $5,000 budget?

Buy the Morgans. You are acquiring a piece of history versus perpetuating the United States Mint’s monopoly.

Silver Eagles. Not because they’re rarer than an XF Morgan Dollar; they’re obviously not. But they’re prettier and shinier and more universally accepted across the globe both to collectors and on an institutional level.

For a novice, American Eagles; they are new and attractive and easier to sell just about anywhere. For others who like history, maybe the Morgan Dollar.

I think BU Silver Eagles are the play. The Silver Eagle series is the most collected and purchased bullion coin in the world and I think the most asked-for piece.

The premiums for Silver Eagles are certainly exorbitant right now. I’d go for the classic coin if the choice were mine… or wait for the Silver Eagle premiums to drop!

Morgans are simply “bullion” with muscle. We like Morgans versus American Silver Eagles.

Silver Eagle premiums will not stay this high forever — they have actually been dropping in the last week or so. Morgan Dollars are fun to collect, but I would not buy them as a bullion play. Stick to low-premium silver rounds until Silver Eagle premiums come back down to Earth. We appreciate the proclivities of any collector, but isn’t it fun to hold a 100-plus-year-old Morgan Dollar in one’s hand and wonder where it’s been for all this time: bank hoard, Treasury hoard, casino, family cigar box, etc.?

All matter of collectibles have been extremely hot properties since the start of the pandemic. Yet, according to many pundits (and auction results), rare coins are still lagging. Are coins in the $5,000-$50,000 range still undervalued in your opinion?

Probably not. You’ve got to analyze who is collecting what. Many of today’s coin collectors started in the 1950s, ’60s and ’70s, which means they are of a certain age (and perhaps DNA); versus folks bidding up sports cards, comic books and video games. The best example of this divide is the market for non-fungible tokens [NFTs] — how many serious coin collectors are putting their hard-earned money into a piece of digital intellectual property? And do the Alphabet generations view money in the same way we do? (I earned $.05 per week per customer delivering newspapers each day, often in the snow and rain.)

Many are comparing rare coins to sports collectibles or fine art. The market for sports material is huge because everyone likes sports and can relate to them. I think coins are a good value and the rare coin market has room for growth. I especially like coins with a good story such as the coins listed in my book, 100 Greatest U.S. Coins.

Coins were going through a slow but steady decline in value on average, and overall market levels were being propped up by stronger prices at the top end of the market. While the coin market has been in an upswing the last few years, there is still tremendous, unlocked value in areas that saw some of the biggest slides. I think the “meat and potatoes” coins of yesterday are great bargains — Proof type coins like Barbers and Liberty Seated, key dates and classic silver and gold commemoratives. Even a lot of your historically popularly collected series like Indian Cents, Lincoln Cents, Buffalo Nickels, Mercury Dimes, etc. offer great value in the AU to MS 65 range.

Oh, absolutely. When you have paintings selling for $450 million (the Salvator Mundi) that is rumored to just be sitting on a superyacht in the Middle East, I think legitimately rare coins at $5,000 to $50,000 are immensely undervalued. It’s not even a question. Especially now. There are few safe havens anymore for hard-earned cash. After the FTX debacle, a pending stock market slow-down, high inflation, high interest rates on real estate and so forth, it just makes sense to park some cash into coins.

Yes, we have pointed out recently that coins have underperformed against other collectibles, and have found collectors of other areas, like sports cards, have started to move over to coins since they see the good value.

As the market has increased over the past few years, we saw increases pretty much across the board. Some of the price increases surprised me, but others were well-deserved. I still think many have upside. And I hope, as the market matures and progresses, that special coins outperform more average coins.

Not necessarily. It all depends on what. Modern high-grade rarities, probably, are overvalued. Classic US, world and ancient coins, probably not.

I don’t look at “undervalued” or “overvalued.” As a dealer, I have to look at and report fair market values. Coin collecting is a hobby first and foremost, with possible investment upside. But we all know that markets ebb and flow, and coins are not immune to the cyclical nature of a market.

Thanks again to all my contributors for making this annual review informative, diverse and so enjoyable. I really appreciate all your input.

As it is chilly, I will heat up some more tea and try to keep warm. I can hardly wait – tomorrow morning the new furnace is being installed just before we’re scheduled to get over a foot of the white stuff.

Until next time, be safe, happy holidays, and happy collecting.