Modern or vintage, there are plenty of options for collectors

The United States Mint recently conducted its second annual Mint Forum in Washington, D.C. This year’s attendance was much larger than last year, with around 80 dealers, hobby leaders and collectors making the trip.

The agenda included subjects such as coin production (from design to manufacture), hobby legislation, and the upcoming 2018 product schedule. Mint officials also spoke about marketing efforts, and how their limited budget of $6 million is spent each year. As would be expected, a considerable push toward e-commerce is an ongoing theme.

The first US Mint Forum was held last year in Philadelphia. Around 40 participants brainstormed on how to grow the hobby. Mint officials sought advice and feedback, some of which was acted on rather quickly. 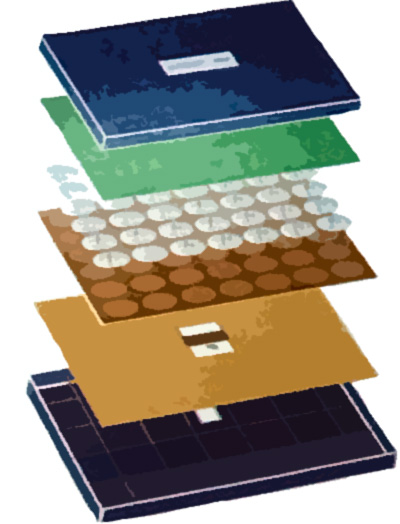 One suggestion centered on Mint packaging. Several large companies stated that the elaborate Mint boxes usually end up in the dumpster when the coins are sent to the grading services. The cost and waste could be avoided if the Mint offered “bulk packaging.”

This year, the Mint started offering Proof Silver Eagles in bulk packs for their clientele. If successful, the concept will be applied to other Mint programs going forward.

Another idea that was given at last year’s Mint Forum was to produce more silver numismatic medals, such as the 2016 American Liberty silver medal. Panelists told Mint officials that their current offering of bronze medals was unattractive and not very popular. Consumers much prefer medals struck from precious metals, and current legislation would allow greater flexibility of design and production. The 2016 American Liberty silver medal was well-received and several silver medal projects have been produced, with others are in the pipeline.

The Mint is currently offering a four-piece 2017 American Liberty Silver Medal set for $199.95. The product description from the US Mint website states:

2017 marks the 225th anniversary of the United States Mint. To mark this momentous occasion, we are proud to introduce the American Liberty 225th Anniversary Silver Four-Medal Set featuring four silver medals, each with a unique finish and mint mark: Emblematic figures of liberty have graced American coins and medals since the founding of the United States Mint 225 years ago. Our newest Liberty features a modern rendition of this iconic figure and embodies the ideals of freedom and equality first set forth in our Declaration of Independence.

Next year, the Mint will be offering five different silver medals to accompany the release of the World War I Centennial commemorative silver dollar. Details about pricing and mintages have not been released yet.

There has been some controversy about the Mint possibly offering the medals individually with each order of the 2018 commemorative silver dollar. This would require customers to purchase five of the same coin (2018 commemorative silver dollar) to receive one each of the new silver medals. I suspect this marketing strategy will be changed before the coins are released. Regardless, I think the World War I medals will be a big hit! 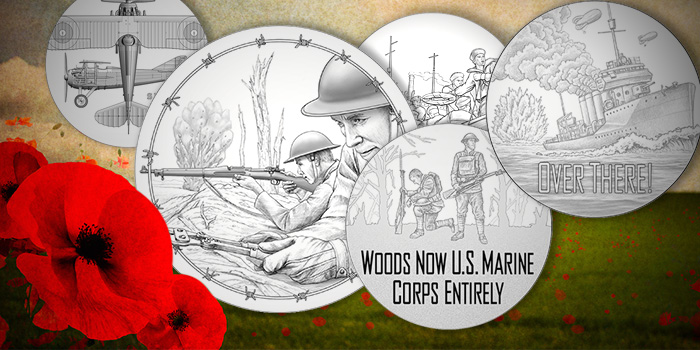 Collecting silver medals in the U.S. goes back to the origins of coin collecting in the United States in the 1850s. At one time, collecting medals was probably more popular than the pursuit of federal coinage.

There is a rich history of this part of the numismatic market. One of my all-time favorite numismatic items is the 1782 Silver Libertas Americana Medal. The medal was the idea of Benjamin Franklin and was produced in Paris to acknowledge the help of France during the American Revolution.

But while there is that rich history of collecting medals, it can be difficult to get started. The Guide Book of United States Coins (the Red Book) has a rotation of information about collecting different kinds of United States medals. You can review the last several editions to find information about such issues as Modern US Mint gold and silver medals, so-called dollars and much more. There are also dozens of books and articles about collecting US medals.

One of the best recent articles I have seen about collecting medals was by David T. Alexander for CoinWeek: Should You Collect Medals? David gives an excellent history of the subject and discusses one of the greatest medals collectors of all time: John J. Ford. The auction catalogs of his collection by Stack’s are one of the best references ever produced on the subject.

Finally, you might check the digital archives of the American Numismatic Association (ANA) at money.org. They have 125 years of articles in a searchable format that can be very useful when researching this exciting part of the numismatic market.

Several years ago, I purchased a collection of so-called silver dollars. Instead of selling the collection, I decided to begin collecting them. It’s a fun pursuit and much less expensive than US federal coinage.

I suggest giving this part of the market some thought. They are fun to collect and, as they become more popular, will probably be a good investment in the future.