1.) When paper money was as risky as bitcoin

The first paper money notes in these parts were issued by the Massachusetts Bay Colony in 1690. That caught the attention of London. In 1740, when the Massachusetts Land Bank wanted to issue some paper notes, the project was nixed by the British authorities. They didn’t want the locals to be fooling around with anything as important as money…

2.) How it’s made: Official game coin for Super Bowl LII The official coin is a hallmark of the game. Kott and 150 employees start the process of designing the coin long before the final matchup is set. The Highland Mint has been licensed by the NFL since 1993, and Kott has personally watched the coin toss in person for most of those Super Bowls…

Handling coins is still a regular occurrence for many people. Writing this story served as a reminder that touching these artfully cast pieces of metal is as close as most of us ever come to touching history.

What’s more, when we take a moment to look, we may discover a profoundly unexpected window into a different time and place that fires the imagination…

5.) The Queen and future kings Charles, William and George together on new coin The Queen and three future kings – the Prince of Wales, the Duke of Cambridge and Prince George – are being honoured by the Royal Mint. They feature on a new £5 coin which shows their initials E, C, W and G, and three crowns.

The Four Generations of Royalty Collection includes editions struck in gold and silver, finished to Proof, and a Brilliant Uncirculated edition. The official reverse design is by heraldic artist Timothy Noad and represents the heritage of the House of Windsor…

The Spanish Mint – the FNMT – has announced that it will strike a limited edition of €2 coins in commemoration of King Felipe VI’s 50th birthday. The coin bears the King’s coat of arms as well as engraved text marking the date. 400,000 coins will be minted…

7.) National Bank Of Georgia Issues Collector Coin For 100th Anniversary Of The Foundation Of The State University

The Securities and Exchange Commission (SEC) said AriseBank failed to register its activity and falsely claimed it had purchased a US bank.

It also said Arise did not disclose the criminal background of key executives.

Arise, which described itself as the first decentralised banking platform for cryptocurrencies, started raising money for the company last year, through an offering of AriseCoin, its own digital currency… On Friday evening in Japan, one of the biggest virtual currency exchanges in Asia, Coincheck, announced that it had lost 58 billion units of the cryptocurrency NEM, worth roughly $530 million dollars, which may well be the biggest cryptocurrency heist in history.

For those of us with a long memory, the press conference was eerily reminiscent of Feb. 28, 2014, when Mt. Gox, once the world’s largest bitcoin exchange, declared bankruptcy and announced that it had lost over $500 million worth of bitcoins to hackers. (The figure was later revised down to $430 million.)

This new incident is an embarrassment to the Japanese government, which has been trying to make Tokyo the global center for cryptocurrency… 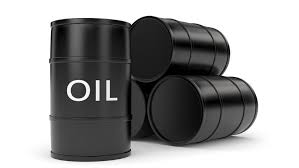 The first sale of the petro will take place Feb. 20 and a number of “mining farms” are being developed at schools and universities, Maduro said, after signing the petro’s whitepaper.

Previous drafts of the white paper showed each coin would be backed by one barrel of Venezuelan crude, though the coins can’t be exchanged for the actual oil. The petro will be divisible into 100 million units and the minimum exchange unit will be called the mene, according to the draft proposal…

11.) ‘The Biggest Theft in History’: What We Know So Far About the $530 Million Coincheck Hack

Granted, the Mt. Gox hack was larger as a percentage of the total cryptocurrency market cap at the time of the theft, but in pure fiscal terms Coincheck now holds the infamous distinction of having been victim to the biggest cryptocurrency exchange hack in history…

Detectives with the Indianapolis, Indiana police department are investigating a homicide discovered on January 26. A male victim, 75 years old, was found dead of possible blunt trauma inside his residence. Detectives believe that coins – a collection in excess of $100,000 – are missing from the residence, along with other items such as guns and jewelry.

The suspect or suspects left in the victim’s Hummer but that vehicle has been recovered.

The link below provides a detailed inventory of gold coins stolen. Additional lists will be provided as the investigation progresses. Dealers should be alert to any suspicious persons attempting to sell a large amount of coins in the Indianapolis or surrounding areas.

On December 24, 2017 the Numismatic Crime Information Center sent out an alert regarding the theft of the coin pictured below from a shop in California. The coin has been recovered. A dealer in California bought the coin, saw the alert and contacted NCIC. The dealer provided information on the person who sold him the coin and NCIC immediately contacted the investigating agency. The investigation is ongoing.

13.) Not Guilty Plea From Trail In Gold Coin Case

The not guilty plea Thursday came from 51-year-old Aubrey Trail from his Leavenworth, Kansas jail cell on video conference in U.S. District Court. His 23-year-old accomplice, Bailey Boswell, made her not guilty plea Monday. Both are accused of taking $400,000 from a Kansas couple in 2015 through false documents and websites in the coin scheme…

RCMP in both Kelowna and Lake Country have documented several files where counterfeit Canadian $50 and $100 bank notes have been circulated and subsequently seized by police. The fraudulent purchases have been made at a variety of local businesses from retail stores, to gas stations, to pharmacies, to coffee shops and even gift shops…

Prosecutors with the Department of Justice said Richard Steven Johnson, 41, of Rio Linda, California, removed the gold bar from its display case at the Mel Fisher Maritime Heritage Museum on Aug. 18, 2010. Jarred Alexander Goldman, 32, of Palm Beach Gardens, acted as a lookout for Johnson, prosecutors said.

The market for Tet lucky money is being transformed by different kinds of bank notes. Besides Vietnamese and USD small changes, there are Belarus 5 Rubles from 1992, Macao 10 Patacas from 2018 with all having the image of the dog on.

Among those, the 28-country bank note set is being sold on the internet claiming they can bring luck and happiness for people…

With the coming of Lunar New Year, the demand for new notes increases as people prepare money to put in red envelopes. Therefore, the central bank will offer a cash exchange service to the public at 454 assigned banks and post offices…

Detectorist Chris Langston has had two rare finds in the last week, proving that there is plenty of history under our feet.

Mr Langston, who runs the Oswestry Unearthed company, says he found an Elizabeth 1st, 1585 AD, silver hammered sixpence while metal detecting in fields around Oswestry. On Tuesday he came across a 1850 Queen Victoria sixpence that had been counter stamped showing that it had travelled to South America…

20.) Detectorists stumble on treasure trove of Roman gold, or so they think

With a little jig of delight and a cry of “Roman gold! Roman gold!” Mr Adams called over his detecting partner Andy Sampson to feast his eyes on the trove, worth what they estimated might be as much as £250,000.

But in what turned out to be a case of life imitating art imitating life, the 54 gold coins were nothing more than props left behind by a film crew making the BBC comedy series Detectorists, starring Mackenzie Crook and Toby Jones as two hapless friends dedicated to the search for buried treasure…

A stash of gold coins found Monday is the latest piece of evidence that a shipwreck 40-plus miles off the North Carolina coast is that of the steamship Pulaski, which took half its wealthy passengers to the bottom of the Atlantic in 1838.

Divers found 14 gold coins and 24 silver coins in a spot “no bigger than a cigar box.” All predate the ship’s sinking and include one British coin that experts say could be worth $100,000…

A wealth of archaeological relics found at an ancient Christian site in Israel includes a rare silver coin, the top of a column that likely belonged to a royal structure and a large pool that might have been used for anything from baptismal ceremonies to irrigation. The newly revealed finds span a number of different cultures and time periods, and the site itself corresponds to tales about Philip the Evangelist from the Bible…

Experts believe the unique stockpile of more than 3,300 copper coins may have been hidden by the owner inside a large jar in around AD 346 to keep it safe from Saxon and Irish raiders. Part of the famous Cridling Stubbs hoard, which lay buried in a North Yorkshire field for more than 1,600 years, can now be seen in Leeds City Museum’s Ancient Worlds gallery until July…

24.) To coin a frame: A portrait of Trump, made from pennies

Green told CNN the idea for the Trump portrait was sparked in August, when the US President thanked Putin for expelling US diplomats, saying he had saved America a lot of money. He also talked about saving America money when he pulled out of the Paris climate accord.

“He only talks about money. We have bigger problems like nuclear war and climate change. To me, it looks like he is rich but he is cheap,” Green said.