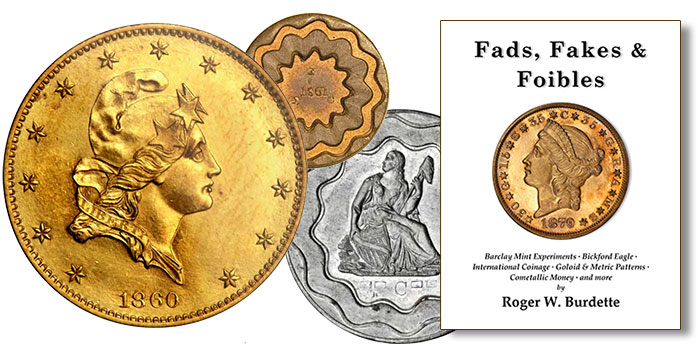 Most 19th-century Americans thought of coins and currency in two practical ways: a concern that their pieces of coin or paper currency would be accepted by merchants for purchases, and a desire to have more.

For those few involved in economic policy and politics, other, more esoteric aspects of coinage were of concern. Their three principal subjects were the prevention of adulteration or counterfeiting, the direct equivalence of international gold coins, and the use of metric weights for coins. Underlying each of these were certain economic assumptions and profit opportunities that pushed governments toward decisions.

Adulteration and counterfeiting were of concern to all because bad coins meant that merchants and banks would reject the money a person offered in payment. In this regard, it must be remembered that gold coins were simply convenient tokens containing a certain weight of pure gold. Banks and merchants could, and occasionally did, reject legitimate gold coins because they appeared heavily worn or were lighter than official standards. This was the focus of James T. Barclay and his obsession with preventing the degradation of the national coinage.

Nickel-mining maven Joseph Wharton went to great lengths to promote alloys of nickel and copper for minor coins valued up to 10 cents. Here, he cracked skulls with persistent mint officers who thought of base metal coins only as temporary Civil War substitutes for silver dimes and half dimes.

Businessman Dana Bickford, alternatively, was concerned with the ability of travelers to easily know the value of their American money in certain European currencies. His idea for a gold international coin was not intended as a standard of value but as an equivalency calculator. His changes were of design, not content, although much of the work was facilitated by George Dunning, former Superintendent of the New York Assay Office.

Silver producers of the 1870s wanted to stop the decline in silver value compared to gold. Others wanted a bimetallic standard so that gold and silver would circulate equally. Backers of standard international coinage wanted to follow the principles of the Latin Monetary Union and have the gold coins of all major nations exactly equal one another. Further, many idealists across the world wanted all coin weights expressed in grams of pure gold or silver and coin diameters and weights to be whole numbers. Here we find Wheeler Hubbell proposing a bimetallic coinage alloy and U.S. coins of metric weight. He was neither the first nor the last to advocate these measures but was certainly the one most favored by a Congressional committee. Nicholas Veeder, on the other hand, wanted not an alloy but a mechanical union of the two metals – much like modern bimetallic coins.

Others proposed to protect coins by adding an iron ring, or striking pieces with one or more holes to permit a convenient diameter while aiding the blind in identifying a coin’s value.

Fads, Fakes & Foibles brings together a strange crew of idealists and opportunists – creators of the best known but little understood coinage proposals. The author, building on original archival sources, separates fact from fancy while providing today’s collectors with a delightful journey through some of the oddest coinage proposals ever made.

Fads, Fakes & Foibles is available from CoinWeek Supplies. The cover price for the 8½x11-inch book containing 273 full-color pages is $29.95. Purchasers may also request a complete digital index edition at no cost. This will facilitate subject searches and provides a convenient copy for use on smartphones, tablets, and similar portable devices.