This latest installment in the continuing summary of deceptive struck counterfeits documented to date centers around this 1796 “S-93” Large Cent; as in previous articles in this series, I have included a one-page attribution guide to aid in the identification of any that are still out there. Of the documented examples of this variety, one was certified by a TPG (the “discovery” example), another was caught in a submission to another TPG, and the genuine source by yet another…

This “variety” was first known from a single example discovered on the internet by a fellow EAC member back in 2015 (Penny-Wise</strong> January 2016 article); from review of the on-line images, and aided by the discovery of another example submitted to a top TPG days later the two were called fakes. An interesting point to note in this comparison is that the “discovery” coin carries the same main sister marks of the second example on the right, but there are unique features between the two such as scratches, pits and other surface marks to indicate they are different examples, and certainly different than the original “source” coin. As in previous investigations, a time-line proved helpful in organizing the examples. 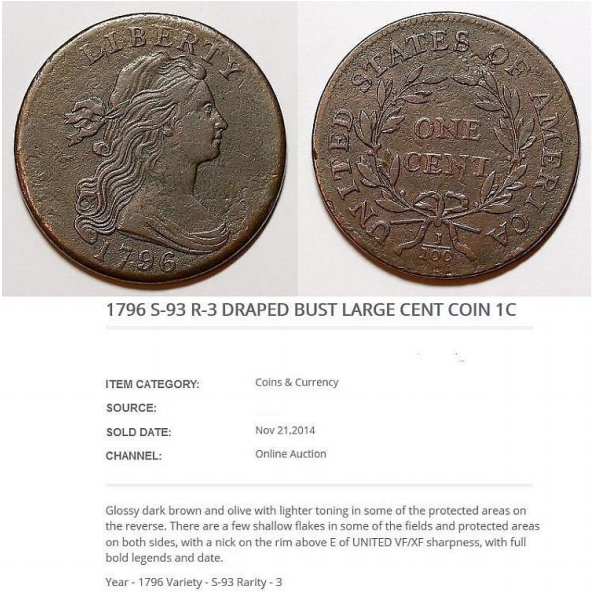 This example is pedigreed to the Mass Historical Society and purportedly photographed by Breen, and recorded in Noyes; we should be concerned about losing a significant pedigreed example to the “process”- hopefully someone out there has given it a good home! In regards to finding more examples out there I would like to again quote my friend and fellow Dark Side participant Nick T.: “There are many marks on this one that should make it easy to spot a copy – easy as long as someone is looking!” As always, the research continues to be a collaborative effort with many Early American Coppers (EAC) members, “Dark Side” members (our focused Facebook group of counterfeit researchers) and friends participating.