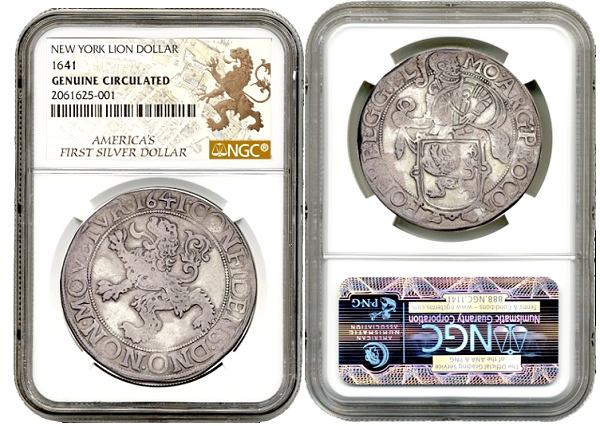 It’s the mid-17th century and the Dutch Colony of New Amsterdam, better known today as New York, is thriving!

New York is the global epicenter of finance, the standard for commerce, fashion, and culture and the entry point for Europeans looking for a better life in the New World.

Just a few short years prior, the Dutch East India Company established a sizable fort on the southern tip of Manhattan Island. The wall of the fort was located on the site of what is now Wall Street in the financial district of lower Manhattan.

Dutch-minted silver Lion “Daalders”, or the Lion Dollar, was the silver standard for world trade in the 16th and 17th centuries. Circulation of Lion Daalders was extensive throughout colonial America as well as Europe, Africa, the Middle East and the Orient.

Although there are several accounts that contest the circulation of the Lion Dollar in Colonial America, the first paper money issued by the colony was payable in Lion Dollars. In fact, it secured the monetary stability of New York as the new colonial paper money struggled to avoid rapid inflation. 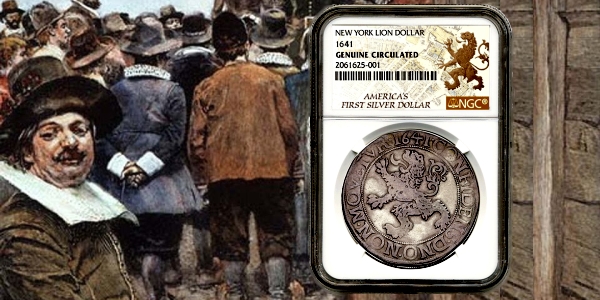 The Lion Dollar is struck in .750 fine silver with the predominant alloy being copper. The obverse features the rampant lion, “King of Beasts”, symbolizing bravery, nobility and royalty. The reverse features an armored knight holding the Dutch coat of arms.

Want to own one of these coins ?

Call 800.880.4653 to check availability of the Silver Lion Dollars and get a current quote. Note: prices and stock may vary as supply is limited and subject to prior sale.