By Jeff Garrett for Numismatic Guaranty Corporation….
Due to societal changes, coin collecting has gone from a life-long pursuit to a rush to complete and sell a coin set.

Until about a decade ago, most collectors built their collections over a very long period. Many who began collecting in the 1950s, 1960s and 1970s considered numismatics to be a life-long pursuit. Over the years many great collections were formed and ultimately sold decades after they were first begun. Collectors such as Newman, Bass, Eliasberg, Ford, Pittman, Trompeter, and most recently Pogue, assembled vast collections over the course of decades. This slow process of building a collection has many advantages that should be considered.

Building a collection over a long period of time gives an individual the chance to educate themselves about what they are collecting. The absolute best way to become a successful collector is to learn about what you are collecting. It can sometimes take many years to understand the nuances of a particular series. Rushing to assemble a collection is usually a recipe for disaster, including buying the wrong coins and paying too much. Patience is a valuable trait for the successful collector. Many opportunities to purchase a great coin rarely occur and being in the game for the long-term will give collectors a better chance to make wise acquisitions.

As in life, collecting rare coins is really about relationships. This includes the experts in the field you have chosen to collect. These long term relationships can provide invaluable knowledge that has been acquired over decades in most cases. The relationships may also include fellow collectors who can explain the ropes and share inside tips for a particular series. I have spoken many times in the past about the value of mentors in numismatics. Developing these relationships generally takes time, but are well worth the investment.

Dollar cost averaging is another great benefit of collecting over a long period of time. This is especially important now with the extreme cost of many numismatic rarities. Collectors who assembled their sets in the mid to late 20th Century were able to buy coins for what now seems close to free. That is no longer the case and buying coins from many sources and over a long period helps even out purchases in a fluctuating market. If you bought a large sum of common date United States gold coins just a few years ago you would now be facing big losses. Buying smaller amounts over several years is a big help in making sure you have not bought at a market top.

Another important factor when considering holding periods for rare coins is the friction of trading too frequently. Every time you buy or sell a rare coin, someone is there to profit from the transaction. This can be quite costly if done too frequently and if you have not held your coins very long. The typical auction (buyers charge) is now around 17.5%, and even the closet margins you can expect from most dealers is 5-10%. These percentages may not seem like a lot, but they add up–just ask Heritage or Stack’s Bowers! Collecting rare coins should be done over a long period of time in my opinion. Leave day trading to the stock and commodities traders. Even those guys have a very hard time making money trading so often; the fees are hard to overcome.

An interesting study in holding rare coins for a short period was illustrated sharply in the just concluded Eugene Gardner sale in New York. The Gardner Collection was formed over a long period and Mr. Gardner adhered to most of the advice given above. I’m sure the return on his investment in numismatics paid great dividends in terms of profit, relationships and enjoyment. Mr. Gardner enjoyed collecting and was very active in many of the great sales held in the last few decades. This includes the epic sale of Eric Newman’s collection. A few of the coins that had been purchased just last year failed to reach the levels attained at the Newman sale.

This is not surprising for several reasons. Most of the coins in the Newman sale had been in his collection for more than two generations. When a great coin that has not been offered in over 75 years is sold, the bidding will be fierce. The 1861 Seated Quarter graded NGC PR 68 is a great example. Mr. Gardner and another bidder went to war to own this incredible coin. The final sales price of $188,000 was a record for the date and type that will not soon be met. In fact the coin was sold for $129,250 when it was offered a couple of weeks ago in the final installment of the Gardner Collection. This price would be considered incredible other than the fact it had sold for much more last year. I have stated many times before that the rare coin market can be psychological warfare. Having the chance to buy a coin that has been off the market for 75 years is much more exciting than buying one that has been off the market six months!

I am often asked about investing in rare coins. My standard answer is that you should not invest in rare coins, but collect them–this is almost always a great investment. This includes assembling your collection over a long period, being patient and trying to understand the series you have chosen. Too many collectors today rush to assemble a registry set, or some other sort of collection and then become bored with the hobby when it’s completed. Our society in general is now more into instant gratification and this sometimes includes coin collecting. Take time to enjoy the hobby and don’t be in a rush–the rewards will be worth the wait! 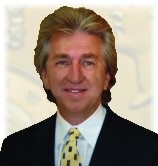