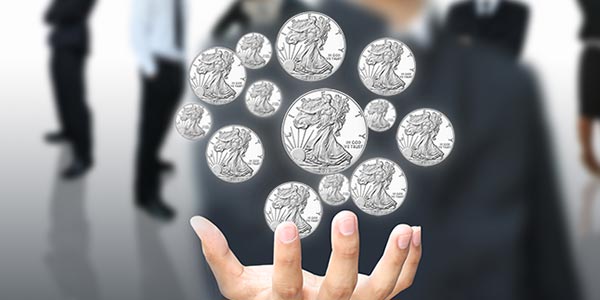 As is usually the case during the last six weeks or so of the calendar year, the U.S. Mint is nearing the point where it will halt production of its premier silver bullion coin, the American Silver Eagle.

Compared to the previous few years, total sales of Silver Eagles have been down this year. This is due in no small part to the sharp rise in silver prices earlier this year: At one point this summer, the argent metal had risen 45%, crossing above the $20-per-ounce threshold. These higher prices eventually wore down retail demand for the bullion coins.

By comparison, the counterpart to the ASE, the American Gold Eagle, has seen elevated demand in 2016.

There was an undeniable sales slump for Silver Eagles from June to September. This makes it a near certainty that annual mintage figures for the Brilliant Uncirculated silver coins will fall short of the record-setting totals from the previous three years.

In the run-up to the presidential election, sales saw an uptick. After over 3.8 million ASEs were sold in October, an addition 1.9 million coins have already made their way to the Mint’s Authorized Distributors (ADs) thus far in November. This correlates with strong sales of the collectible Proof Silver Eagle coins, as well: In fact, Proof ASE sales doubled during the week ending November 13 from the previous week.

As we approach Thanksgiving, the end-date for production of 2016-dated Silver Eagles also nears. Michael White, spokesman for the United States Mint’s Office of Corporate Communications, could not provide an definitive timeline for when this year’s production run will cease. Mint officials are typically mum about the exact date, as such a decision is not necessarily made public in advance.

However, it’s worth noting that 2015 ASEs ended production by December 11 of last year and sold out on December 15. This gives the Mint time to get a head start on the next year’s Silver Eagle production. These coins typically become available to distributors in the second week of January.

The U.S. Mint doesn’t sell its bullion coins directly to the public. Instead, it allows its network of Authorized Distributors to purchase the coins, and these dealers then sell them to consumers.

There will probably be one last production burst of Silver Eagles before the end of the year. After this point, ADs will only be able to replenish their inventories of the 2016-issue coins through the secondary market. If demand remains strong at this late date in the year, we could see supply shortages reminiscent of moments in 2015 and especially in late 2014.