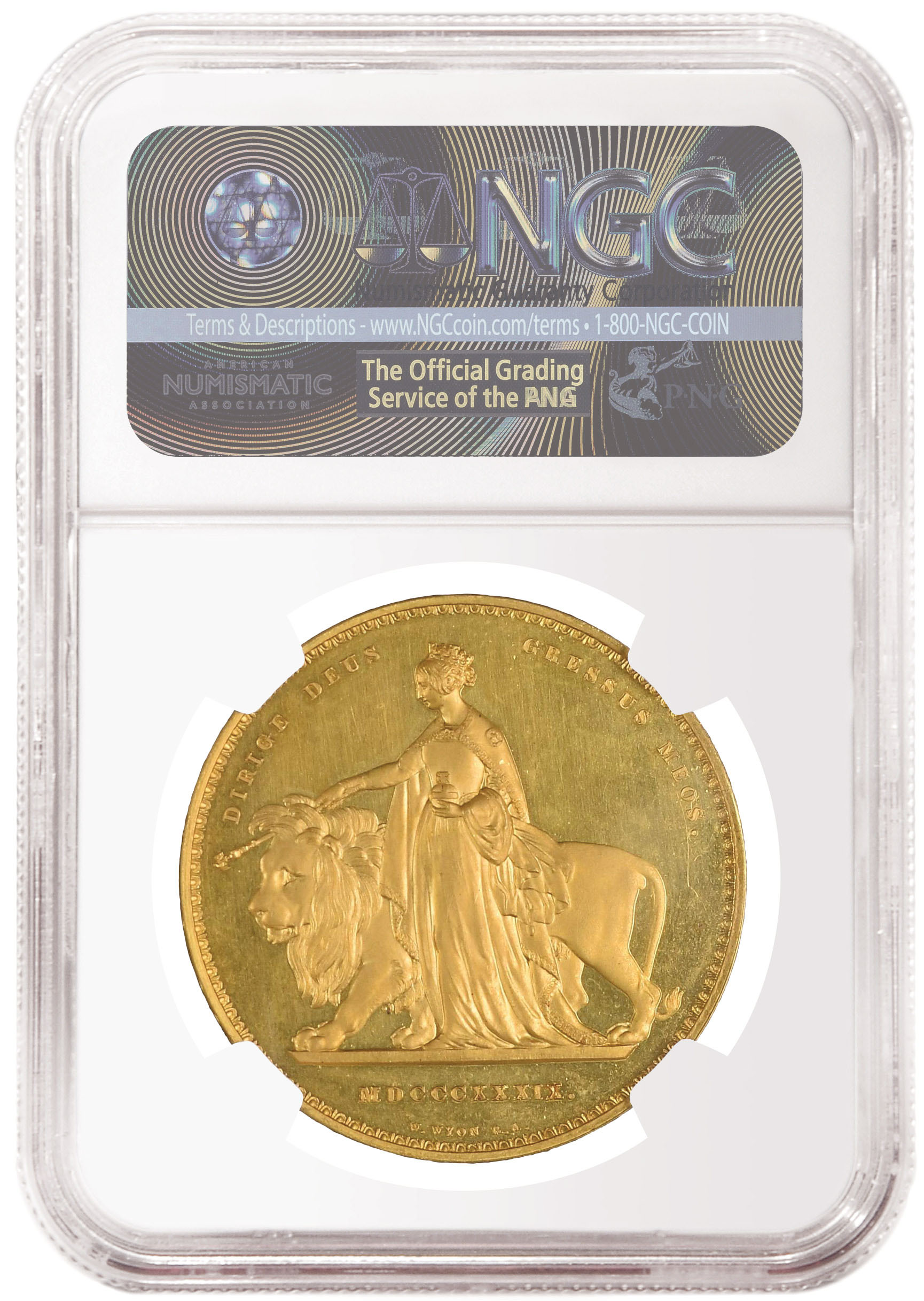 Only around 400 examples were struck of the 1839 “Una and the Lion” Five Pounds, which is generally regarded as the most beautiful coin in British numismatics.

Its obverse features a beautifully executed bust of Queen Victoria, surrounded by the legend VICTORIA D: G: BRITANNIARUM REGINA F: D:, Latin for “Victoria by the Grace of God, Queen of the British territories, Defender of the Faith.”

The more famous reverse once again features Queen Victoria, this time as Lady Una, a character from Edmund Spenser’s 1590 poem The Faerie Queene. She is pictured directing a striding lion, with a scepter in her outstretched right hand and a globus cruciger (a cross-bearing orb) in her left. The iconic scene is framed by the Latin motto DIRIGE DEUS GRESSUS MEOS, which translates to “May the Lord direct my steps.”

“The impressive price realized by this beautiful ‘Una and the Lion’ proof reflects the value that collectors and dealers place in NGC’s expert services,” said Mark Salzberg, NGC chairman. “We are honored to have been chosen to grade some of the most important coins from England.”

At an auction in Denver, Colorado, in August 2017, an 1826 Great Britain Gold 5 Pounds — graded NGC PF 64 Ultra Cameo — sold for $305,500 USD, the highest price ever paid for an example of that issue. NGC was also recently trusted to certify the most valuable English coin, a 1344 Edward III “Double Leopard”, which had sold at an auction over a decade ago for the equivalent of $850,000.