Today, practically every coin the United States Mint produces commemorates someone or something. There’s a president on the obverse of every denomination, including Presidential $1 coins. The reverse of the quarter has been especially busy over the last 15 years, with the America the Beautiful program and the 50 State Quarters series before that.

And let’s not forget the continuing homage paid on American bullion coins to famous coin designs from the past, as featured on American Silver and Gold Eagles or the Gold Buffalo, for example.

But while that’s true, most dealers and collectors use the word “commemorative” to refer to a specific kind of coin. All coin legislation–including design changes–comes out of Congress, but “commemoratives” are specially authorized by Congress for the sole purpose of commemorating an historic event, person, place or group of people.

Collectors and dealers also make a distinction between “Classic” and “Modern” commemoratives. While such labels can be useful, they can also be misleading, and sometimes unfair. If you read last week’s blog about modern coins, then you might know where I’m going with that.

For now, I’d like to focus on why we collect commemoratives (in any sense) in the first place.

There are a lot of American coins to collect, as a glance at the Red Book can attest to. Specialization is the key, and like every other series has its fans, many people choose to specialize in commemoratives.

I could wax philosophical about why we collect coins, or what makes a person collect anything (and maybe I will in another blog), but taking that for granted, why does one choose to expend their time, energy and budget on commemoratives?

Maybe the “Six Questions” can help. You might remember them from school:

Who makes commemoratives? Who do they make them for? 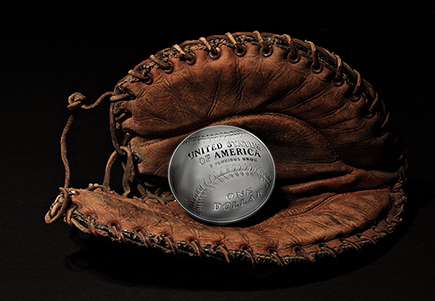 -The United States Mint manufactures commemorative coins for the general public but knows that its marketing is best focused on collectors. Whether they catch on with people outside the hobby depends on the coin. For instance, the National Baseball Hall of Fame and Museum commemorative coin program was wildly popular in 2014 but the 2011 U.S. Army half dollar was not.

-Basically, any coin that’s ever commemorated or celebrated anything is a commemorative, and dealers and collectors narrow that definition down to cover only special products of the Mint specifically authorized by Congress.

The second, more specific part of the definition above implies that commemoratives honor subjects of national scope, important enough to go to the trouble of minting with no thought of producing circulating coinage and taking up valuable legislative time in the first place.

When is something worthy of commemoration on a coin?

-There were commemorative coins in ancient times. Throughout history, and on up to today, all sorts of countries and kingdoms have produced commemorative coinage. Coins with the ruler’s profile (or the ruler’s spouse, or their child’s, etc.) were obviously meant to serve as propaganda, to remind you who or what was in charge. Coins that depicted battles or events in the life of the ruler also served in this capacity. Once the ruler (or spouse, or child) died, then special mortuary coinage was often issued to honor the deceased and announce their divinity to the masses.

We certainly do similar things with our money (not just coins), but perhaps in a context tempered by modern democracy. It’s fascinating to imagine, however, what future archaeologists might think of our coinage. Did our pantheon include such deities as Washington, Lincoln and Jefferson?

Beyond that, being “worthy” of commemoration is subjective. While guidelines are in place to keep subjects relevant on a national level, if you can get your fellow legislators to vote for it and the president to sign it, then as a member of the House of Representatives you can commemorate anything.

Where are they made?

-The kind of commemoratives I’m talking about are and have been made by the U.S. Mint at it’s various branches; namely Denver, San Francisco, Philadelphia and West Point.

Why do we make them?

-Commemorative coins are made to celebrate historically significant people, places, and things. However, there is a vital difference between the Classic series and the Modern series in this regard.

During the Classic series (1892-1954, off and on), coins were authorized by Congress and made by the Mint, but their distribution, design, and retail cost were determined by various commemorative committees or special interest groups. These groups were usually involved in fundraising for other commemorative projects, such as building a monument for the subject of the coin or funding a large event. For example, The Board of Lady Managers was responsible for the 1893 Queen Isabella commemorative quarter. From what I’ve read about them, the Lady Managers seemed to have been a trustworthy and responsible group.

Other organizations and individuals weren’t so scrupulous. The infamous 1936 Cincinnati School of Music commemorative comes to mind, backed by the slippery Tom Melish. A sadder example is the chaos surrounding sales of the Booker T. Washington commemorative.

How are they different from regular coins?

-Well, commemoratives in the narrow sense aren’t meant for circulation and today are sold directly to dealers and collectors. Nevertheless, there are “circulating commemoratives”, and when I said if you collect modern coins then you collect commemoratives, this is what I meant.

The Lincoln cent is a circulating commemorative. So is the Jefferson nickel, the Roosevelt dime, the Washington quarter, the Kennedy half dollar, and every dollar coin since Eisenhower. The reverses of many of those coins are also commemorative. I’ve already mentioned the 50 State Quarters and America the Beautiful programs. But the most important circulating commemoratives–at least in our context here–are the denominations involved in the Bicentennial coinage of 1976.

And, like circulating coinage, all commemorative coins are legal tender. However, since most commemorative programs include gold and silver coins alongside clad, this is often purely symbolic.

Having said that, it’s probably a good idea to keep most commemorative coinage out of circulation. Besides being ludicrous to spend a coin with precious metals in it, they certainly wouldn’t be very “special” if you saw them all the time.

A while back I talked about what made modern coins different and what that meant to different collectors. In a way, it’s the same with commemoratives, except the dividing line is much clearer. The “Classic” series just sort of happened. The first “classic” commemorative was released in 1892, the 400th anniversary of Columbus’ first journey to the New World. The Columbian half dollar featured a profile of Columbus engraved by Charles Barber on the obverse, and Santa Maria engraved by George Morgan on the reverse. The next year featured the Isabella quarter previously mentioned.

The next commemorative coin, the Lafayette dollar–the first official U.S. coin with a president (Washington) on it–came in 1900. After that, the trickle became a steady flow, peaking in the incredibly busy year of 1936.

Six more programs were issued between 1937 and 1954, the last being the Carver/Washington commemorative half dollar.

Congress had had enough. Two problems stood out. The coins seemed to pander to regional and eccentric interests, and the commemorative-coin-as-fundraising-scheme dynamic allowed for far too much corruption.

That didn’t mean people didn’t try. But it took the 1964 Kennedy half dollar and the Bicentennial coinage to ease the fears of a squeamish Congress. Finally, in 1982, the Mint released the Washington 250th Birthday commemorative half dollar and the “Modern” series was born.

The sale of Modern commemoratives goes directly to the government, before funds are issued to the respective fundraising organization, and regulations require that commemorative subjects be of national importance. These stipulations help avoid most of the problems that plagued the Classic series.

That being said, many still complain about the supposedly frivolous nature of modern commemoratives. Or wonder why Congress wastes time and money on such things. In these budget-conscious times, it’s a point worth respecting. But as far as moderns being trivial, I’d say that they tend to be far more relevant to the national experience than classics, and the sheer variety of design approaches is a testament to the skill and artistry of the Mint.

Take a look at the 1990 Eisenhower commemorative silver dollar, for instance. Designed by John Mercanti (of American Silver Eagle fame), it’s an idea so brilliant that it’s amazing no American coin has ever pulled it off before.

Or take the 1999 Dolley Madison silver dollar. The Mint commissioned famed jewelry and design firm Tiffany and Co. to create the artwork, and does it ever show. Few coins of modern vintage make such use of the canvas of a coin and do so with such taste.

Speaking of the “canvas” of a coin, I’d be remiss not to mention the 2014 Baseball Hall of Fame coin one more time. It’s elegant simplicity reminds people not only of the American past-time but also of American virtues.