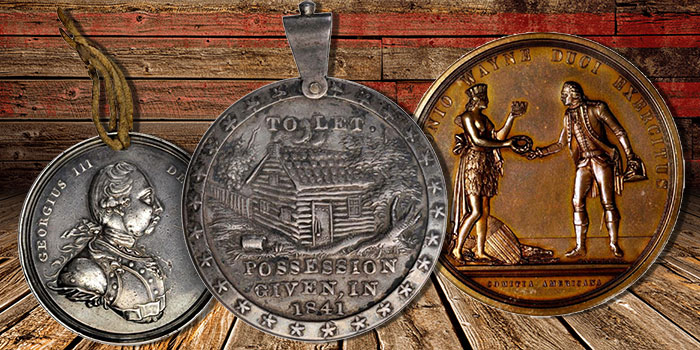 View all lots and bid online in the March 2020 Auction!

Session One of the Stack’s Bowers Galleries March 2020 Auction, showcasing exonumia through colonials, realized $650,622 USD on Wednesday, March 18 in California.

The sell-through rate based on the quantity of lots was 91%, with the sold lots achieving 104% of their total estimates which we set prior to the catalog going to print. Internet bidding was robust and, as expected, the volume was handled flawlessly by the firm’s online bidding technology, which has been recognized as best in class by the Numismatic Literary Guild (NLG).

“We were quite pleased with today’s results and appreciative of the support of collectors and dealers from around the world,” stated Brian Kendrella, company president.

A Mint State 1889 Inaugural Centennial cast bronze medal by Augustus Saint-Gaudens and Philip Martiny, pedigreed to the Richard Jewell Collection, garnered $3,840 in lot 63. An old friend crossed the block in lot 71, when an 1840 William Henry Harrison Campaign medal from the Garrett Collection brought $6,900. Also from the Richard Jewell Collection, lot 79 offered a 1909 Theodore Roosevelt Portrait autographed by Charles Doolittle Walcott and the Charles Doolittle Walcott Prize medal and realized $3,840. A spectacular two-sided decorative plaque with the Signing of the Declaration of Independence on one side and the text of the Declaration on the other went to a new home at $5,040 (lot 161).

Among other important numismatic Americana was a ca. 1811-1815 Planter’s Bank counterstamp on a cut down ¼ section of a Spanish American 8 Reales found in lot 344. This AU-55 example, pedigreed to the collections of Colonel James W. Ellsworth and John Work Garrett, sold for $15,600. The Garrett Collection was also featured in the pedigree of lot 354, an 1863 New York, New York silver token of J.L. Bode Birdstuffer (Fuld-630H-1fo) that realized $7,800.

The Stack’s Bowers Galleries March 2020 Auction will continue with live auction sessions featuring United States coins and currency March 19 and 20, as well as Internet-Only sessions of exonumia, colonial and U.S. coins and paper money March 23-25. For more information visit StacksBowers.com or contact the firm at 800-566-2580 or [email protected].

View all lots and bid online in the March 2020 Auction!