PCGS President Don Willis explained how the new service will work, its fee structure and what to expect and not expect when coins are submitted.

Willis explained that most other collectible items are conserved and restored such as paintings, cars, furniture and the like so it made sense that some coins might need restoration as well. 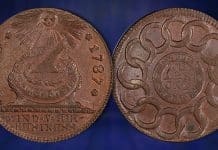