The editors at MBA in Finance Degrees decided to research the topic of:
The Money: The Cold Hard Facts

– U.S. produces 26 million notes a day with a face value of around $907 million.
– Federal Reserve notes account for over 90% of U.S. currency.
– Federal Reserve: the central bank of the U.S. It was created to provide a safer, monetary system in 1913. Their duties include regulating banks and financial institutions, maintaining national financial security, provide services to U.S. government, and influencing money and credit conditions.
– It would take 14.5 million notes to make a mile high stack
– 1782 saw the introduction of the first dollar coin.
– A $100,000 gold certificate was the largest bill ever printed by the U.S.
– The Secret Service was created during the Civil War initially to combat counterfeiting.
– “In God We Trust” did not appear on paper currency until 1963
– The Bureau of Engraving and Printing uses approximately 9.7 tons of ink per day.
– A bill weighs one gram. 454 bills to a pound.
– The $100 bill is the largest produced currently.
– To produce a note of U.S. currency it costs 6.4 cents.
– The average note will require 4,000 double folds before it will tear.
– The average life spans of currency notes are as follows
– $100 – 7.5 years
– $50 – 4.5 years
– $20 – 2 years
– $10 – 18 months
– $5 – 16 months
– $1 – 21 months
– Currency made in any year will at least hold its face value.
– Oldest bills in circulation could be anywhere from 20 to 30 years on cash and 50 to 60 years on coin. However older currency very likely is out there.
– U.S. mint is responsible for producing coin and also military medals.
– Until 1804, no coin had their value on them. The size was the determination of the value.
– The first batch of coins was in March 1793 and included 11,178 copper cents.
– Abraham Lincoln was first on a regular coin in 1909.
– A coin’s lifespan is thirty years.
– Nearly half of the bills produced are $1 and 95% of the bills produced are to replace circulated bills.
– A million dollars of $100 bills weighs around 22 pounds. $1 bills it is about a ton.
– A penny costs 1.23 cents to make and the nickel 5.73 cents.
– As of April 24, 2013, there was approximately $1.18 trillion in circulation and $1.14 trillion was in Federal Reserve notes.

– Counterfeiting currency is a felony that holds a 15 year prison sentence and $15,000 fine.
– Ridges were put on coins to deter people from shaving parts of the coin off when they were made of gold and silver.
– The ink in bills is magnetic which is how a vending machine detects a real bill.

What is currency made of?

– Currency is fabric containing 75% cotton and 25% linen and has red and blue synthetic fibers thrown in. One can easily make these out when looking at a note.
– Green Ink is used because it was readily available when bills were first printed, it is resistant to chemical and physical changes, and the public associates it with strong and stable credit.
– Most coins are a copper filling with a metal coating the outside, usually copper 75% and nickel 25%. Pennies are zinc with a copper coating. Nickels are produced with only the copper/nickel mix.

– $15,956 is the average credit card debt per household.
– U.S. consumers hold 609.8 million credit cards.
– 80% of consumers currently have a debit card versus 78% with a credit card.
– A cardholder owns on average seven credit cards.
– Credit card debt in the U.S. is about $800 billion
– 43% of people have gone a full week without paying cash or coins for anything. They used a card with electronic funds.
– Bitcoins, a form of online currency, are quickly becoming popular that can be exchanged for hard currency.
– Total amount of credit available by issuers was about $5 trillion in 2007
– That amounts to $43,007 per household.

– U.S. government spends $11 billion a day but only takes in $5 billion.
– The debt interest of the government increases $854 million per day.
– More Monopoly money is printed every year than real money.
– There is 293 ways to make change for a dollar. 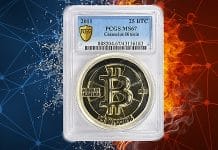