As Bowers and Merena merged with Stack’s at the end of 2010, many wondered if the resources of the new Stack’s Bowers Galleries would have a greater shot at gaining market share away from Heritage Auctions than either firm would individually.

The battle between Heritage and Stack’s Bowers Galleries was in full steam in June as the two firms worked tirelessly to fill their summer auctions in conjunction with the American Numismatic Association World’s Fair of Money in Rosemont, Ill., Aug. 16 to 20. Stack’s Bowers had an initial advantage in that it is holding the official auctions during the convention. Heritage — which has been selected the ANA’s official auctioneer 42 times, did not win the official rights to the summer ANA auction and will hold their sale prior to the main show, in Rosemont, Ill., Aug. 11 to 12.

Heritage will include a Platinum Night and Stack’s Bowers Galleries will have a Rarities Night, and both firms will offer previews on both coasts.

That the two auction houses are so competitive this season benefits collectors, who can negotiate better rates as these two viable auctions in concert with the convention will get broad participation. Several collectors and dealers have reported receiving very favorable consignment rates as both firms work hard to fill their sales with quality material. 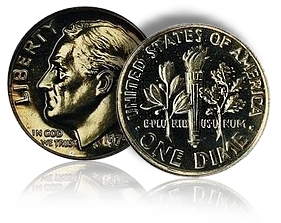 Both firms have something to prove. Heritage benefits from holding a nonofficial ANA auction that can rival if not exceed the official auction, while saving money by not having to share the revenues with the ANA that it would as an official auction. A strong Stack’s Bowers Galleries auction further solidifies the firm’s position as a major competitive auction house, worthy rival to Heritage.

But for those who missed World’s Fair of Money consignment deadlines, more ANA auctions await. A June 3 letter sent to ANA members by ANA President Larry Shepherd promotes Heritage as the official auctioneer for the ANA National Money Show, held in Pittsburgh, Oct. 13 to 15.

Steve Roach is a Dallas, Texas, based rare coin appraiser and fine art advisor who writes the world’s most widely read rare coin market analysis each week in the pages of Coin World.  He is also a lawyer and helps create estate plans for collections. Visit him online at http://www.steveroachonline.com, join him on LinkedIn at http://www.linkedin.com/in/stevenroach or follow him on twitter @roachdotsteve