Those who do the best with their coins financially are not necessarily the most well off, but rather tend to be the most well-informed, especially who also act on their knowledge.

One major purpose of this column is to help make collectors and buyers of modern coins better informed and to make recommendations during the year for modern U.S. and world coins that appear to have the best potential to become new low-mintage key coins, or to increase in value beyond issue price. It is important to keep in mind such coins can be identified by looking at sales trends and comparing them with those of earlier years, but it has become harder than ever to try to predict future values. Lower mintages are becoming largely the norm in many series due to lower Mint sales, which is due to economic factors and all the series competing for collector dollars. This means that secondary market premiums on such coins are likely to usually be smaller than they would have been in the past in many cases. And they will be more volatile as one year’s low mintage is replaced by another year’s coin.

But the notion that sales will inevitably keep trending downward is misguided as it depends on many factors like what happens to precious metal prices, demand for the particular series, and the fact that a low mintage one year, such as the 2012-W burnished gold eagle, can stir up more interest in the next year’s coins, which in fact ended up with higher sales.

With that in mind, here are some coin recommendations I made during the year that have panned out, not necessarily in values in each case, as many just sold-out, but these coins have set new low mintages and should perform well relative to issue price.

On December 20 the Mint announced the sell-out of this coin, which I have suggested throughout the year would probably be a winner, although the previous day there was some confusion as part of the Mint’s web site said it was sold out, while other parts showed it as still available. Some buyers were still able to place orders on the 19th, but they may not all be fulfilled. This coin, with sales so far of 178,572, plus the ones in the annual dollar sets (18,006), is poised to become the new burnished series key as well as one of the overall silver eagle keys. Last year’s coin is the current low with sales of 230,872 including both individual sales and those in the dollar sets.

It is unlikely that enough 2013 dollar sets will be sold to push the mintage of the 2013 coin over that of the 2012, unless the Mint keeps them on sale for a long time, or if the sell-out of the individual option drives more and more people to the dollar sets. The dollar sets recently went into backorder so the Mint could produce another batch, which is now in stock, but we do not know how many they made. I suspect it was not a huge run as the Mint is gearing up for the 2014 coins, which will be sold earlier in the year than usual.

It is of course possible that next year or even more likely some other year will see an even lower mintage. A lot will depend on silver prices and how many other silver eagle products like special sets are competing for collector dollars.

This year the West Point sets diverted some attention and money away from the burnished eagles. More broadly, this particular type of silver eagle while popular has not quite caught on the way other coins the series have like the reverse proofs, which probably explains declining sales numbers.

Secondary prices for the 2012-W coin, which had a mintage substantially lower than any other year in the burnished series except for the special 2011-S burnished coin that was only available in the 20th anniversary set with a mintage of 100,000, have not been that strong apart from MS70 examples. 70’s are going for between $100 and $150 depending on label and grading service and were available for about $70 while the Mint was still selling the coin.

So far raw and MS69 graded examples of the 2012-W have not really taken off, but for some reason the 2012 annual dollar set that includes this coin and the clad dollars issued in 2012 has reached very health premiums recently. On e-Bay the set has sold for as much as $130, even though the component coins are much cheaper. While it is true that not many 2012 sets were sold (28,368), I am not sure why these sets have done so well, and think it could be one of those temporary opportunities to sell and make a nice profit over issue price, which I did with my two sets since I also have some raw coins and a 70 and the other dollar coins from the set are in the 2012 mint set.

Depending on how many 2013 dollar sets are sold, the 2013-W coin seems to have good potential, especially if it comes in substantially lower than last year’s coin. Also, the Mint is not expected to release a special eagle set next year and perhaps not until the 30th anniversary in 2016. But if premiums do increase, it will probably take a little time, as the market tries to determine the value of the coin and waits to see what future mintages come in at. 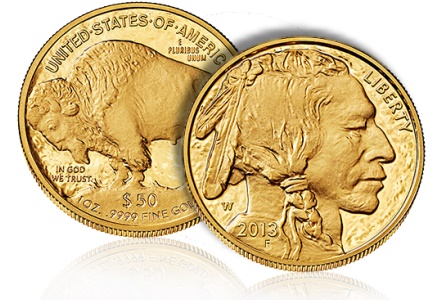 Since the publication of my column discussing the sell-out of this coin, prices have definitely started to move sharply up, with raw and PF-69 coins selling for about $2200-2300, or $600-700 over issue price, and 70’s going for as much as $1,000 over issue price. However, it is too soon to say what the market value of the coin will settle at, and many owners seem to be holding on to their coins for now.

Now that the Mint has issued a revised sales figure of 18,596, which is several hundred below the 2008-W mintage, the 2013 coin is the new king of proof Buffalos. As long as it holds that status, its price should continue to do well.

Each of these has the potential to become a new low mintage key depending on sales of the coins and sets between now and December 31 when the commemoratives go off sale, and in the case of the Mint set whenever sales end, which could be soon as the set has been in backorder recently, and may end up coming in under the sales level of last year’s set at 392,224. So far the 2013 set has only sold 336,661, which bodes very well.

The gold $5 uncirculated coin in the Five Star Generals program, which honors Gen. Douglas MacArthur, one of the most famous and controversial generals in American history, is a coin I have been recommending for months. On December 23 the coin unexpectedly sold out as most people expected it to be on sale through the last day of the year. The latest sales figure for the coin is 5,612, which is only 438 more than the 1997 Jackie Robinson $5 coin that is the lowest mintage coin in the $5 gold commemorative series. The sales figure for the 2013 coin may be adjusted a little, but as the new 2nd lowest mintage coin, it is now in great demand. Secondary prices immediately jumped to a minimum mark-up of 50% over the $400 issue price to as much as $1500 for a PCGS MS70 first strike coin.

Finally, for the half dollar, there is about a 5,000 coin gap between the 2011 Army coin and this year’s in uncirculated condition, so the determinant of which is lowest will be whether more or less than 5,000 coins are sold by December 31.  There was a spike of almost 1,200 coins in the past week, but it is quite possible a new low will be set with the 2013 half dollar.  How much of a premium that will produce remains to be seen.

On December 19 (http://www.usmint.gov/mint_programs/commemoratives/?action=2014CivilRights) the Mint revealed the design of the 2014 Civil Rights Act of 1964 commemorative silver dollar that honors the 50th anniversary of enactment of that landmark legislation. The obverse depicts three protesters holding a sign that reads “We Shall Overcome,” and the reverse shows three intertwined flames, which were inspired by a passage from Martin Luther King, Jr.

Many collectors have already panned the design and said they would have preferred the Liberty Bell design that was considered. While the obverse design certainly captures the theme of the coin, the design just does not grab a lot of people based on early reactions.