Presidential $1 Coins bearing the image of one of our Nation’s most admired leaders will enter into circulation on November 18.

In honor of the release of the new Abraham Lincoln Presidential $1 Coin, the United States Mint invites the public to a launch ceremony on November 19, to be held at President Lincoln’s Cottage on the grounds of the Armed Forces Retirement Home in Washington, D.C. The ceremony will begin at 10 a.m. Eastern Time.

The Abraham Lincoln Presidential $1 Coin is the 16th release in the United States Mint Presidential $1 Coin Program. The coin’s obverse (heads side) design, by United States Mint Sculptor-Engraver Don Everhart, features an image of Lincoln with the inscriptions ABRAHAM LINCOLN, IN GOD WE TRUST, 16TH PRESIDENT and 1861-1865. The coin’s reverse (tails side) design, also by Everhart, features a dramatic rendition of the Statue of Liberty, with the inscriptions UNITED STATES OF AMERICA and $1. The year of minting or issuance, 2010, E PLURIBUS UNUM and the mint mark are incused on the coin’s edge. To view and download high-resolution images of the circulating Abraham Lincoln Presidential $1 Coin, go to http://www.usmint.gov/pressroom/index.cfm?action=photo#Pres.

President Lincoln’s Cottage is the most significant site associated with Abraham Lincoln’s presidency after the White House. President Lincoln lived there for one quarter of his presidency and was living there when he drafted the Emancipation Proclamation and deliberated critical issues of the Civil War. Lincoln commuted three miles daily by horseback or coach to the White House, last visiting the Cottage the day before his assassination. The National Trust for Historic Preservation opened the Cottage to the public in 2008 after a seven-year restoration. Today, the Cottage offers intimate, guided tours providing an in-depth, media-enhanced experience, highlighting Lincoln’s ideas and actions through historical images and voices. For more information about the Cottage, go to http://www.lincolncottage.org.

Presidential $1 Coins that are produced for daily cash transactions last for decades, are 100 percent recyclable and can save the country hundreds of millions of dollars each year. 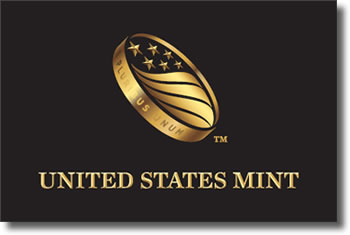 Presidential $1 Coins are also educational and fun to collect, with four new designs issued each year. The Abraham Lincoln Presidential $1 Coin is featured in collectible products available for purchase via the United States Mint’s Web site at http://www.usmint.gov/catalog, or by calling 1-800-USA-MINT (872-6468).