By Ron Drzewucki – Modern Coin Wholesale …..
— The change in your pocket going “ching-a-ling-a-ling”

— The roll of “unsearched” Ike dollars you bought on eBay

— A mint set still in its blister pack

These are all what we call “raw” coins.

If you’re new to the hobby, you may wonder why we refer to certain coins as “raw”, as if they were fresh meat (I guess they are, if you’re a particularly ravenous collector).

I can’t speak for how the word was used before I started collecting or if it was used at all (If you know, please share in the comments). But a little over a generation ago, in the late 1970s through the mid to late ‘80s, the hobby changed radically with the rise of encapsulation and Third Party Grading.

ANACS, PCGS, NGC, PCI, SEGS… you know the names. I used to work for NGC myself as a finalizer. The “finalizer” is the man or woman who makes the final call on what grade a coin gets, usually after two or sometimes three other graders have given their opinions. Whatever the finalizer says is the grade that goes on the label.

And maybe that gives you a hint as to why third party grading services came to dominate the industry. Think back to that 1909-S VDB with the grade written on it. Who wrote that? Who gave it that grade (MS-69 in our case)? The dealer you’re buying it from? Maybe. But really you have no way of knowing for sure unless you witnessed the very moment that the coin was “graded”, and even if you did where was the person who might one day buy your VDB cent?

So does it matter? Do you like getting paid what a coin’s worth? Do you like not getting ripped off in the first place?

Those are a lot of questions for what can sometimes be an expensive proposition. If you’re an investor, then you know the difference between risk and uncertainty. You can buy a rare coin and take the risk that the market will tank. The greater the risk, the bigger the potential payoff. Uncertainty, however, is when you don’t even know what risks you’re taking. You might get lucky, but that’s no way to “invest”, right? Not that you have to be an investor to appreciate what third party grading did, but it’s probably no coincidence that TPGs (third party graders) came around right when Wall Street got really interested in coins. At any rate, TPGs performed a real service for the hobby by taking uncertainty out of the picture – or at least making it a much smaller part of said picture.

Of course, there are those who object to putting coins in plastic or even the way the TPGs grade. Take ancient coins, for example. Lots of collectors of ancient coins believe that literally holding history in your hand is what it’s all about, so putting that history in a holder defeats the purpose.

Some foreign markets are still unfamiliar with the idea of encapsulation, so “market penetration” is far less extensive abroad than in the United States and therefore “slabbing coins” is less accepted (though TPGs–especially PCGS–are making major moves in China, for example).

And yes, more casual collectors (including kids and other budding numismatists) may not have the money to submit coins for grading or even care.

So if you don’t happen to belong to one of these groups, are there any good reasons to buy a “raw” coin over an “encapsulated” one?

One thing to keep in mind is that ALL coins start out “raw”. It’s an absurdity to think of coins leaving the various branch mints in hard plastic holders. If you could in fact spend them that way, then it’s really a different form of money. Ever hear of encased postage stamps? During the American Civil War, there was a shortage of coins in the Union. One enterprising major in the Kentucky infantry named John Gault (really!) came up with the idea of encasing postage stamps (which had been monetized by the federal government) in brass. The resulting encased postage looked like a coin and could be used like one.

That’s kind of what using encapsulated coins as money reminds me of.

Anyway, when you receive change or buy coins from the Mint, they come to you raw. Even when they come dressed up in beautiful, sturdy, crushed velvet-lined cases that open and shut with a crisp little “snap”, that original government packaging still counts as “raw”. For one thing, the coin’s not graded (it came to you regardless of condition). For another, you can touch it with your bare hands. These seem to be the key to “rawness”.

As a matter of fact, while the Treasury Department and the U.S. Mint took forever to warm up to the secondary (collector) market for their products, other mints around the world are even less welcoming of encapsulation. A foreign producer like the Austrian Mint, for example, ships their coins in exquisite, sophisticated packaging, replete with cases and slipcovers. They put a lot of care and effort into the design of a total package, and don’t understand why anyone would want to remove a coin from that setting and lock it up in generic plastic. 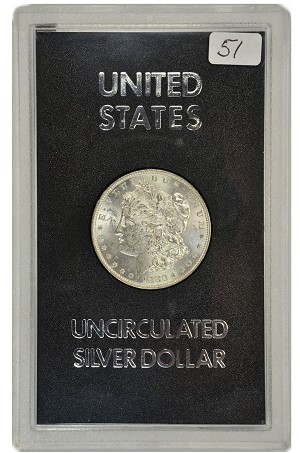 Also, collectors of ancients aren’t the only ones who can appreciate history or how it feels when your skin touches metal. Collectors of classic and modern United States coinage also get a charge off of a coin in hand. Remember how that feels? It’s probably part of the reason you started collecting, I bet.

Finally, and there’s no avoiding it, there’s the issue of investor uncertainty that started the whole rigamarole in the first place. Are raw coins a “raw” deal? No, they’re not. Don’t be afraid of an “unholdered” coin. Buy that 1909-S VDB in a flip if you like the coin–just ignore the grade. If you don’t like the price of a coin–raw or encapsulated–don’t buy it. The whole coin market depends on such corrections. Dealers who insist on overcharging you are supposed to go out of business.

So be brave, and be confident. “Raw” coins are where it all started.