The year was 1822. On its surface, that year might not seem too significant. However, those with advanced numismatic knowledge are keenly aware of how important this date is for one particular coin and denomination. It’s the perfect example of finding value in the world of sleeping giants.

Nearly anyone with any exposure to rare coins is aware of the majestic 1913 Liberty Head nickel or the much coveted and litigated 1933 $20 St. Gaudens gold double eagle. Those and other icons of numismatics have reached epic values, into the millions. Five of the 1913 Liberty nickels are known to exist, and several 1933 Saints have come to light. These two rarities, along with others like the 1804 Bust dollar and the 1894-S Barber dime, command news reel highlights and massive attention whenever they trade hands. When an example surfaces, there is no shortage of collectors and investors with deep pockets to scoop them up – usually for more than the last time one sold.

Back to 1822. A largely unfamiliar story emerges here. It’s the story of an emergent specimen, a true sleeping giant, a tremendously important and valuable asset. Though it has not garnered the same attention as some of the aforementioned coins, it may in fact be even more valuable than any of the usual newsmakers.

The 1822 half eagle $5 gold piece is beyond prohibitively rare. In fact, beyond the two examples that reside forever in the collections of museums like the Smithsonian, only one example exists for private ownership. ONE. Historically, its existence is due to the changing relationship of gold to silver values during its time, and the resulting melt of nearly every single example. Three known examples escaped the massive gold melts of the times, and they faded away into a sleepy state of affairs. But that changed once their rarity became clear. The most knowledgeable of collectors have always longed to even see an example, let alone own one. Those in the know could testify to this iconic coin’s status in the world of numismatics – speaking of it in the same breath with the famed Brasher Doubloon that Blanchard and Company has had the privilege and honor to purchase and sell for a then-record price in 2011.

Some of the most well-known names in the world of numismatics have chased this beauty over the decades. They include names like Lorin G. Parmelee, Harlan Smith, Will Dunham and Louis Eliasberg. All have idolized this important specimen.

And financial giant J.P. Morgan, Jr. absolutely lusted after this rare and impossible piece of history. His journey was frustrated on a number of occasions over the decades, despite raising the stakes time and time again. History suggests he was befuddled and frustrated by his failure to obtain one. Early on as the 20th century was just beginning, Morgan failed to secure the 1822 half eagle despite his willingness to invest thousands, a huge sum at the time. By 1941 he offered its present owner an unheard-of sum of $35,000 and failed yet again. It would be several decades before the specimen would ever surface again, and when it did it brought a colossal $700,000 in the early 1980s. It jumped over $600,000 in only a few decades.

It was just warming up, it seems.

That’s rather astonishing considering its scarcity, its infrequency on the market, its rarity compared to coins that have been multi-million dollar coins for some time, and when considering its current value of about $10 million.

If ever there were an example of a “sleeper” or “emerging” coin, this is it. Relatively quiet for its entire lifespan, making its way into the top 100 – but not top 20 – this is the kind of emergent asset any wise investor or collector would seek.

The story of the 1822 half eagle is a principle in numismatics that illustrates how wise investing delivers value and legacy wealth to collectors who focus on obtaining the best pieces they can. Other coins like the various varieties of the 1793 chain cent, the Gobrecht dollars, and others that have “quiet” public exposure, are usually very smart buys. Coins with tiny populations, big histories, intriguing stories, and large value increases demonstrated over the decades, are the wisest of choices for collectors and investors with some resources and a desire for quality. Benchmark coins that have important historical ties to numismatic firsts, financial history, and other important moments are smart places to find such emergent value.

By definition, emergent coins are assets that have underexposed stories, and strong value ratios in comparison to other famous and valuable coins and therefore have not reached the peaks they appear destined to achieve.

Some coins, by denomination or variety, have their sleeping giants emerging only in their highest grades. Others seem to find their values across the grading spectrum. Variables must be investigated, but the emergent values are there to be found. In some cases, the epic rarity and story of a coin just have not been widely told yet. When that moment comes, 1822-half-eagle-type growth can begin to take place.

There are numerous coins in the market that fit this bill, and it’s worth the time to study the possibilities. Time and again over the years, I’ve researched positions that fit the bill here, urged a collector to get ahead of the curve, and have seen this strategy pay huge dividends. Often, the top few collectibles that make headlines, again and again, can provide a shade for others that are quietly waiting their turn in the sun. These are the very smart options for long-term wealth builders.

At every level of investment there are sleepers and emergent coins to be had, so look deep into the populations, histories, and extended growth analysis to find them.

Further, if important collectors and collections have held a particular coin, it’s very likely the coin has strong attributes worthy of pursuit. Like J.P. Morgan, don’t be afraid to chase quality at any cost. It will pay in the end. Frustration will not come from performance issues but rather from a lack of ownership and missed opportunity.

Steer clear of the approach that focuses on securing a coin for a “cheap” price. Rarely are true rarities bought for less than the current market value. Serious wealth builders, more often than not, are paying a little more for top-quality rarities that will stand the test of time. This is especially true for emergent specie, as they tend to remain off the radar for a long time before surfacing, and then storm the gates of value when offered onto the open market. The “last price paid” idea is worthless for truly important sleeping giants.

If you are looking for legacy wealth and want top-tier value builders, keep a keen eye on sleeping giants that are one step away from a headline-grabbing bonanza. One added value you get from investing in such is protection from market popularity cycles. As I can personally attest, having sold many of these coins mentioned here and most of the top 100 known, even in tough global financial cycles rarities like these do quite well. The ultra-resourced, smart and readied always pursue this kind of asset whenever they surface.

And by the way, nearly every mega rarity emerged. They grew into the giants they are now. Coins like the 1913 Liberty nickel, over the decades, jumped from four figures to five figures to six figures to seven figures over time. Eight-figure coins are now here and are still emerging. We will see more and more each year crossing each threshold. Smart collectors and investors keep the future in mind when they acquire their assets. Look forward so that you make good decisions in the present. Opportunity cost in this case is actually a small window for windfall growth opportunities in the future. 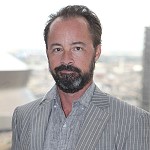 He specializes in coins of significant historical importance and high value, placing, amongst others, the 1913 Liberty Head V Nickel, for over $3 million.