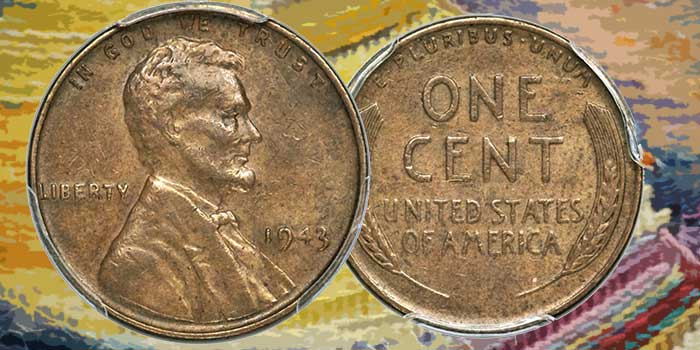 As collectors of U.S. coins are well aware, in 1943 during World War II, the United States Mint struck zinc-coated steel pennies to help conserve copper and tin needed for armaments for American troops fighting in Europe and Japan.

While these coins are perennial favorites with collectors–especially nice examples that have not tarnished as millions of others did–it is the rare coin struck that year in the original metal composition that has really captured the imaginations of collectors for decades.

These off-metal errors are by far the rarest of all Lincoln pennies. Widely publicized since the 1940s, these rare copper pennies immediately became the subject of attention from both collectors and the broader public, which led to decades of searching rolls of pennies looking for these rare coins that could be worth a fortune if real.

In the 1940s there were rumors that Henry Ford would reward the finder of a 1943 copper wheat cent with a brand new Ford car even though the company repeatedly denied there was any truth to this.

How Many Were Made?

It was only in the late 1950s that credible reports began to emerge of genuine 1943 copper pennies following many years of reports of fake copper-plated pieces, some from counterfeit dies, that had circulated.

In 1957, a 14-year-old collector from California found the first one that was seen to have some credibility as the genuine article. The Mint’s superintendent, Rae V. Biester, stated it was the only one made and that it should be surrendered to the Mint, which the collector failed to do. 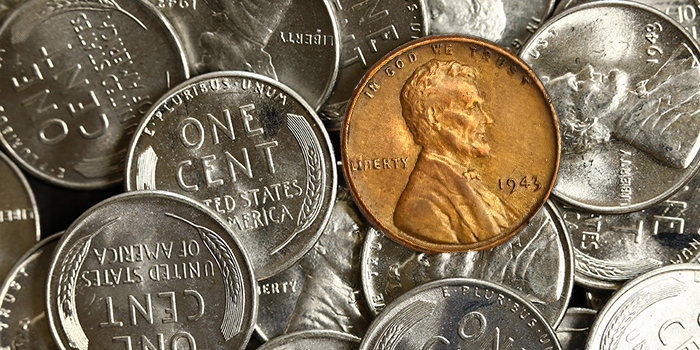 In 1981, an extremely fine example that was reportedly owned by a female friend of late Chief Engraver John R. Sinnock surfaced and sold for $10,000 USD at auction.

In his 1988 Numismatic Encyclopedia, the controversial Walter Breen, using information from the grading firm ANACS, said he thought there were 40 examples of the 1943 copper cents, but Q. David Bowers has noted he does not believe this is supported by the evidence.

How Much is it Worth?

But for a coin this rare, actual sales from auctions or private sales (when available) are the best measure of value, especially as these coins rarely come up for sale.

The most recent sale of a 1943 copper penny was of the finest-known example of a 1943-S copper cent graded PCGS MS63 Brown CAC at a Heritage Auctions sale on November 19, when that coin brought $500,000. That coin is part of the Bob R. Simpson Collection.

The first 1943-S copper cent was found by the 14-year-old boy mentioned above in 1944 and graded an estimated EF-45. In 1988, the late Walter Breen estimated that about six examples were known to exist – which, as we’ve seen, is still the case. The possible existence of this coin was first suggested in a 1958 Numismatic Scrapbook magazine by a Utah collector, who said the United States Secret Service told him it was genuine.