In 1916 the dime, the quarter, and the half dollar were each eligible for a new design, and the Treasury Department held a competition to select the winning motifs. Designs submitted for the dime and the half dollar by German-born sculptor Adolph A. Weinman were selected. They became his most well-known legacy: the Winged Liberty or Mercury dime and the Walking Liberty half dollar, although he also created many works of art, especially large monumental sculptures found around the United States.

Weiman’s dime remains the most popular type of its denomination and one of the most widely collected 20th-century series.

Its obverse design features a left-facing profile of Lady Liberty wearing a winged cap, which symbolized liberty of thought. The design is believed to be a composite portrait based partly on a bust the artist had made of Elsie Kachel Stevens (wife of the poet Wallace Stevens) and one of Weinman’s most famous monuments – the Union Soldiers and Sailors Memorial in Baltimore that includes a sculpture of allegorical Victory with a head and cap that strongly resemble those on the coin.

This design was immediately popular with numismatists but was soon mistaken by many as being an image of the Roman god Mercury, a deity of trade and commerce. Which it could not be, since all U.S. coins at the time were required to feature a depiction of Miss Liberty on their obverse.

The confusion arose in large part because the winged cap looks similar to the petasos worn in ancient Greece, including by the god Hermes, Mercury’s Greek counterpart. But the Mercury name stuck, though most numismatists prefer to call it the Winged Liberty or Liberty Head dime.

The reverse design depicts a fasces, which is an ax tied to a bundle of rods, surrounded by an olive branch. The fasces had its origins in Etruscan and Greek civilization and was later carried by Roman bodyguards as a symbol of power and authority. It was co-opted by the Italian dictator Benito Mussolini as a symbol of fascism.

But Weinman’s fasces was intended as a symbol of unity, as he explained in a 1916 letter to the editor of The Numismatist. He added that the battleax stood for preparedness to defend the Union, while the branch of olive symbolized our country’s love of peace. 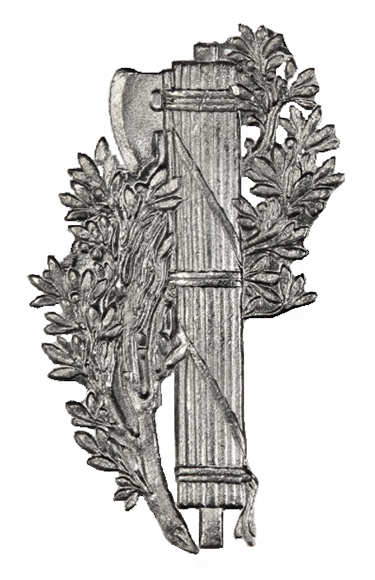 Mercury dimes are generally divided between early dates (1916-1931) and later dates (1934-1945). No dimes were issued during the depths of the Great Depression (1932-33) since there was less need for coinage then. The later dates are mostly common even in Uncirculated condition and can be found in rolls even today.

The early coins were not saved the way the later dates were. Although the design was a hit with collectors, attention to them faded quickly after about a year. This had a lot to do with the fact that there were no folders or albums to display the coins until the 1930s when there was a big jump in interest in the series and demand for the coins.

Mintages rose sharply during World War II, and the 1941-45 coins of that period are a very popular subset with collectors.

How Much is a Mercury Dime Worth?

These coins contain .07234 ounces of silver, which gives them an intrinsic value of almost $2 at today’s silver prices [$27.35 per ounce on Aug. 21, 2020. —CW]. In circulated condition, any Mercury dime sells for about a dollar over its silver value, or about $3. Rolls are readily available in circulated or better condition.

When it comes to BU examples, it is not just the grade but also how well-defined the bands on the fasces are that is key to their value. Flatness on the middle of the bands and the sticks of the fasces are common. Coins with sharpness in those details are known as Full Band (FB) coins, which are scarcer and more valuable. For this reason, it is important to study these details on Mercury dimes. 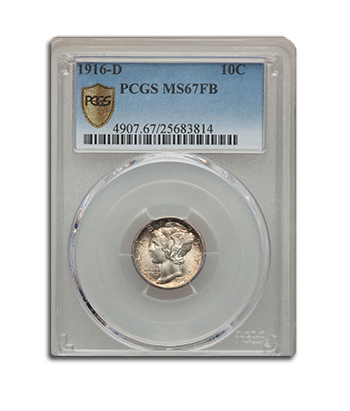 As for the 1926-S, 1.5 million were made. Any Mercury dimes with mintages below two million are semi-key coins. This date is more valuable in Mint State than in circulated condition, with XF40 running $250 but MS63 reaching $2,000. With FB the two coins PCGS has given the top grade of MS67 to command $55,000 each. Only about 1,000 in all grades have been graded by PCGS.

In addition to the key dates and certain condition rarities, the most valuable Mercury dimes are primarily the variety coins. A full set including major varieties runs a little under $10,000 in XF40, but the same set with FB in the top grade of MS67 is an impressive $750,000!

The most well-known varieties are the 1942/41 overdates struck at either the Philadelphia or Denver Mints. These coins were the result of inexperienced personnel and imperfect dies used to create 1941 and 1942 hubs, according to Mint Director Nellie Tayloe Ross in a 1946 letter. They were made during WWII when production had been ramped up from tens of millions of dimes to 175 and 205 million in 1941 and 1942, respectively, which created a high-pressure environment at the Mint. The Philadelphia version is easier to spot and rarer.