While each series of United States cent (or penny) has its own key coins based on mintages and the number of surviving coins, the most valuable pennies ever sold is a different group of coins that takes into account other factors like market conditions, demand, and the coin’s role in history.

Truly valuable coins are almost always sold either at public auctions or in private sales that protect the identity of the buyer for security reasons.

Based on the millions of auction records for the sale of U.S. coins, these are currently the dozen most valuable pennies of each main type listed in the order in which they were produced. They range in value from about a quarter of a million dollars to over $2 million. There are a couple of other cents that fall into the $200,000+ price range besides those on this list.

The highest price ever realized for a penny was in a January 2015 auction at the FUN Show. A 1793. Flowing Hair Chain Reverse cent sold for $2,350,000. The first coin ever struck at the Philadelphia Mint in March 1793 (not counting some patterns and the 1792 half disme) was the 1793 Chain cent. That sale was the first time the coin was available for sale since 1890! This example on which America is abbreviated AMERI. on the reverse is an early die state piece that was probably struck on one of the first days of coinage operation in 1793, and it was certainly among coins in the first delivery dated March 1, 1793. It sold in 2019 for $1.5 million.

This is the finest known example of this key coin and the only one that has received a Mint State grade. This coin was originally purchased in England and brought back to the U.S. It sold in September 2009 for $977,500. Part of the famous Dan Holmes and D. Brent Pogue Collection, the cold sold again in 2017 for $540,500.

The only coin of this date and this type that has received the Red designation is this coin, which was originally found in a desk in New Haven, Connecticut and sold for $493,500. 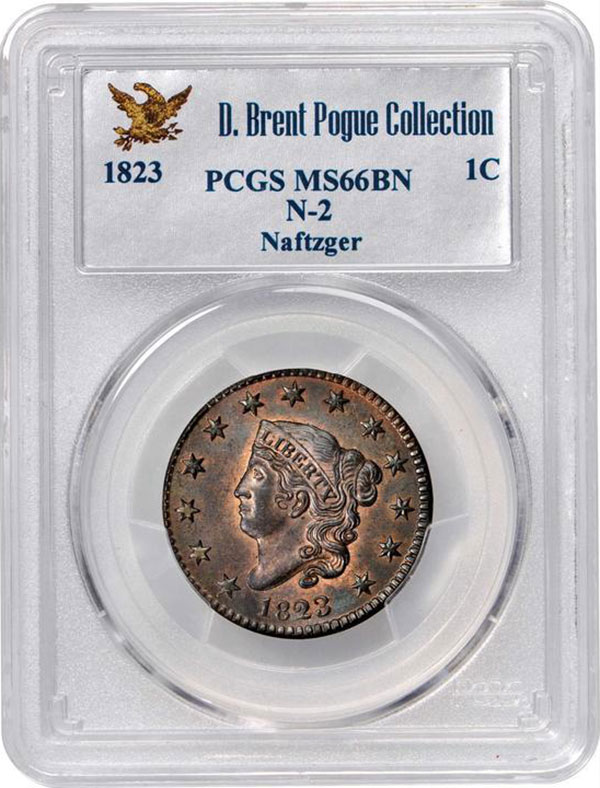 This coin is tied for the finest known example of this date, was part of the famous D. Brent Pogue Collection, and was at one point owned by coin dealer Abe Kosoff. It sold for $376,000 in 2017.

This coin is one of the original 634 Proofs made to be given to President Franklin Pierce, his Secretary of the Treasury, and Members of Congress for their approval – as opposed to being one of the later restrikes of this piece. It is the finest example ever graded by PCGS and sold for $240,000 in September 2020 – the highest price for which a Flying Eagle cent has sold.

This is one of only 34 known surviving examples of this coin that had an original mintage of 1,194 coins, and one of only two that have been graded Proof 67. In 2014, this Matte Proof example with amazing colors sold for $258,500.

This is the only known example of a coin that was accidentally minted in Denver and struck in copper when the Mint was striking only steel cents. It sold for $1,750,000 in 2010.

This is one of only seven ultra-rare 1943 copper pennies graded by PCGS, and only four have graded higher than this example that sold for $329,000 in May 2014 in a Legend-Morphy sale. This one was part of the Simpson collection and is believed to be undervalued in the present market given how well-known a rarity it is. Only six 1943-S copper cents are confirmed to exist and have been graded by either PCGS or NGC. Until the 1960s, the United States Mint denied any of these coins existed because by that time some genuine examples began to surface. This coin was part of the Simpson collection and is the finest known example. It sold most recently for $504,000 but was acquired in 2012 by Bob Simpson in a private sale for $1 million. This coin is one of only two known examples of a 1944-S wheat cent struck in zinc-coated steel at a time when the Mint had stopped production of those coins and resumed making them in copper. It is believed that the coin was the result of a planchet that was intended for a 1943-S cent that accidentally ended up on 1944-S dies, according to numismatic expert David Lange. It is the finest of the two known coins and the only one that is Uncirculated and sold for $373,750 in 2008. 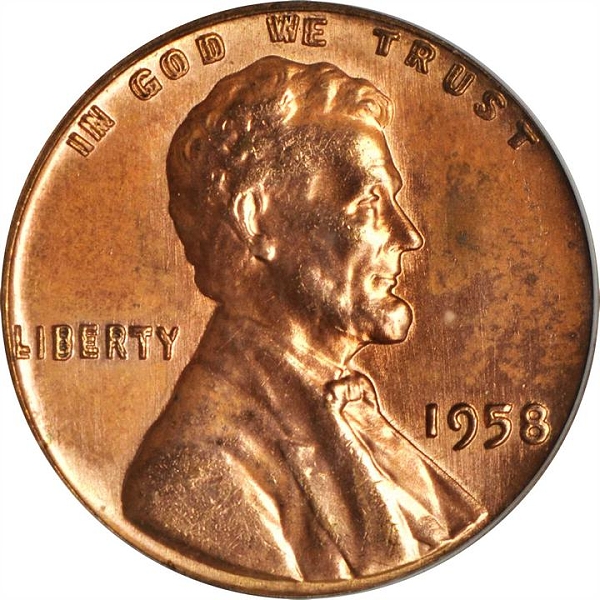 This coin is one of only three known examples of this double die cent, the origins of which remain a mystery. It may have been smuggled out of the Mint by an employee and was unknown until the 1980s. It sold for $336,000 in a March 2018 auction.