Lost for three quarters of a century, John Snell’s Chinese coin collection is has now re-surfaced

John Abner Snell was born in Knife Falls, Minnesota on October 28, 1880, the fifth of eight children. When he was around five, his family made the long trek from northern Minnesota to central Florida, then a swampy, insect-infested frontier.

They settled in Kissimmee, Florida where John grew up and graduated from high school. At home, John received a solid Methodist education, receiving training both at home and at Sunday school. At eleven, he decided to “accept Jesus Christ as my personal savior and join the church.”

He later wrote that at fourteen, there came into his “life a desire to devote myself to God’s service. It was what I considered a call.” 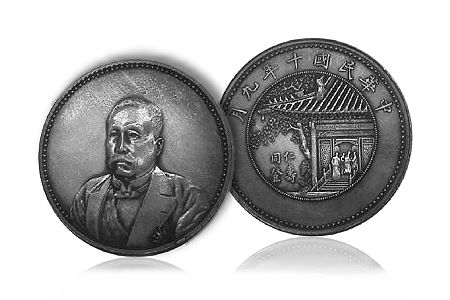 Snell served as a missionary doctor in China from 1909 until his unexpected death in March, 1936. During most of his years in China, Dr. Snell served as chief administrator and surgeon at the Methodist Hospital in Soochow (Suzhou) China.

In addition to his medical responsibilities, Dr. Snell began collecting and trading Chinese coins. His extensive collection has remained in the Snell family locked away in its original steamer trunk for 75 years, forgotten by the numismatic community until now.

Cited by the great A. M. Tracey Woodward in a 1931 article in The China Journal for his knowledge of Chinese mints, Dr. Snell assembled a collection consisting of approximately 950 coins of which 765 are copper and brass of various denominations and 185 are silver.

With highlights such as a Yuan Shih Kai Dragon Medallic Dollar from 1916 and a Hsu Shih Chang Pavilion Medal in Silver from 1921, the sale of the Snell collection which concludes on December 2 is not one for Chinese coin collectors to miss.