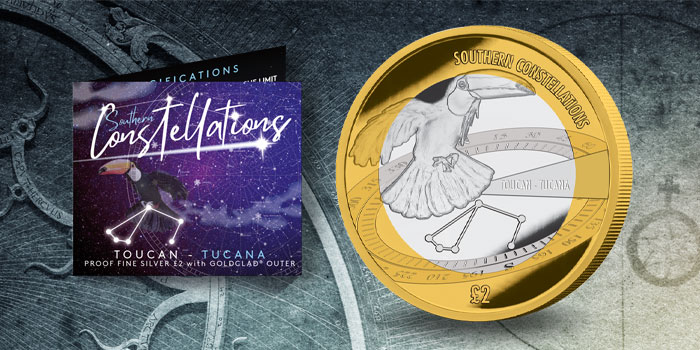 Pobjoy Mint is delighted to announce the release of the fifth and final £2 coin in a new series to commemorate 200 years since the death of British Astronomer Sir William Herschel.

The design on the fifth coin features the Tucana Constellation, which is represented by a Toucan. The constellation itself is shown beneath the bird and a compass as it would read in Antarctica.

Tucana constellation lies in the southern hemisphere and it was named after the toucan, a South American bird with a huge bill. Tucana contains three stars with known planets and no Messier objects. Tucana is home to the Tucana Dwarf Galaxy, the Small Magellanic Cloud, the globular cluster 47 Tucanae, and several other notable deep sky objects.