I’m writing this on Sunday, as the 2014 Spring Whitman Expo Baltimore Coin Show in Baltimore comes to a close. The show was well attended and busy throughout. Possibly even busier than last month’s ANA National Money Show in Atlanta.

Thursday and Friday were marked by long lines at the U.S. Mint booth due to the limited number of 2014 National Baseball Hall of Fame commemorative coins that the Mint brought to the show. Saturday and Sunday had a more subdued atmosphere, as collectors and dealers went about the business of buying and selling coins and swapping stories. 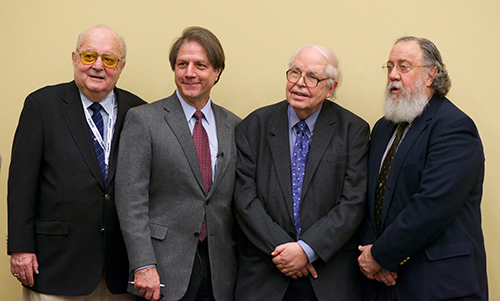 Stack’s Bowers held a special meet-and-greet featuring three legendary numismatists: Harvey G. Stack, Lawrence R. Stack, and Q. David Bowers. With more than 160 years of numismatic experience combined, the triumvirate of industry giants took photographs with fans and answered a host of questions about their careers, famous collectors and collections, and the future of the hobby. CoinWeek will post clips and a recap of the symposium later this week.

A number of CoinWeek fans and numismatic figures stopped by our booth during the show’s second and third days. Here are a few highlights:

-Wayne Homren, Editor of the E-Sylum, stopped by the CoinWeek booth. His insightful weekly newsletter is essential reading in my book. Wayne clued me in on some of Northern Virginia and Maryland’s better coin clubs and invited me to get involved if I had time. I’d love to take him up on the offer if time permits. 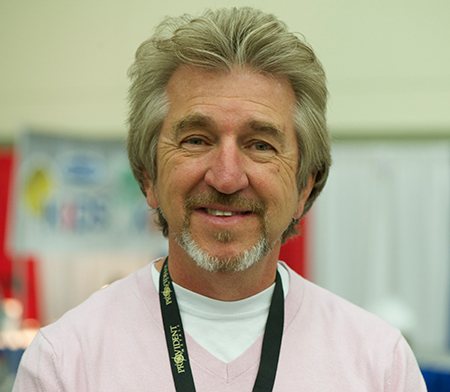 -Jeff Garrett, noted author, Red Book Valuations Editor and founder of Mid-American Rare Coin Galleries, stopped by. Garrett has played a role in many pivotal events in the growth of the industry over the years, but it’s his work concerning the development of the Smithsonian Institution’s new National Numismatic Collection exhibit that he considers the most important accomplishment of his career. Jeff will lend us a few minutes of his time in the coming weeks for an article Hubert and I are writing about the 68th edition of the Red Book.

-North Carolina-based commemorative collector and series specialist David Provost gave us a visit. David spent the better part of two hours waiting in line to buy the Baseball Hall of Fame coins at the U.S. Mint booth. By the time he reached the checkout counter, only the silver dollar was available.

Recently, CoinWeek reached out to David and asked him to write a continuing series of in-depth articles about the classic and modern commemorative series. David’s knowledge of the coins, legislation, promotion and related ephemera is second to none and based on many years of original research and collecting. We’re thrilled to have him! Expect to see the first pieces in April, as David writes about one classic and one modern commemorative per month.

-Ancient coin specialist and frequent lecturer Mike Markowitz talked with us a bit. Mike gave an erudite and captivating teaser on women in ancient coinage, which was the subject of a nearly hour-and-a-half presentation Mike was preparing to deliver later at the show. CoinWeek’s own David Lisot filmed the proceedings. We hope to add Mike’s valuable insights into the ancient world to CoinWeek soon. -Also stopping by was Andrew Waholek from Detect America. Detect America is an educational organization devoted to metal detecting. Metal detecting is certainly an allied field to numismatics, and I was happy to participate in the group’s online radio show a few weeks back. Andrew stopped by with his son and presented David and me with a pair of Detect America t-shirts.

Finally, I was happy to see several members of my local Richmond Coin Club, from which two dozen members were in attendance.

The Whitman Expo Baltimore Coin Show was a great success.

It was a busy week in Baltimore, one of America’s great coin towns. Next up? The Central States Numismatic Society’s 75thAnniversary Convention, which takes place from April 23 to 26 in Schaumburg, Illinois. David and I will be there. We hope you get a chance to stop by and say “Hi!”