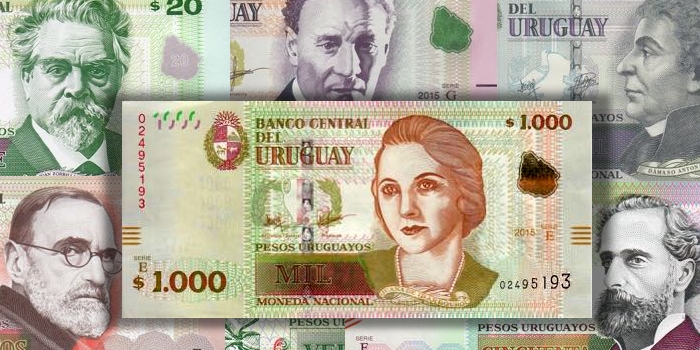 By Central Bank of Uruguay ……

As of January 24, the Central Bank of Uruguay has released new $100 (Series G) and $1,000 (Series E) bills into circulation that incorporate new anti-counterfeiting security features.

In order to guarantee its identification and protection, the following security features have been introduced:

On the back of the note you can see:

At the time of publication, one Uruguayan Peso (UYU) trades for approx. $0.035 USD.