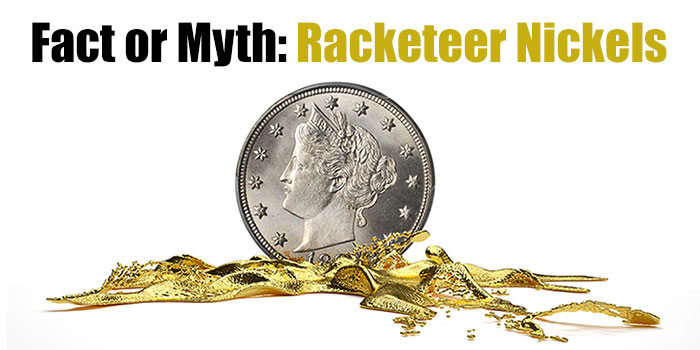 The Liberty head or “V” nickel was released in 1883. The denomination was marked by a large “V” on the reverse; the word “cents” was nowhere to be found. The three cent piece of the time was labeled in the same way, with a large Roman numeral three and no mention of “cents”. The story goes that after the nickel’s release on February 1, Josh Tatum, a deaf-mute in Boston, found a way to capitalize on the new and unfamiliar design. He asked a pawnbroker and second-hand jeweler to plate 1,000 of the new nickels in gold. The design was similar enough to that of the $5 gold piece circulating at the time that he believed he could pass them off as such.

He succeeded. He would go to small stores and purchase a single five-cent cigar, then hand over one of his gold-plated nickels. Store owners would assume it was worth $5 and give him $4.95 back in change. He eventually had more plated and began making his way from Boston to New York. According to the legend, he made approximately $15,000 this way before being arrested. 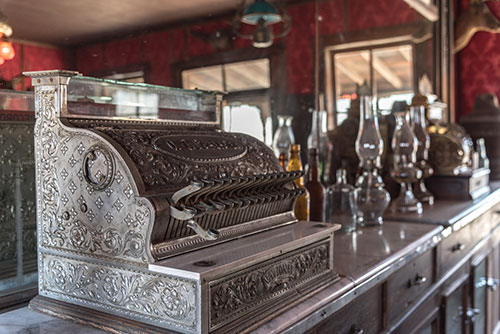 It wasn’t long before the government changed the nickel design mid-year to add “cents” to the reverse. Josh Tatum was taken to court by all of the storeowners he had cheated, but he wasn’t convicted. Seeing as he had never requested change back or stated that he was giving them a coin worth $5, it was the store owners who had made the mistake and cheated themselves out of money. However, a law was soon passed outlawing the defacement of US coins, such as gold-plating.

At least, that’s how the story goes. So how much of it is true?

Was Plating the Reason for the Design Change?

The original V nickel – without “cents” – was released to the public on February 1, 1883. In the February 11 edition of The New York Times, a press release from Washington, DC (dated February 10) was printed, indicating the first hint of a problem. It stated, “Chief Brooks, of the Secret Service, says that he regards [the new nickels] as very dangerous coins… a thin plating would enable persons to pass them off in some places as gold coins of a new issue.” 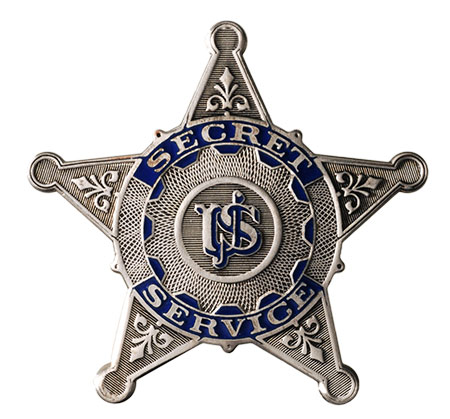 Plating was a concern from the very start, and only 12 days after their release, gold-plated nickels were found in Washington, DC. “The new five-cent nickels are so perfectly gold-washed as to deceive any ignorant persons and pass readily among them for new five dollar gold pieces. The fact was discovered here to-day,” announced a February 12 press release from Washington, DC, printed in the Daily Independent of Helena, Montana.

However, this was not an isolated incident – more and more plated nickels were reported, and citizens were advised to inspect their change carefully. Many papers printed detailed descriptions of the differences between the two coins, hoping to help consumers know the difference.

By February 15, the Treasury Department had begun discussing whether it may be necessary to withdraw the new coins from circulation, but a decision was not immediately reached. Many within the government, including Secretary of the Treasury Charles Folger, felt it was unnecessary to alter the design.

In the meantime, the plating continued. On February 23, the Statesville Landmark of North Carolina stated that “the new coin is being largely gilded at the North and passed for the $5 gold piece.”

Around this time, Secretary Folger had accepted the need to add “cents” to the design, but A. Loudon Snowden, Director of the Philadelphia Mint, began fighting the change. He went to Washington, DC to plead his case, stating that the silver three-cent piece had its denomination only marked by a Roman numeral, and there was no issue with it being plated in gold and being mistaken for a $2.50 gold piece.

As can be expected, this argument didn’t succeed. After a few more weeks of deliberation, new reverse dies were begun by March 11.

Records make it clear that the design change was prompted by gold-plated nickels being passed off as $5 gold pieces. It was a widespread issue, leading to arrests all across the country by early April of 1883, including California, St. Louis, Louisiana, Nashville, and Boston.

Very few names were released in connection with the plated nickels. G. F. McCord, alias “Mack”, was arrested in Morgan City, Louisiana, and a pair who gave the names John Williamson and William Williams in St. Louis. The most publicized individual was William C. Woodward, an alleged accomplice of the pair from St. Louis, who ran from police when initially found. No record naming Josh Tatum in 1883 has been found.

In fact, the original discovery of the gold-plated nickels was in Washington, DC. Tatum is canonically from Boston, so it can be assumed that even if he did exist, he was not the mastermind behind the original pieces that got the government’s attention.

Many sources state that the first mention of Josh Tatum by name was in a 1968 book titled Counterfeiting in America by Lynn Glaser. A few sources note a 1965 article in the Independent Press-Telegram of Long Beach, California, that tells his story, but neither of these is the first reference.

An article titled “Miss Long Tells Story for Group” was published in The Southwest Times of Pulaski, Virginia, on December 14, 1958. It states that Miss Willie Long told the story of Josh Tatum at a recent meeting of the Southwest Numismatic Society at the YMCA.

Almost all of the details included there are still present in the story, and it’s a fairly thorough account. She included details such as how much he earned from the scheme, how he went about spending them, and that he was a deaf mute. The story was reworded and printed in assorted publications over the next decade, and eventually found its way into Glaser’s book.

However, 1958 is still a far call from 1883. It certainly isn’t proof that Tatum existed. There were clearly many con men who plated the nickels and whose names were never widely released, but we do have to wonder why he suddenly came up in 1958. Where did Miss Long get her information? Or did she make it up?

Were the “no cents” V nickels plated and passed off as $5 gold pieces? Yes, across the country and by many different people.

Did this prompt the government to change the design? Yes. They resisted for a few weeks, but as the problem grew it became unavoidable.

Was Josh Tatum one of the people who plated them? We don’t know. The first mention of his account that has been found is from 1958, which raises some eyebrows. However, it was previously thought that the first mention of Tatum by name was in 1965, so this puts his story seven years earlier. Maybe there are more records out there, waiting to be discovered.