As collectors, we all have times in our lives when we push the hardest to build up our collections.

For E. Horatio Morgan, that time was the late 1980s and early 1990s, when the market was abuzz. Major collections were coming to auction at a breakneck pace, coin shows were packed with collectors and dealers, memberships in specialty organizations were de rigueur among dedicated collectors, and PCGS and NGC were new. The last development helped drive the coin market to new, short-lived highs for common, high-grade coins, while amazing rarities like the 1894-S dime and the 1876-CC twenty cent piece could be had for well under $100,000.

E. Horatio Morgan (a pseudonym used to provide privacy to the surviving family of this now deceased collector) ignored all the buzz and hype, focusing on select type coins, major rarities, and silver dollars, half dollars, and dimes from the 1790s to the 1890s. He pursued the dimes and especially the half dollars with singular zeal, building a set of the latter that was nearly complete, not only by date but also by die marriage in the early series.

When it was sold in our November 2019 Baltimore auction, the primary half dollar collection of 1794 to 1836 issues was missing just a dozen Overton varieties (chiefly Rarity-7 and Rarity-8 varieties and not including the unseen 1795 O-118 and the experimental Crushed Lettered Edge Proofs).

E. Horatio Morgan remained a very low-key collector, despite amassing rarities like the aforementioned 1894-S dime, an 1838-O half dollar, and 1884 and 1885 trade dollars over his relatively brief active collecting period. He enjoyed his collection at home while building it via mail order purchases and bidding through agents at auction. He relished every coin, whether it was a well-worn common variety Draped Bust half dollar or one of his pride and joys, the 1838-O.

Though by his own design, his collecting activities went mostly unnoticed, his efforts have been memorialized in a series of Stack’s Bowers Galleries auctions that began with our August 2019 ANA Auction and continued with our November 2019 Baltimore Auction referenced above, while duplicates from his massive half dollar holdings were sold in our March 2020 Santa Ana Auction.

Given the great demand for a diminished supply of coins coming to market in the coronavirus era, we decided to offer further duplicates from the E. Horatio Morgan Collection in the September 2020 Collectors Choice Online (CCO) auction, representing the last large offering from this grand collection. We encourage collectors to peruse the auction listings carefully, as this sale contains not only many affordable type coins but also numerous scarce and significant die marriages and varieties in the half dollar denomination from its inception in 1794 through the Liberty Seated series.

Click Here to View and Bid on All Lots 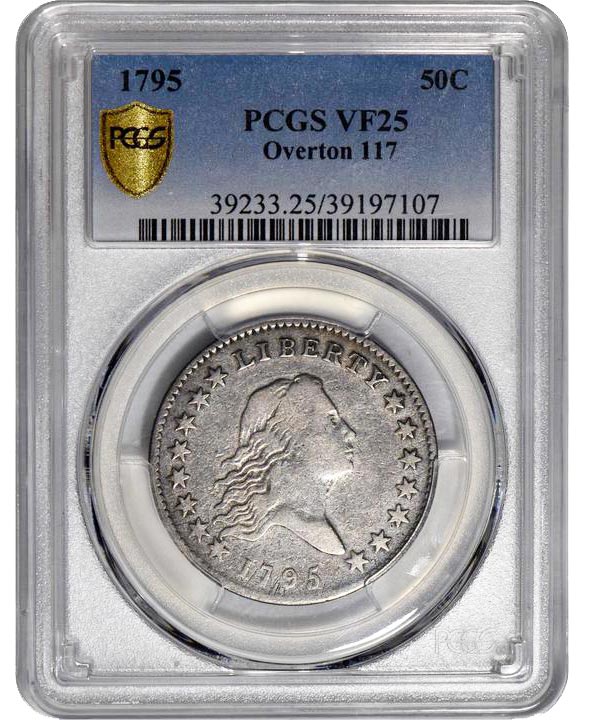