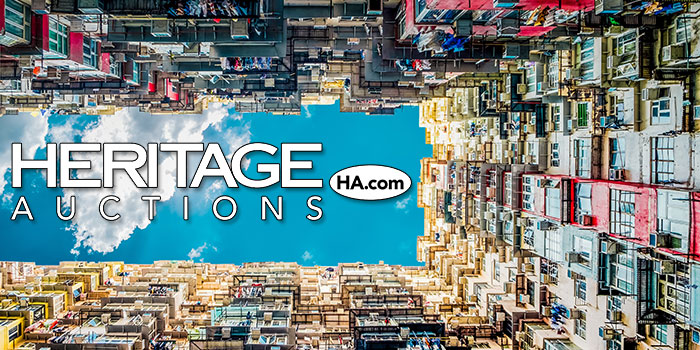 While it has perhaps become a bit of a cliché between both novice collectors and industry veterans that the last couple of years have seen the strongest surge in the prices and collecting activity surrounding rare coins that the hobby has ever witnessed, the particular relevance of this phenomenon to the Asian coin market deserves a special acknowledgement.

While coin collecting has an ancient history in China, long one of the “sleeping dragons” of the hobby, it has only been in recent years that this fascinating area of numismatics has awakened with full vitality – and awakened it has, with the prices for series rarities jumping multiples of times between auction appearances, setting record after record, and continuing to astonish the public.

Establishing itself as a byword for success and innovation within the Asian coin market, Heritage Auctions’ semi-annual Signature events held in tandem with the Hong Kong International Numismatic Fair (HKINF) present one of the top occasions for collectors, investors, and enthusiasts alike to see some of the best pieces the market has to offer.

Following the resoundingly warm welcome of our Platinum Session venue to the sale last December, we are proud to make this a permanent addition to our Hong Kong showcase with our July 7-9 Hong Kong Auction, making it easier than ever for us to bring the highlights of the hobby to center stage as never before, allowing our bidders to confidently add treasured pieces of history to their own collections.

Regulars of our last several Hong Kong auctions will be familiar with the Glorium name, with the latest installment falling seamlessly in-step with the excellent selection we have presented thus far. It is led by the finest-certified Tai-Ching-Ti-Kuo Dollar of 1908, certified MS67 by PCGS. Following quickly on its heels are two astounding entries from the Republic: an MS62 NGC-graded Year 26 Sun Yat-sen Pattern 50 Cents-the “sister coin” to the full Dollar Pattern we offered in December-and what is almost certainly one of the finest known Chang Tso-lin silver medals (MS63 NGC), produced not long after his entry into Beijing and proclamation as Generalissimo. The collections of Tony Ma and Rulin Wei allow a further appreciation of the Republican series, including an early Yuan Shih-kai 1919 gold 10 Dollars from the former, together with the joint-finest “Three-Quarters Facing” Yuan Shih-kai Pattern Dollar (MS64 NGC), a Choice L. Giorgi-signed Plumed Hat Pattern, and both large and small characters Dragon and Phoenix Dollars from the latter.

A newer area of growth in Chinese numismatics is the enigmatic so-called “fantasies” produced for collectors and travelers alike in the decades preceding the outbreak of the Second World War. Long neglected since Kann’s time, these coins have bloomed into a collecting field of their own.

Also coming from the Tony Ma Collection is an impressive Fantasy ½ Dollar or 50 Cents, representing one of the first we have been able to locate coming to auction since the Goodman sale. A run of Imperial-style gold 5 Dollar fantasies (also from Ma’s holdings) culminates in an astoundingly rare Kuang-hsü 10 Dollars — a denomination missing from both Goodman and Farouk and unknown to Kann. These fanciful creations of private smiths nicely complement and dovetail with what is one of the most expansive showings of vintage Republican silver Dollars we have ever offered, showing a particular strength in the emissions of Yuan Shih-kai, Sun Yat-sen, and the aforementioned Li Yuan-hung.

Bidding on this auction is open now at Coins.HA.com.