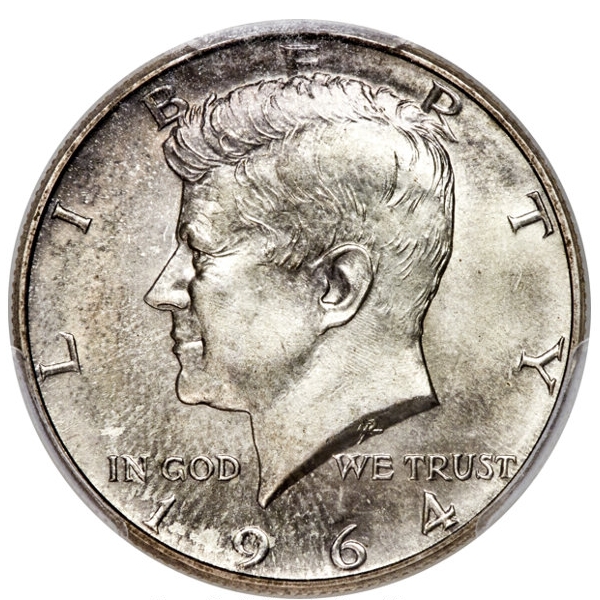 A 1964 Kennedy Half Dollar sold for a world record $108,000, making it the most expensive coin of its type, during a public auction of rare U.S. Coins held Thursday, April 25, 2019, by Heritage Auctions. The rare example of the rather common piece of pocket change is one of about a dozen special issues struck in 90 percent silver and 10 percent copper for special coin sets issued by the U.S. Mint during the mid-1960s.

The sale smashed the $47,000 previous world record price, set by Heritage Auctions in 2016. Both the seller and the winning bidder wish to remain anonymous at this time. Heritage Auctions presented the coin at an auction during the Central States Numismatic Society (CSNS) Convention just outside of Chicago in Schaumburg, Illinois.

“This is the ‘king of Kennedy half dollars,'” said Todd Imhof, Vice President at Heritage Auctions. “It seems we were very successful in attracting all the right bidders to this modern rarity and collectors did not want to miss the opportunity to own one of the United States’ rarest Kennedy Half Dollars.”

Special mint set coins are characterized by a better-than-average strike, the result of higher-tonnage coin presses than those used for coins intended for general circulation. The example sold at auction on Thursday is valued for its rarity as well as its unique, satiny surface condition.