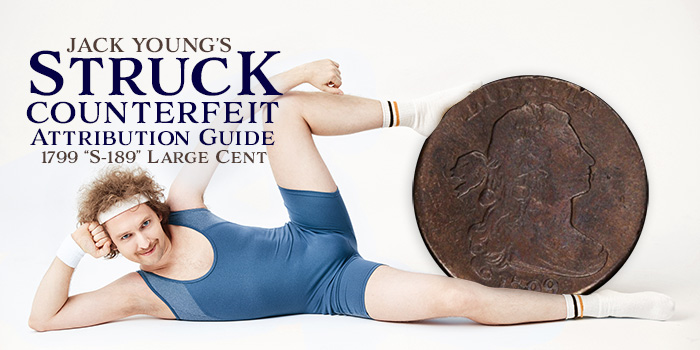 This article is intended as a continuing summary of the deceptive struck counterfeits documented to date; it is unique in that only one struck example has been reported, and it is one of the “Kings” of early large cent collecting. The probable source coin is well documented and was recorded twice in the TPG’s online variety summary, as it was removed from its initial slab and re-slabbed at a later date with the same grade. Probable Source for the only known struck example

This “variety” was first known from a single example discovered in a submission package to one of the major TPGs back in the winter of 2015; that particular group eventually proved to include several struck fakes (11 different early copper varieties in total), and the images were graciously shared with the members of Early American Coppers (EAC) and ultimately posted as a group on the EAC Blog tab of the website.

After reviewing the group of suspected counterfeits the search was on for other possible matches; for the 1799 “S-189” this turned out to be an interesting ride, and one could wonder from the research results if no one loves the source, as it traveled from one selling venue after another, as well as multiple appearances at the TPG.

The other significant result of the research is (as it continues going forward) this is the only variety we have seen to date with only one documented fake example; many of the other “varieties” include up to eight struck clones, so to have only found one of these is certainly troubling!

And, referencing the repaired source for the documented fake 1793 “S-5” Wreath cents, it is possible this source was also superficially repaired prior to the dies being completed, leading to more questions about what else is out there! As noted in all the previous research articles on this subject, a time-line proved helpful in trying to piece together the history of these, especially with all the apparent twists and turns this well-travelled source coin took. Noting in this comparison the “struck counterfeit” coin carries the same main sister marks of the probable source on the left, BUT the planchet voids/issues on both sides have been doctored out and the double leaf above “NE” has apparently been re-engraved per the following comparison to a genuine example: More attribution pages are curently in process; the focused team of watchers/researchers on our Facebook page “Dark Side” continues to be vigilant in the documentation and communication of these latest deceptive threats to our hobby!