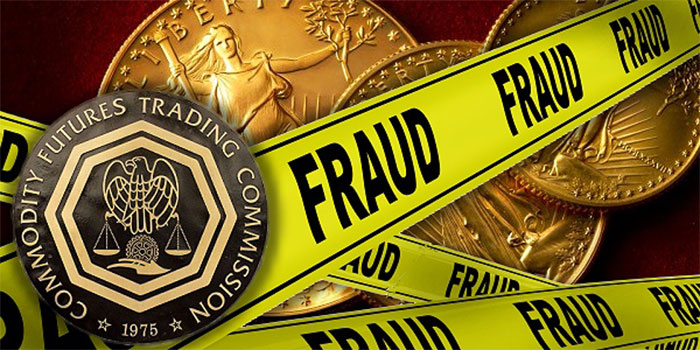 On Wednesday, October 5, 2022, the Commodity Futures Trading Commission (CFTC) announced that it filed a civil enforcement action in the U.S. District Court for the District of Delaware against a precious metals dealer, Argent Asset Group LLC, and a precious metals depository, First State Depository Company, LLC, both of Wilmington, Delaware, and their owner, Robert Leroy Higgins of West Chester, Pennsylvania, charging them with fraud in connection with a multimillion-dollar precious metals scheme.

In continuing litigation against the defendants, the CFTC seeks restitution, disgorgement, civil monetary penalties, permanent trading and registration bans, and a permanent injunction against further violations of the Commodity Exchange Act (CEA) and CFTC regulations, as charged.

“As this enforcement action shows, the CFTC will vigorously investigate and seek to hold accountable those who make false promises and misappropriate customer funds,” said Acting Director of Enforcement Gretchen Lowe.

The complaint alleges that from approximately January 2014 through the present, Argent and FSD, acting as a common enterprise controlled by Higgins, engaged in a fraudulent and deceptive scheme to solicit and misappropriate at least $7 million in funds and silver from at least 200 customers in connection with a fraudulent silver leasing program referred to as the “Maximus Program”. The complaint further alleges Higgins either directly engaged in deceptive conduct in furtherance of the scheme or did so indirectly by virtue of his being the control person of Argent and FSD.

As alleged in the complaint, the Maximus Program purported to offer customers guaranteed monthly lease payments in exchange for the use of silver purportedly purchased from Argent or silver owned by customers. Customers were told they would earn a monthly “lease” payment based on a sliding scale that in part depended on the amount of silver the Maximus customers leased to Argent. Customers were falsely told, among other things, that Argent would acquire silver on their behalf, that FSD would securely store it in a storage facility, and that these investments in silver were guaranteed and fully insured.

As alleged in the complaint, the defendants’ fraudulent scheme was not limited to the Maximus Program. The defendants misappropriated other client assets and misled and deceived those clients when they attempted to withdraw their assets or transfer them to another depository. In addition, the defendants lied about the insurance coverage FSD maintained and failed to adequately insure its clients’ assets despite representations and guarantees it made to the contrary.

The CFTC acknowledges and thanks the Financial Conduct Authority in the United Kingdom for their assistance in this matter.

The Division of Enforcement staff members responsible for this action are Erica Bodin, Michael Loconte, Brian A. Hunt, Michael Solinsky, and Rick Glaser.